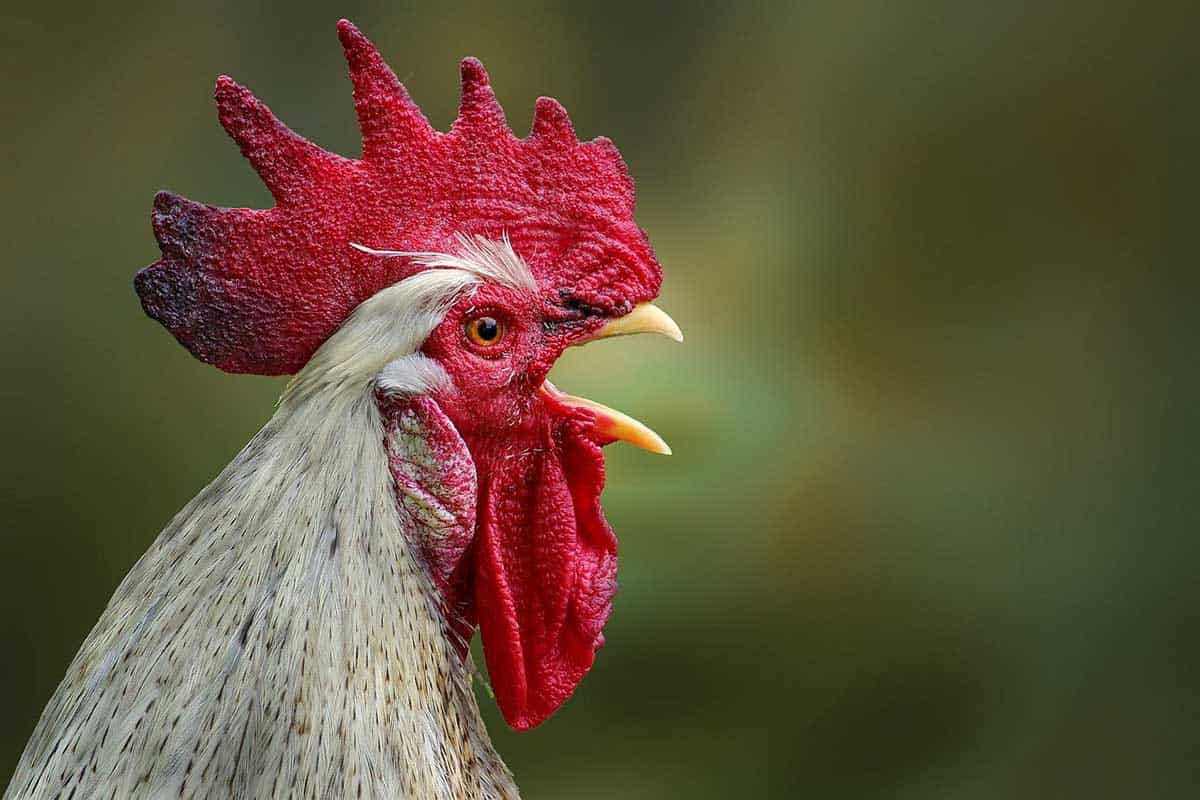 Eyes are among the most important parts of an animal’s body, especially if they live in the wild. Most animals with eyes on the side of their heads are prey animals, and having this feature allows them to have a larger field of vision.

However, not all animals in this group are prey that always hides from predatory animals. Some of them are also known to be predators and hunters in their habitat. Let’s take a look at 12 of these animals and learn more about them!

12 Animals with eyes on the side

Chickens are a type of bird that you can find almost anywhere. In the United States, they’re raised as pets in backyards as well as commercially on farms. Their natural habitat is a coop or barn, but they can also be kept outside if they have access to shelter from extreme weather.

Chickens are adaptable; they can live in any climate as long as there is food and water available. These creatures have eyes on the sides of their heads, which is a common feature of birds. It allows them to see in all directions at the same time, which helps them avoid predators while foraging.

There are numerous goat species found in Asia, Africa, America, and Europe, with the domestic goat being the most common. Domestic goats are mammals raised for their milk and meat, as well as their skins. These creatures are herbivores, which means they only eat plants.

These mammals, like dogs, are intelligent and curious. Most goats have eyes on the sides of their heads rather than directly in front, as humans do. This gives them a wider field of vision than we do, allowing them to see predators approaching from all directions at the same time.

Rabbits are small mammals with large ears and eyes on both sides of their heads. They’re found in many different habitats, from desert to forest, and range from the size of a hamster to an average-sized dog. Rabbits are herbivores who eat a variety of foods, such as vegetables, pellets, and grasses.

They also eat flowers and fruits, and their teeth continue to grow throughout their lives to help them chew their food. These animals live underground in burrows or holes dug by other animals. Rabbits also live near trees or bushes where they can easily hide from predators such as foxes or wolves.

Deer can be found in a variety of habitats, ranging from forests to mountains, but they never stay in one place for long. They’re always on the move, looking for new places to eat, drink water, and rest before their next big adventure. There are 43 different types of deer, and if you live in North America, you’ve probably seen a White-tailed deer (most common in the continent).

Since deer are prey animals, they must be able to see predators approaching. These animals have eyes on the sides of their heads so that they can always keep an eye on what is going on around them.

Horses are one of the most beautiful animals on the planet, and they have long been domesticated. They have many qualities that make them ideal for riding and breeding. These creatures are herbivores, which means they only eat plants. Horses spend the majority of their day grazing on grasses and plants near water sources.

These animals live in herds and communicate with one another through vocalizations and body language. Approximately 400 species of horses are found throughout the world, and they live in various regions depending on the species.

Sharks are sea creatures that live in the ocean, and their eyes are located on the sides of their heads rather than on top, like other animals.

Sharks can be found all over the world, most of them living in tropical and temperate waters, but some also inhabit the Arctic Ocean. Unlike other animals that have their eyes on the sides, sharks are predators who hunt for prey.

Their sharp teeth are designed to help them catch whatever prey they desire, and their jaws can open very wide to swallow the majority of their prey.

Ostriches are large flightless birds from Africa. They’re the largest living bird species, standing up to 9 feet tall and weighing up to 300 pounds. Their body is mostly covered in black feathers and white tails. They also have long necks and legs.

This bird species has large eyes on each side of its head that are larger than its brain, allowing it to see 360 degrees without turning its head. Ostriches are also known to be extremely fast runners, capable of reaching speeds of up to 70 kilometers per hour.

The tortoise is a land-dwelling reptile. Since they’re slow-moving animals, they have eyes on the sides of their heads, which allows them to see in all directions and easily avoid incoming predators.

These reptiles live in a variety of habitats, including deserts, prairies, forests, and grasslands, where they feed on grasses, leafy vegetables, and flowers. Tortoises have been known to live for up to 150 years, and there are approximately 49 species found all over the world.

Elk are large, deer-like animals found in northern North America and Russia. They have long legs, sleek bodies, and antlers on their heads that can reach up to four feet.

In the summer, these majestic animals eat grasses, twigs, leaves, and berries, and in the winter, they eat bark, twigs, and shrubs. They can also reach top speeds of 40 miles per hour. Elk are social animals that live in groups called herds of 200-400 individuals that stay together all year.

Capybaras are large rodents native to the Americas. They live in groups of 50 or 100 individuals and can weigh up to 135 pounds each. These animals have eyes on both sides of their heads, allowing them to see things on both sides at the same time.

You may also like:  9 Animals With Armor (With Pictures)

This enables them to catch prey while avoiding predators. Since they’re semi-aquatic animals, they live in grasslands, marshes, and swamps that are near rivers or lakes. This makes it easier for them to find food and drink water.

The iguana is a herbivorous lizard found in tropical Mexico, Central and South America, and the Caribbean. Male iguanas are known to be aggressive and will fight off other lizards that enter their territory.

These animals have three eyes: two on each side of their head and one on the top. The third eye, also known as the parietal eye, isn’t visually oriented but can detect light and movement.

Octopuses have many distinguishing characteristics. They have eyes on either side of their heads that can only see black and white, but their pupils can help them detect colors in order to help them mimic their surroundings. You can find octopuses in oceans all over the world, but the majority of them live in tropical waters.

These incredible creatures are extremely intelligent and active hunters. They can open jars and perform complex tasks to obtain food, such as crabs, fish, snails, and even other octopuses.