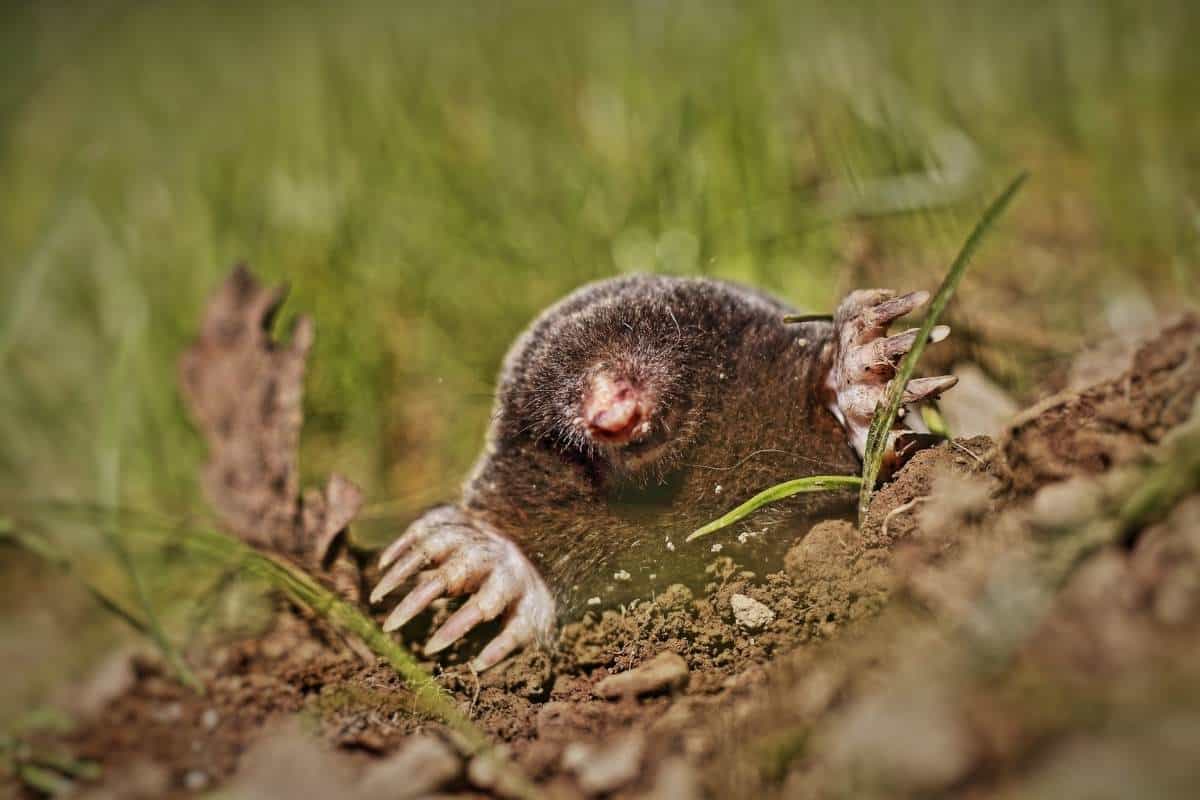 There are many reasons why an animal would have small eyes, including living in a dark environment where they don’t need to see well. However, not all animals with small eyes are nocturnal or live in the dark.

In this article, we’ll discuss 13 of the species that belong to this group of animals, as well as some information about them that’ll help us understand why they have this characteristic.

A mole is a small burrowing mammal with an extremely high metabolism, which requires it to eat almost continuously. They’re solitary animals and only come together for mating. Moles live underground and have adapted to their environment by developing a number of distinct characteristics over time.

Their eyes are extremely small, which makes sense given that they spend the majority of their lives underground, where there is no light. These animals also have short legs and long bodies, which allows them to move easily through tunnels that are too narrow for larger animals.

Elephants are the world’s largest land mammals. They have a wide range and can be found in Africa and Asia. The African elephant has a larger body than the Asian elephant, and both species have different characteristics.

Despite their large bodies, elephants have small eyes that are about 1.5 inches. They also have long eyelashes that keep dirt and debris out of their eyes.

These animals live in herds and are known to be emotionally intelligent mammals. Elephants are emphatic and can detect and respond to others’ feelings and emotions.

Mongooses are small carnivorous mammals native to Africa. They have pointed snouts and sharp teeth, allowing them to consume insects and other small animals. Mongooses live in a variety of environments, including forests and woodlands.

Although these animals have small eyes, one of the characteristics that makes them excellent hunters is their vision. They have panoramic vision due to their horizontal pupils, which allows them to see more of their surroundings. This enables them to hunt and catch prey such as insects, rodents, birds, and frogs.

Foxes are small, furry mammals that live in a wide range of environments. They’re found throughout the northern hemisphere but are most common in North America and Europe.

These animals have small, narrow eyes that make them appear to be squinting all the time. Their eyes enable them to see and hunt at night, and they have been observed to have glowing eyes in the dark.

Foxes also live underground in dens or burrows, raising their young until they’re old enough to leave the nest.

The wombat is a marsupial native to Australia. It’s the largest burrowing mammal in the world, weighing up to 77 pounds. They’re also the second largest marsupial next to the kangaroo.

This creature has a round, barrel-shaped body, short, stumpy legs, and tiny eyes and ears. Wombats live in burrows that they dig themselves and can be up to 30 meters long.

You may also like:  10 of the Largest Venomous Snakes in the World

They’re also known to build their homes next to streams or creeks in order to have easy access to water when needed. These creatures are nocturnal animals that spend most of the day sleeping and only emerge to look for food at night.

Shrews are small, mouse-like mammals that live in burrows and eat insects, worms, and other invertebrates. It has a pointed snout and small eyes that help it in finding food in its dark environment.

They can be found almost anywhere but prefer tropical and temperate climates. These carnivorous animals are also voracious eaters, requiring 200 to 300% of their body weight daily to thrive in their environment.

The walrus is a large marine mammal that lives in the Arctic Ocean. It has a thick layer of fat on its skin that keeps it warm when the water is freezing.

Walruses are related to seals and sea lions, despite their distinct appearance. Compared to their relatives, walruses have small eyes. When hunting for food at night or in murky conditions, their whiskers help them “feel” their way through the water.

Platypus is a semi-aquatic egg-laying mammal found in freshwater streams and rivers throughout eastern Australia, Tasmania, and New Guinea. They’re distinguished by webbed feet and a duck-like bill.

These animals have small eyes that close along with their ears when they dive underwater. While swimming underwater, they use their bills to look for and hunt for food.

Platypuses also have many distinguishing characteristics, such as electroreception and venomous spurs on their hind feet that they use to defend themselves against predators.

Scorpions are arachnids with venomous tails that can inject a lethal dose of neurotoxins into their prey. They’re nocturnal hunters who live in underground burrows or under logs and rocks.

Scorpions have extremely small eyes and poor vision. Still, they use them to distinguish between light and dark and detect movement. These creatures primarily consume insects, spiders, and even other scorpions.

Caterpillars are butterflies and moths’ larvae. They’re distinguished by a cylindrical body with ten segments and, in some cases, a soft, hair-like covering called setae.

These insects typically have 12 small, light-sensitive eyes (6 on each side). Despite having a large number of eyes, caterpillars have poor vision and can’t see images. These larvae use their antennae to detect food and use their eyes to detect light.

Starfish are sea creatures with five or more arms and a central body. Clams, mussels, barnacles, snails, sea cucumbers, and other sea creatures make up the starfish’s diet. You can find starfishes in all oceans, but they prefer warmer waters.

They have tiny eyes that are situated at the tip of their arms. The number of eyes that starfishes have is also proportional to the number of arms they have.

These animals are among the largest on the planet. They can reach 98 feet in length and weigh up to 200 tons.

You may also like:  12 Common Animals That Eat Seeds (Granivores)

Whales can be found in every ocean on the planet, from the Arctic to the Antarctic. Despite their large body size, whales’ eyes are small because these animals have evolved to rely on their hearing rather than their vision.

Armadillos are one of the most extraordinary animals on the planet. These nocturnal mammals are known for their toughness and can be found in nearly every habitat in North and South America.

Armadillos have the ability to dig deep into the ground, and they also have small eyes that are very sensitive to light. These animals are also known for their distinctive armor-like shell, which protects them from predators in their environment.