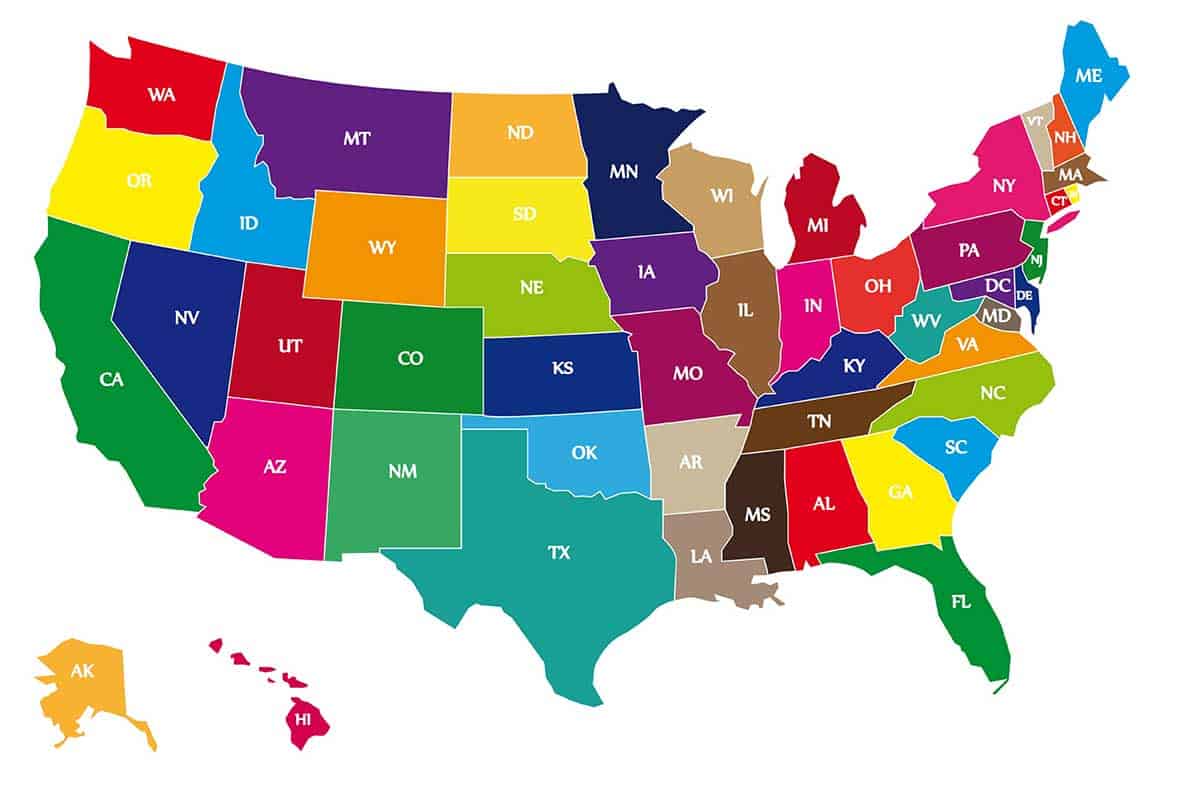 In the colder regions of the country, such as the northern states and Alaska, wildlife includes species such as moose, caribou, wolves, and polar bears. The central and eastern states are home to a variety of deciduous forests, which support species such as white-tailed deer, black bears, and beavers. The western states, particularly those in the Mountain West, are home to a variety of species adapted to life in high altitudes, including bighorn sheep, elk, and mountain lions.

We have wide range of habitats and ecosystems that support a variety of species. The country’s varied climate zones and topography contribute to the diversity of its wildlife, with different species found in different regions of the country.

Each state in the United States has a unique ecology, shaped by its climate, topography, and natural resources. Click any state below to see some animal lists that reside in that state.

All regional wildlife in the United States