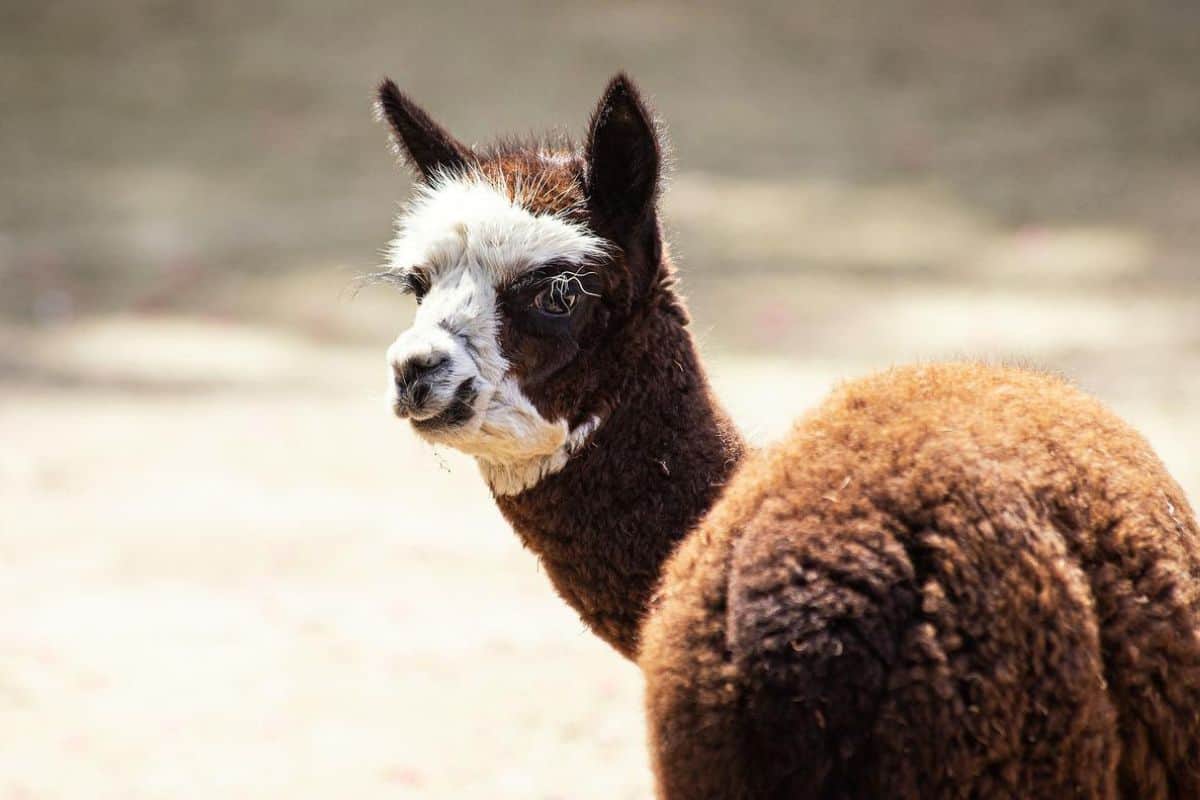 Alpacas are unusual-looking creatures that have long necks and soft fur that can be used to make various articles of clothing. These animals are also known for their rather friendly personalities, which has made them a popular pet for those people who have room for them.

Even though alpacas have a unique appearance, they are not the only animals out there that have an extra long neck and long legs. In fact, it is not uncommon for alpacas to be confused with other animals. Keep on reading to learn more about animals like alpacas.

There are a few different animals like alpacas, such as llamas, that share many of the same traits between them. These traits can be physical, such as a long neck, or more regional, such as where they are from.

We’ve also included some animals on the following list that aren’t quite as similar to alpacas as llamas, but do have a few similarities. No matter what the similarities are, knowing the difference between these animals is your first step in truly understanding alpacas and the other creatures like them.

Llamas are by far the animal that is most commonly confused with alpacas. Just look at a picture of a llama and an alpaca side by side and you can quickly see why. Both animals have the same body shape and long neck.

However, llamas are much larger than alpacas, and are typically not as friendly. Both the alpaca and the llama are primarily found in Bolivia and Peru.

Despite their similarities, llamas and alpacas were actually bred for different reasons. Llamas were bred as pack animals, while the alpaca was bred for their wool. With that said, however, llamas are sometimes used for their fur as well, but it isn’t nearly as common and not considered as desirable as alpaca fur.

Like alpacas, llamas are native to South America and were domesticated over 5,000 years ago. However, llamas are bigger than alpacas and can grow to over 6 feet tall and weigh as much as 450 pounds.

Camels and alpacas are not only in the same family, but they both have a long neck and can spit foul smelling liquid. They also share a similar diet, consisting of grasses, grains, and hay. That, however, is where the similarities end between these two animals.

Camels are much larger than alpacas and can weigh over 2,000 pounds, while the alpaca reaches weights of less than 200 pounds. Camels also have shorter fur than alpacas, and either have one or two humps on their backs.

The Dromedary camel is recognizable by a single hump, and brownish hair. Adults are around 7 feet tall and 1,600 pounds, making them larger animals than alpacas. Similar to alpacas, they have become common domestic animals.

You may also like:  10 Types of Animals with the Best Eyesight (Pictures)

Both animals have a similar build, with long thin legs and a long snout. Dromedary camels are more capable of surviving in hot and dry climates. They are native to Africa, the Middle East, India, and Australia.

The Bactrian is one type of camel that is like alpacas. Bactrians are distributed through regions of China and Mongolia and are larger than alpacas. Measuring to the hump, adults are an average of 7 feet tall.

These camels can reach up to 40 years old. This animal can be recognized by two distinct humps, and is found in the wild and in captivity. Bactrian camels are endangered in the wild, but are a common domesticated animal in multiple regions. Their thick hooves help them withstand rough terrain.

The vicuna is a member of the camel family that looks extremely similar to an alpaca, albeit smaller and with a more deer-like body. They both have that same famously long neck that alpacas are known for, and they are found in the highlands of Bolivia and Peru.

Vicunas wool is considered highly valued, the most valued wool of all the camelids, even more sought after than alpaca wool. Their fur is long, thin, and soft, while the alpaca wool is dense and soft.

Unlike alpacas, which are classified as domesticated, vicunas are wild animals that are listed as an endangered species. They are also rather shy and it is not uncommon for them to run away from people.

Guanacos are not domesticated and are found living in the desert or mountainous ranges throughout Chile, Bolivia, Paraguay, and Peru. Their wool, which is rather coarse, is also not sought after, like alpaca wool is.

You’re probably wondering how an alpaca is like sheep. After all, they are two completely different animals in different families. And sheep don’t even have a long neck.

The reason we included sheep on this list is because, like alpacas, sheep are often raised for their wool. Like alpacas, the wool of sheep is removed from the animal and then cleaned and turned into fibers, which is then used in textiles.

Alpacas and sheep are both domesticated animals that are rather friendly and can make good pets, as well as rewarding livestock animals. Sheep, however, are descendants of wild mouflon found in Asia and Europe.

Sheep are one of the earliest creatures that humans domesticated for agricultural reasons. Along with their wool, sheep are also raised for their meat and milk.

The neck of a giraffe can be 6 feet and weigh as much as 600 pounds, which is much more than the entire weight of the alpaca. While alpacas use their necks to watch out for predators, the giraffe utilizes its extremely long neck to reach for food from tall trees.

Ostriches are another animal that shares a similarity with alpacas: a long neck! While ostriches and alpacas are two completely different types of animals, they both have an impressively long neck that aids them in their life in the animal kingdom.

Ostriches are flightless birds that are native to Africa, and they use their long necks to spot predators from a distance, which is exactly how alpacas also utilize their necks.

Emus are another flightless bird that, like the ostrich, has a long neck. They use this long neck to detect predators from far away, which is also how alpacas use their necks.

Unlike alpacas, however, emus are native to Australia, and weigh between 80 and 130 pounds. It is the second tallest living bird, with the ostrich claiming the title of tallest.

Donkeys were domesticated thousands of years ago, and today they can be found in various countries around the world. These creatures are used for pack animals, as well as companionship, and are similar in size to alpacas.

Adults are a little over three feet at the shoulder, and they can be around 550 pounds. They are stockier in appearance than alpacas, and have large ears.

Domestic cows can be found around the world, and are raised as livestock by people for a number of reasons. Cows are utilized for hide, meat, and dairy. These animals are found on farms in the United States, Canada, Australia, Scotland, and various other countries. Cows are known for grazing on grass, and can be white, black, brown, or a mix of more than one color.

American Bison are found across North America, and humans use them similarly to the way they use alpacas. These animals are hunted for their wool, and have also been used for meat. They are less common than they used to be, due to hunting, and have not been domesticated the way that alpacas have.

American bison are known for grazing, which makes grass one of the main parts of their diet. These animals are a lot bigger than alpacas, reaching anywhere from 1,800 to 2,400 pounds as adults.