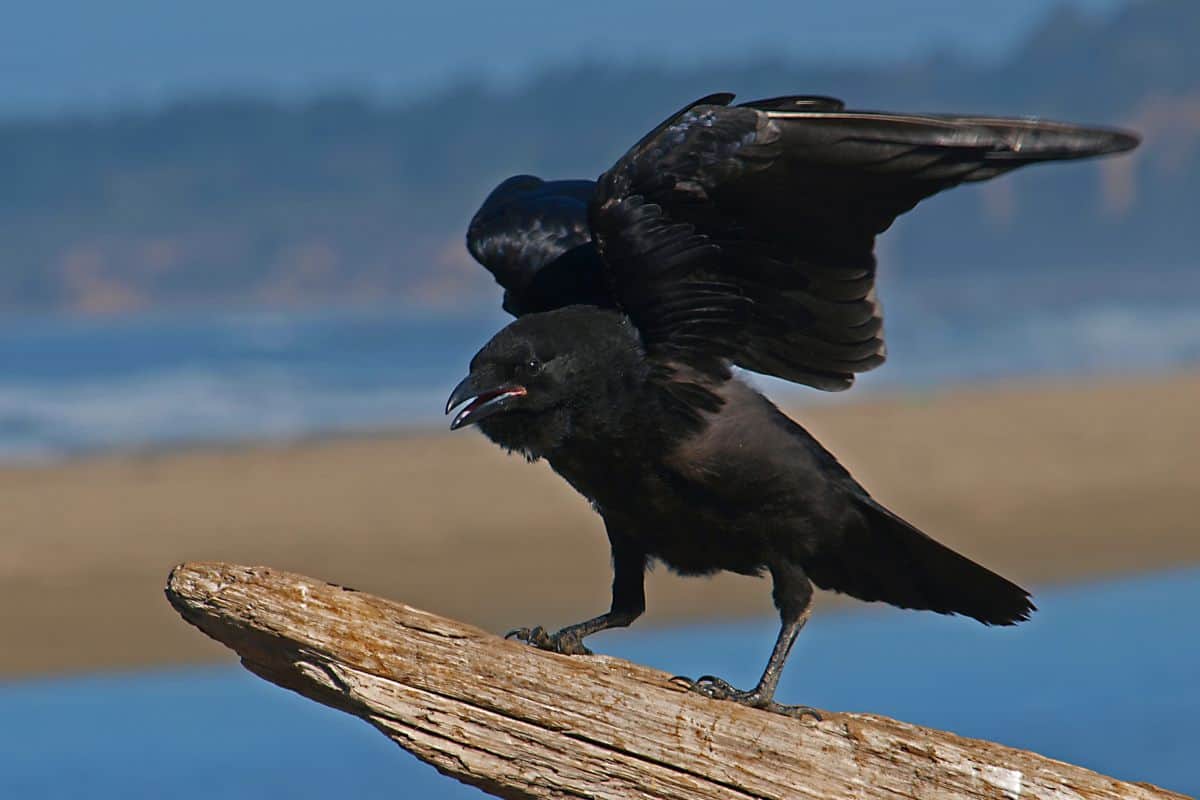 Crows are often associated with the supernatural and death, which is a shame, since these highly intelligent birds are inquisitive, friendly, and can even form bonds with humans. Despite this unnecessary association with the macabre, many backyard bird enthusiasts seek out crows and try to lure them into their yard.

But are the large black birds you see actually crows or impostors? The truth is, there are several other birds like crows that share similar traits and attributes. Keep reading to find out more about these creatures.

If you ask someone to describe a crow, the first thing they will probably mention is that it has black feathers. It is these black feathers that often cause misidentification of various other birds as crows. Ravens and blackbirds, for example, are often confused with crows, but they are far from the only ones.

There are several different birds like crows that are regularly misidentified. Thankfully, once you know which birds have similarities to crows, as well as how they are different, you can accurately identify between a true crow and a bird that merely looks like one.

Ravens are probably the bird most commonly confused with crows, and for good reason. They both share many of the same physical attributes, such as larger sized birds with black feathers.

However, the black feathers of ravens are typically more shiny and they also possess a larger beak. Ravens are also a bit larger than crows, weighing over 2 pounds, while crows typically weight less than a pound.

The grackle is a member of the blackbird family, but has black feathers and a beak, which are similarities they share with crows. Unlike the crow, however, the feathers of the grackle have an iridescent glossiness to it.

These birds also have yellowish eyes which stand out against their black feathers. Some species of grackles can even be twice the size of a crow, while others are smaller and thinner in stature.

While you may not think a blue jay is like a crow, the truth is that both of these birds are members of the corvid family. They also have similar body shapes and thick beaks, though the blue jay can be a little smaller than the crow.

The biggest difference between these two birds, however, is in the color of their feathers. Blue jays have, of course, plumage in shades of blue, black, and white, while crows are black.

As their name suggests, blackbirds are birds with black feathers and beaks, which causes people to confuse them with crows. Despite this similar appearance, these birds are not in the same family.

The main similarity that cowbirds have with crows is their black plumage. They both have a similar diet, consisting of fruits, seeds, and insects.

However, cowbirds are smaller than crows, and they have a brown head, which is something that crows don’t have. They are also more finch-like in size and shape, with smaller bills and smaller heads than that of a crow.

You may also like:  15 Examples of Crustaceans (With Pictures)

Like crows, jackdaws are a member of the corvid family and they share the same extensive vocabulary. Crows and jackdaws also feast on the same types of foods. However, there are some major differences between the two.

While they also have black feathers like crows, jackdaws are not entirely black and feature grayish sliver plumage on their necks, cheeks, and underparts. Another difference between the two is that jackdaws are not found throughout the United States like crows are.

These birds are more often found in Northwest Africa, Central and Eastern Asia, and Western Europe. There has been a small number of jackdaws found in the northeastern portion of North America, although this is typically only from Pennsylvania up to Canada.

Magpies and crows are in the same family and share many of the same traits, and while magpies do have black feathers like crows, they can also have plumage in various other colors, including white, green, and blue.

They both have a body shape that is similar to one another, but the crow is typically larger. They also consume about the same type of food, including seeds, fruits, grains, and insects.

Starlings are another bird that are often confused with crows due to their appearance. Starlings are about the same size as crows and have black plumage.

However, these shiny feathers are speckled with white, which is a tell-tale sign that the bird you’re looking at isn’t a crow. Another difference between the two is that most people consider starlings to be nuisances because they bully other birds away from bird feeders and nests.

Currawongs have black plumage that is similar to crows, but these birds typically have a thinner body with longer beaks and tails. Currawongs are also native to Australia and are not as widespread as their crow cousins. Another difference between the two is that the feathers of the currawong can have a charcoal-like color with a purplish hue.

Another member of the corvid family, the Alpine chough, is often confused for crows due to its black feathers. They both have a similar body type and consume about the same type of diet.

Unlike the crow, however, Alpine choughs have brightly colored bills and feet. The Alpine chough is also not as widespread as the crow, and they are not as commonly seen in backyards.

Rooks are in the same family as crows and have black feathers, which often gets them confused with other members of the corvid family. Rooks are typically a little larger than crows, and their black feathers can have a bluish or purplish glossy sheen when the light hits them.

Typically, rooks are not as widespread throughout the United States as crows, and are native to the Palearctic region.