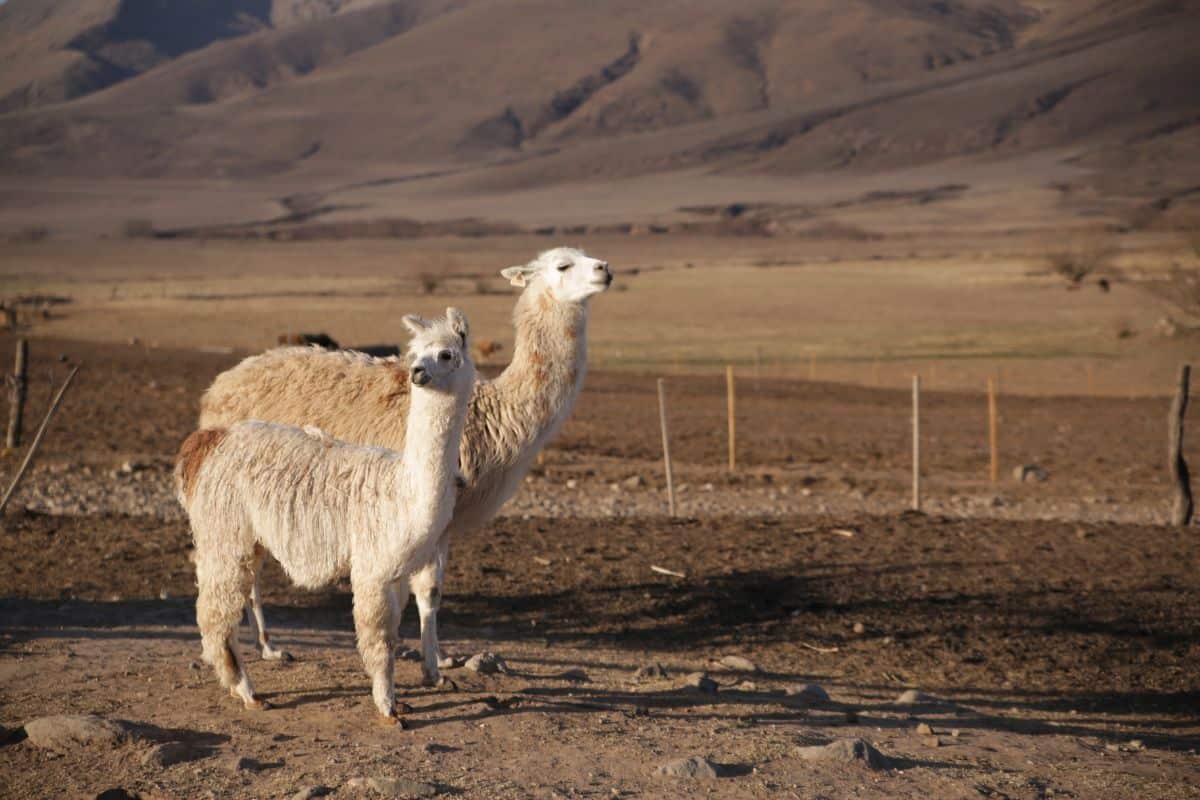 Llamas, or Lama Glama, are native to South America but can be found domesticated in various other regions. These animals are often raised for their wool, or even kept as companions. They have many different behavioral and physical characteristics that set them apart from other animals. However, they also share many of these same traits with certain species. In this article we’re going to look at 9 animals that are like llamas in one way or another, and learn some facts about them.

There are animals found in captivity and in the wild that are like llamas, whether it is for their appearance or region. These nine animals are some of the most similar to llamas found around the world.

How are they like llamas: This camel is considered a distant cousin of the llama, and can also be domesticated.

The Bactrian is one type of animal that is similar to the llama. These camels are larger than llamas, and are distributed through regions of China and Mongolia. This animal can be recognized by two distinct humps, and they can be found in the wild and in captivity.

Bactrian camels are endangered in the wild but are a common domesticated animal in many areas. This camel can reach up to 40 years old, and adults are about 7 feet tall when measuring to the hump. Similar to llamas, their thick padded feet let them handle rough landscapes.

How are they like llamas: They’re related to llamas, and they both have thin legs and long necks.

The Dromedary camel reaches about 7 feet tall as adults, just like the Bactrian, and are also distantly related to the llama. While these animals have a similar build to llamas, they are much larger.

Full grown Dromedary camels can weigh around 1,600 pounds. These animals are found in the Middle East, Australia, Africa, and India.

How are they like llamas: They have a similar appearance and have soft wool., and are also domesticated in South American regions.

Alpacas have a similar appearance to llamas, but are a bit shorter. As adults, they are only about three feet tall. They are native to South America and have been domesticated as livestock and companion animals.

These animals are covered in soft wool, with long necks and pointed ears. They are found in Chile, Peru, and other nearby areas.

How are they like llamas: They have also been domesticated and are used primarily for their wool.

Sheep have been domesticated in various countries, and are often raised for wool, in addition to for meat. These animals are found around the world, and are similar to llamas due to the functions they serve for people. When measuring adults to their withers they will be around three feet tall.

The faces of sheep also resemble the faces of llamas a little bit. Their snouts are long, with long heads and large ears. They belong to the same Order; Artiodactyla.

You may also like:  10 Interesting Facts About Bear Cubs (Pictures)

The American bison can be found in western regions across North America. They are much larger than llamas, with adults being anywhere from 1,800 to 2,400 pounds heavy. Similar to llamas, humans have used these animals for wool for years.

Bison have often been used for meat. They also graze as the main part of their diet, mostly relying on grass and shrubbery. Even though they are often utilized by humans, the American bison is not domesticated the way llamas are.

Like the llama, the Vicuña is native to the regions of Peru, Chile, and Bolivia. These animals have slimmer bodies than llamas, but a similar soft wool. Vicuña thrive in high elevations, and their wool is some of the most expensive in the world.

They have smaller heads and necks than llamas, and as adults will be about three feet tall, measuring at the shoulder. These animals are wild and not as easily domesticated. 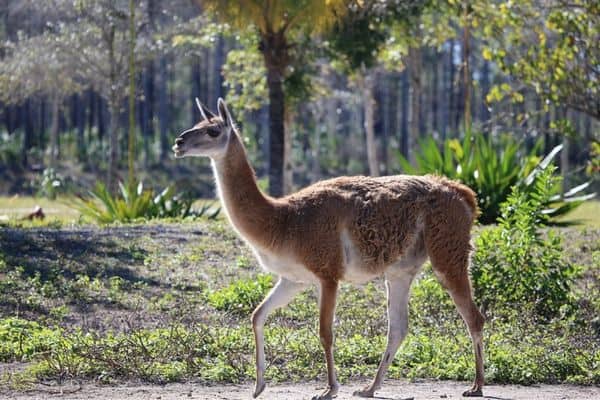 Guanaco are native to South America, just like llamas, and can be found in Peru, Chile, Bolivia, Argentina, and Paraguay. These animals live in the wild regions of the country, and can thrive in mountains and grasslands.

They are covered in a soft brown wool, and reach about four feet as adults. Guanaco do not have as heavy of a build as llamas, and their wool is thinner. 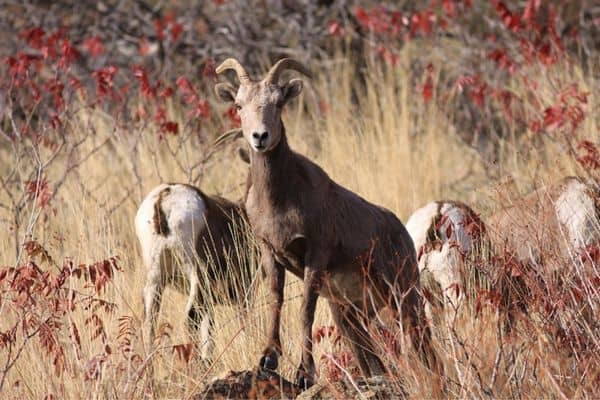 Bighorn sheep look similar to domestic sheep, but have brown hair and large, curved horns. Males are known for ramming these horns into each other when mating season comes around, and adults can weigh around 150 pounds.

They don’t have the same wool as domestic sheep, but have a similar face shape to llamas. These animals have not been domesticated, but are found in the wild mountainous regions of North America. Similar to llamas, they have thick hooved to help them traverse rough land.

Gazelles are wild animals found across Africa that have a similar build to llamas. They have thin legs with long snouts and faces. Unlike llamas, their necks are not as long, and they have thin horns.

There are several animals found around the world that are similar to llamas, whether it is their appearance, connection to humans, or distribution that is considered. Many of these animals have also been domesticated, and are commonly used for wool, meat, or companionship.

You may also like:  9 Examples of Snakes That Burrow (With Pictures)