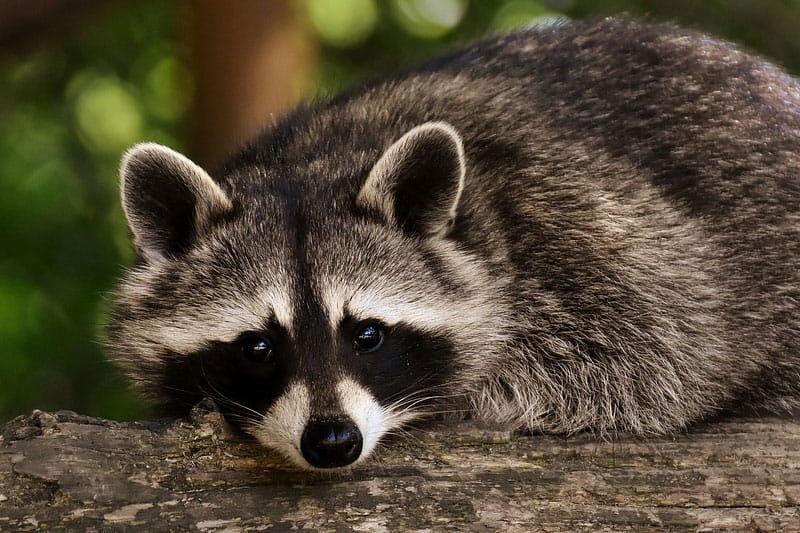 With over 2 million animal species on earth, it is not surprising that there are quite a few animal names containing double letters. Double letters come in the form of consonants and vowels. Some species even have two sets of double letters, like the raccoon that you’ll see further down this list. This article shows 20 animals with double letters in their names.

It is not every day you see a word starting with two A’s, but aardvark is one of these unique words. This unique animal is native to sub-Saharan Africa. Aardvarks have long snouts and sticky tongues perfect for eating thousands of insects.

Another member of the double letter club is a giant reptile – the alligator. This dinosaur-like creature can weigh up to 1000 pounds and grow up to 15 feet in length. Alligators can be found in the coastal wetlands of the southeastern US.

There are five different species of these large monkeys, all of which live in Africa or Arabia. Baboons can weigh up to 82 pounds and be up to 40 inches in length, not including their tails, which can measure up to 23 inches.

Butterflies are colorful winged creatures that start their lives out as caterpillars. They go through a process called metamorphosis to change from a caterpillar to a butterfly. Butterflies do not have noses. Instead, they use their antennas “to smell” and their feet “to taste.”

Cheetahs are large cats native to sub-Saharan Africa. These spotted mammals are known for their speed. They are the fastest land mammals, reaching speeds of up to 70 miles per hour in as little as three seconds.

Chimpanzees are apes native to West and Central Africa. The DNA of humans and the DNA of chimpanzees is actually 98.5% the same, making us closely related to these intelligent mammals.

There are over 60 deer species in the world, all of which have antlers except for the Chinese water deer. Deer can be found on every continent except Antarctica. In the deer family, males are called bucks, females are called does, and babies are called fawns.

Ferrets have long, lean bodies and short legs. These adorable members of the weasel family were domesticated around 2500 years ago and were used for hunting rabbits and other rodents. Today, they are very popular pets.

Giraffes are large land mammals native to Africa. Giraffes have legs measuring up to six feet in length, and their necks can be six feet long as well, making them the tallest land mammals on earth.

The goose is a waterfowl. There are 26 goose species in the world. While the singular form is a goose, it changes to geese when discussing more than one goose. Geese spend time on land and in the water eating grasses and plants.

You may also like:  8 Types of Animals That Imprint (with Pictures)

Like chimpanzees, gorillas have double letters and share a close relation with humans. A gorilla’s DNA is 98.3% the same as a human’s.

There are two species of gorilla, both of which are native to Africa. These gentle giants are known to exhibit human emotions and actions like laughter and sadness.

Leeches are a subclass of worms with a penchant for blood. Many leech species attach to other living creatures to consume their blood. These creatures are found in fresh and marine waters on every continent except Antarctica.

Llamas are pack animals closely related to the camel that are native to South America. They have been domesticated to help natives carry loads of up to 75 pounds for distances of up to 20 miles per day.

These large mammals are the largest members of the deer family, weighing up to 1800 pounds and measuring up to 6.5 feet in height at the shoulder. Moose have large antlers that can be up to six feet wide. Each year, they lose their antlers in the winter and regrow them in the spring.

Otters are aquatic members of the weasel family. There are 13 otter species in the world, most of which live in freshwater except for the sea otter and marine otter that can be found in the Pacific Ocean.

There are 29 rabbit species in the world. Rabbits have long ears and excellent hearing to help them detect predators. Their strong hind legs help them jump long distances and run quickly to escape. These herbivorous creatures eat mostly plant matter.

The raccoon has two sets of double letters. These mammals are characterized by their bandit-like black mask markings and their hand-like paws.

Raccoons are nocturnal, meaning they are most active at night. They will eat pretty much anything they can get their paws on, including human trash, frogs, eggs, small rodents, and more.

Sheep are domesticated animals used for wool, meat, and milk. There are over 10,000 recognized breeds of domestic shape.

Sheep are almost as intelligent as pigs and have excellent memories. Studies show that they can remember up to 50 sheep or humans for years.