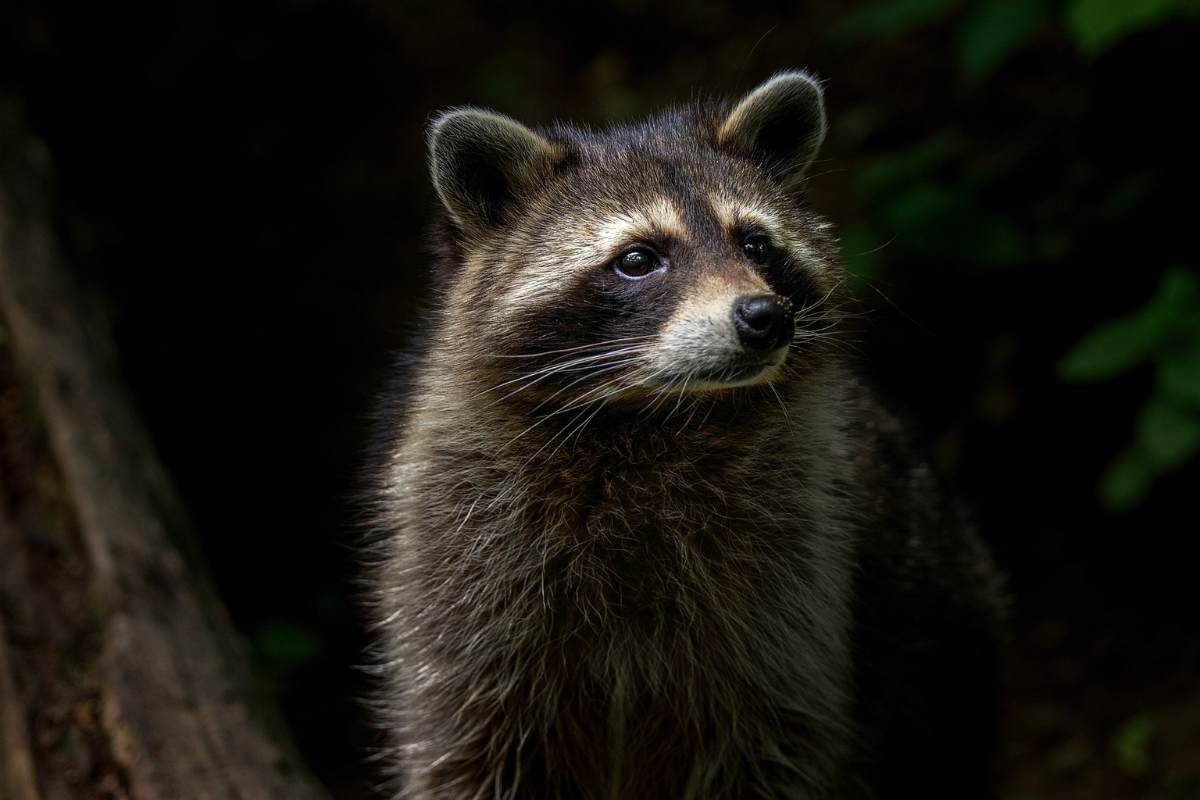 There are three main species of raccoons, along with 22 subspecies. While raccoons are sometimes described as pests, these furry animals are also known for their intelligence.  Raccoons have some unique characteristics that really make these nocturnal animals stand out.

These furry animals are also great problem-solvers and can even be seen washing their food before they eat. So let’s find out more about what makes raccoons different from other creatures in the animal kingdom, and learn about some of their characteristics.

What Is a Characteristic?

Characteristics are the features that define animals and make them distinct. While many animals have shared traits, characteristics can be used to identify an animal and tell it apart from other creatures.

One of the most noticeable features of raccoons are the dark, mask-like markings that they have on their faces. People have compared these markings to the masks worn by a ninja or a bandit.

Raccoons have long, bushy tails that alternate between light and dark rings. Their tails are so distinct that they can be recognized even when they’re not attached to raccoons. In the past, raccoon tails were frequently used to make caps.

Although raccoons can vary in size, their tails typically have between 5 and 7 rings. These tails are always dark at the tip. It’s believed that raccoons use their tails to communicate their location to each other.

The raccoon has thick fur that helps to keep it warm when temperatures drop. Its fur mostly consists of dense underfur. Also known as down, underfur is an animal’s bottom layer of hair.

Typically, raccoon fur is a greyish-brown color, with darker fur across the animal’s body. The fur tends to be very soft, and strands of fur are fairly short. Hairs typically measure between 0.8 and 1.2 inches.

Raccoons have long, pointed snouts. They have white fur around their snouts, as well as a darker stripe of fur that runs from the forehead to the nose. At the end of the snout is a shiny black nose.

While raccoons don’t have an unusually strong sense of smell, they use this sense to communicate with each other and orient themselves in the dark. Raccoons leave behind markings to send information to other animals of their species.

A raccoon’s ears are on the shorter side and are slightly rounded at the tip. The tips of their ears are white, and you can also see white fur along the border of the ear.

You may also like:  Moose Population by State (Estimates and Info)

Although raccoon ears are short, raccoons have an acute sense of hearing. Their ears are able to detect sounds beneath the ground, which helps them to find food sources.

At first glance, a raccoon’s hands could easily be mistaken for the hands of a human! Like humans, raccoons have five fingers. While raccoon hands are very dexterous, they don’t have opposable thumbs, which means they can’t grip objects the same way that humans do.

Despite this limitation, a raccoon can do a lot with its hands! Raccoons use their hands to hold food and manipulate objects. Thanks to their long, flexible fingers, raccoons can open trash cans and hold onto slippery objects.

If you look inside a raccoon’s mouth, you’ll find 40 teeth. Most of these teeth are short, but raccoons have four larger canine teeth at the front of their mouths.

These canine teeth are long and sharp. They use their teeth to bite food and tear through objects. Thanks to these sharp teeth, raccoons have a bite force quotient of around 100.

Raccoons have dark eyes that can be anywhere from a deep purple to a dark black. While raccoon eyes are fairly small, their dark facial markings can make their eyes look even smaller than they actually are.

When you shine light on a raccoons eyes, their eyes change color and begin to glow. This is because their eyes are equipped with a reflector system called tapetum lucidum. It reflects incoming light and helps raccoons see clearly in the dark.

The front paws of a raccoon are extremely sensitive to touch. In fact, raccoons have approximately four to five times as many sensory cells in their paws than other animals. These paws are protected by a thin layer of skin that can be moved when it’s wet.

Since raccoons rely on their sense of touch, about two-thirds of the part of their brain that handles sensory signals is focused on tactile impulses. While a raccoon’s sense of touch helps it to navigate its environment, it also makes it more vulnerable to pain than many other animals.

While raccoons are frequently seen walking on all fours, they’re capable of plantigrade locomotion! This means that they’re able to walk around on their hind legs, with their toes flat on the ground.

Many animals, like cats, have retractable claws, but a raccoon’s claws are always exposed. Their claws are attached to the last bones of their fingers and toes.

Since a raccoon can’t retract its claws, these claws tend to be on the shorter side. Although their claws aren’t that long, they are extremely sharp. Raccoons frequently use their claws to dig, but they can also use them to defend themselves from potential threats.

When it comes to brains, raccoons prove that size isn’t everything. Even though raccoons have fairly small brains, their brains have a very high neuron density. On average, raccoon brains have 438 million neurons.

Thanks to their brains, raccoons are excellent problem-solvers. They also have great memories! Once a raccoon figures out how to solve the problem, it can remember the solution for as long as three years.