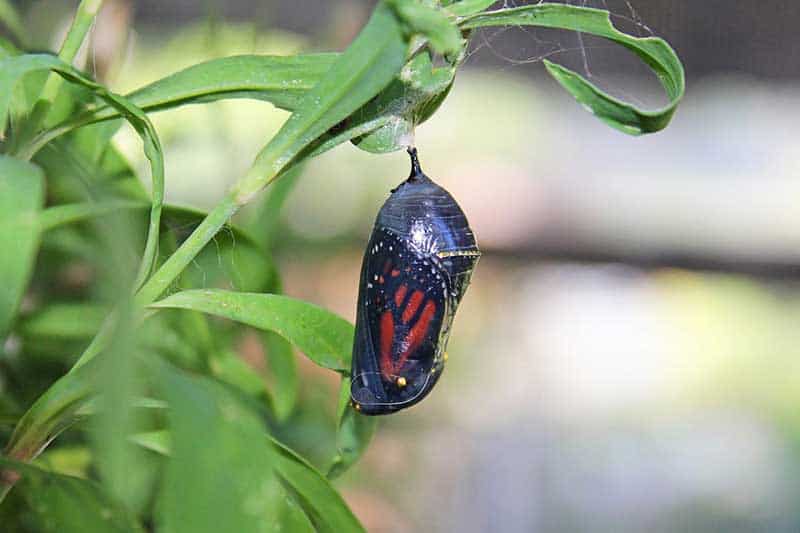 Numerous members of the animal kingdom go through changes as they grow to adulthood. This process, known as metamorphosis, may be complete or incomplete and is very different from family to family. “Metamorphosis” is derived from Greek and, in simple terms, means to change form. While insects often come to mind when discussing these changes, they aren’t the only animals that go through metamorphosis.

Animals that go through metamorphosis 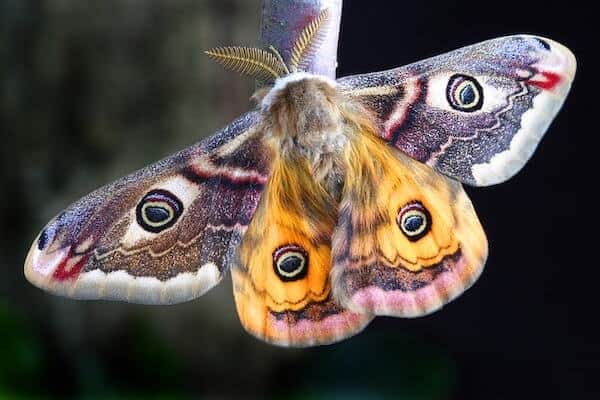 Upon hatching, moths and butterflies are caterpillars, their larval forms. Caterpillars are elongate creatures that more closely resemble worms than their adult counterparts!

Caterpillars feed on several times their own weight each day, growing through various instars before it’s time to pupate. During their pupal stage, butterflies and moths create chrysalides and cocoons, respectively. Inside their pupal capsules, they go through an incredible change that completely destroys, then recreates, their body form.

Most frogs and toads go through an incomplete metamorphosis with only three stages. A body of water is required for most of these amphibians to lay their eggs. While this is the general rule, some toads give birth to live young, while other species hatch into miniature versions of adults on dry land.

For most species, once the eggs hatch, small, fishlike tadpoles emerge, living purely aquatic lives as they grow stronger toward adulthood. Tadpoles do not resemble their adult counterparts; instead, they have long tails, lack visible legs, and swim through the water.

As they grow, their tails shrink as their bodies grow, and their legs begin to develop. Some species prefer to stay close to large bodies of water and are highly aquatic. Other species, including most toads, leave the water to lead purely terrestrial lives.

As the nymphs complete metamorphosis, they emerge from the water and molt, shedding their skin and revealing their much larger adult bodies near the water.

Coleoptera is the largest of all insect orders in the animal kingdom. Over 250,000 species of beetles are described in science. With such a vast number of species, it’s no wonder beetles vary greatly in size, shape, color, and habitat.

Beetles experience a complete metamorphosis, hatching into larval grubs before growing into their adult forms. For some species, grubs are more important to humans — either positively or negatively. Many grubs are pests of lawns and landscaping, while others are common “feeders” for exotic pets. Some beetles are ecologically beneficial as they prey on pestilent species, while others are considered pests themselves.

You may also like:  8 Types of Animals That Are Blind (Fun Facts)

The mantids are a large group of predatory insects that undergo incomplete metamorphosis. These easily recognized insects have long bodies, large eyes, and specialized front legs for capturing prey. The collective common name for these impressive insects is praying mantids due to the way they hold their front legs.

Mantids lay egg sacs, called oothecae, as opposed to individual eggs. Several dozen to hundreds of immature mantids emerge from the sac, looking like miniature versions of the adults.

Highly predatory, newly hatched mantids cannibalize each other and other creatures small enough to eat. These insects are prized gardening companions due to their predatory behavior. To many gardeners’ surprise, however, mantids will capture and feed on anything small enough, including birds, amphibians, and small mammals.

Lobsters may not come to mind when you think of animals that go through metamorphosis. They begin life as planktonic larvae near the ocean’s surface. Larvae neither look nor act anything like their adult counterparts. They swim and bob, feeding on smaller planktonic organisms.

Unlike relatively flat adults, lobster larvae have a curved body. The larvae go through several molts, growing larger after each. As the young lobsters grow, they eventually move away from the bright surface to the deeper, darker areas of the ocean where they will remain for the rest of their lives.

Lobsters, like several other animals, molt throughout much of their lives. Molting allows them to grow without hindrance, shedding their ‘old’ shells for newer, bigger ones.

Cockroaches go through incomplete metamorphosis. Like mantids, cockroaches emerge from oothecae. The females of several species carry their oothecae behind them.

Despite the overwhelming negativity surrounding cockroaches, most species are not pests. Numerous species are even beneficial in their habitats. Maybe surprising to some, several species display extraordinary parental care for their young, sometimes carrying nymphs around through several instars.