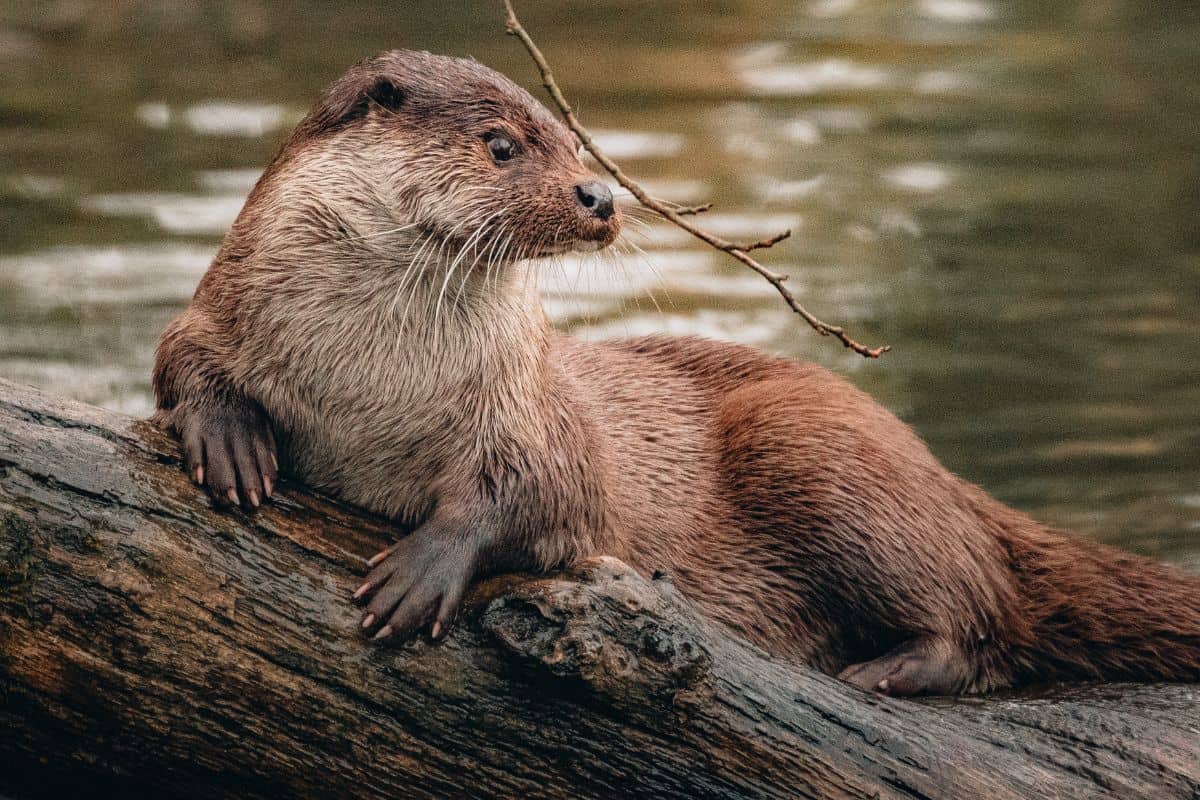 Otters are some of the most adorable animals in the world. They’re playful and cuddly, and they just make you want to smile. It’s no wonder so many people love them!

Otters live in habitats all over the world. While they are often associated with rivers and streams, otters can also be found in marshes, lakes, and even the ocean. These versatile creatures are well-adapted to their aquatic homes, and their webbed feet and streamlined bodies help them swim with ease.

Otters are also skilled hunters, using their sharp claws and teeth to catch fish, crabs, and other small prey. In addition to being good swimmers, otters are excellent climbers and often build dens high up in trees.

Fortunately, there are many animals like otters in the world. From their playful antics and endearing faces to their habitats and diets,  these creatures have a lot in common with otters.

Otters come from the Mustelidae family, which includes all species of otters, from sea otters to river otters to weasels. This family also includes some of the most popular animals in the world, like ferrets, mink, badgers, and wolverines.

Otters have many different features that make them unique, but there are also several characteristics that they share with other members of their family. This article will explore how some of these animals are like otters.

Martens is a type of mustelid that includes the sable, fisher, pine marten, and beech marten. These animals are found in forests all over the world, and they are known for their beautiful fur.

Like otters, martens have long, slim bodies and sharp claws that help them climb trees and catch prey. They are also good swimmers, although not as proficient as otters.

Martens typically eat small mammals, birds, insects, and fruit. However, their diet can vary depending on their location. For example, martens in North America are known to eat squirrels, while those in Europe often eat voles.

While martens and otters share many similarities, there are also some notable differences between the two. Martens tend to be larger than otters, with some species weighing up to 20 pounds. They also have a shorter lifespan, living for an average of 15 years in the wild.

Badgers are cute, short-legged animals from the family Mustelidae, which includes otters, wolverines, weasels, and polecats. They live in setts – underground tunnels with several entrances – in woods, heaths, grasslands, and urban areas across Britain.

Like otters, badgers also have powerful claws for digging and long, sharp canine teeth. They are also nocturnal animals; most of their activity takes place at night when they leave their setts to look for food.

Most badgers live alone or in pairs, but during the breeding season, family groups emerge from their setts to mate. Females usually give birth to two or three cubs, which stay with their mothers for up to 18 months before setting out on their own.

Weasels are small carnivorous mammals belonging to the family Mustelidae. There are several species of weasel, including the European weasel, the stoat, and the least weasel.

Weasels are found throughout the world, from Europe and Asia to North and South America. They typically inhabit wooded areas and prefer to live in caves or dens.

Like otters, weasels have long, slim bodies and short legs. They are also quite agile and quick, making them excellent hunters. Weasels use their sharp teeth and claws to kill their prey, which includes small mammals such as voles, mice, and rabbits.

Minks are small, semiaquatic animals with long, slim bodies and short legs, and they are excellent swimmers. They’re similar to otters in appearance, although they’re usually a bit smaller.

Minks are very active animals, and they typically hunt at night. During the day, they rest in their dens or trees and stay out of the water.

Fishers are a type of weasel found in North America. They are closely related to otters and share many similarities with their aquatic cousins.

Like otters, fishers have sleek, water-repellent fur that helps to keep them dry and warm while they swim. They also have long, webbed feet and a powerful tail that they use for propulsion.

In addition, fishers are excellent climbers and often build their dens high up in trees. However, there are some key ways in which fishers differ from otters. Fishers are larger than otters, and their diet consists mostly of small mammals such as rodents and rabbits.

They also have sharp claws that they use for hunting and climbing. While both animals are skilled swimmers, fishers are better adapted to life on land, whereas otters spend most of their time in the water.

Ferrets and otters share a number of similarities. Both are members of the Mustelidae family, with slim bodies, small heads, and short legs. Their fur is thick and oily, which helps to repel water.

In addition, both ferrets and otters are good swimmers and have webbed feet. However, there are also some important differences between these two animals.

Ferrets are domesticated animals, while otters are wild. Ferrets are also typically much smaller than otters (around 20 inches long), with an average weight of just 2-4 pounds.

In addition, both animals are known for their strength and agility. Wolverines can kill prey much larger than themselves, while otters are excellent swimmers who can twist and turn their bodies with ease.

Finally, both wolverines and otters are shy animals that typically avoid humans. While they may seem fierce, these creatures would much rather run away from a confrontation than fight.

In fact, polecats are known to be one of the few land animals that will willingly enter the water to hunt for prey.

Sables and otters are two animals that are often mistaken for one another. They’re both small, furry animals that live in or near water. They also have similar diets, feeding on fish, small mammals, and crustaceans.

However, there are some key ways in which sables and otters differ. For instance, sables have long, thick fur that is prized for its softness, while otters have shorter, coarser fur that is more waterproof.

Sables are also predators, while otters are primarily scavengers. In terms of habitat, sables typically live in forests and brushlands, while otters can be found in freshwater rivers and lakes. Finally, sables are solitary animals that only come together to mate, while otters live in family groups called “rafts.”

Although they occupy different places in the animal kingdom, Tayras and otters have many similarities. Both have sharp teeth and powerful claws. They also share a number of physical characteristics, including webbed feet and elongated bodies.

In addition, tayras and otters are both proficient swimmers and are equally at home in the water and on land. However, there are some important differences between these two animals.

Tayras are native to Central and South America, while otters are found throughout the world. Tayras are also considerably smaller than otters, with an average body length of just over two feet.

You may also like:  6 of the Longest Living Mammals on Earth

Nevertheless, the similarities between these two creatures are remarkable, and they provide a fascinating glimpse into the diversity of the animal kingdom.

Honey badgers are dubbed the most fearless animals on earth. The internet is filled with videos of honey badgers taking on lions, cobras, and even humans. But how are they similar to otters?

Finally, these two animals are considered to be intelligent and resourceful, able to solve complex problems. While they may not look alike at first glance, honey badgers and otters actually share quite a few traits.