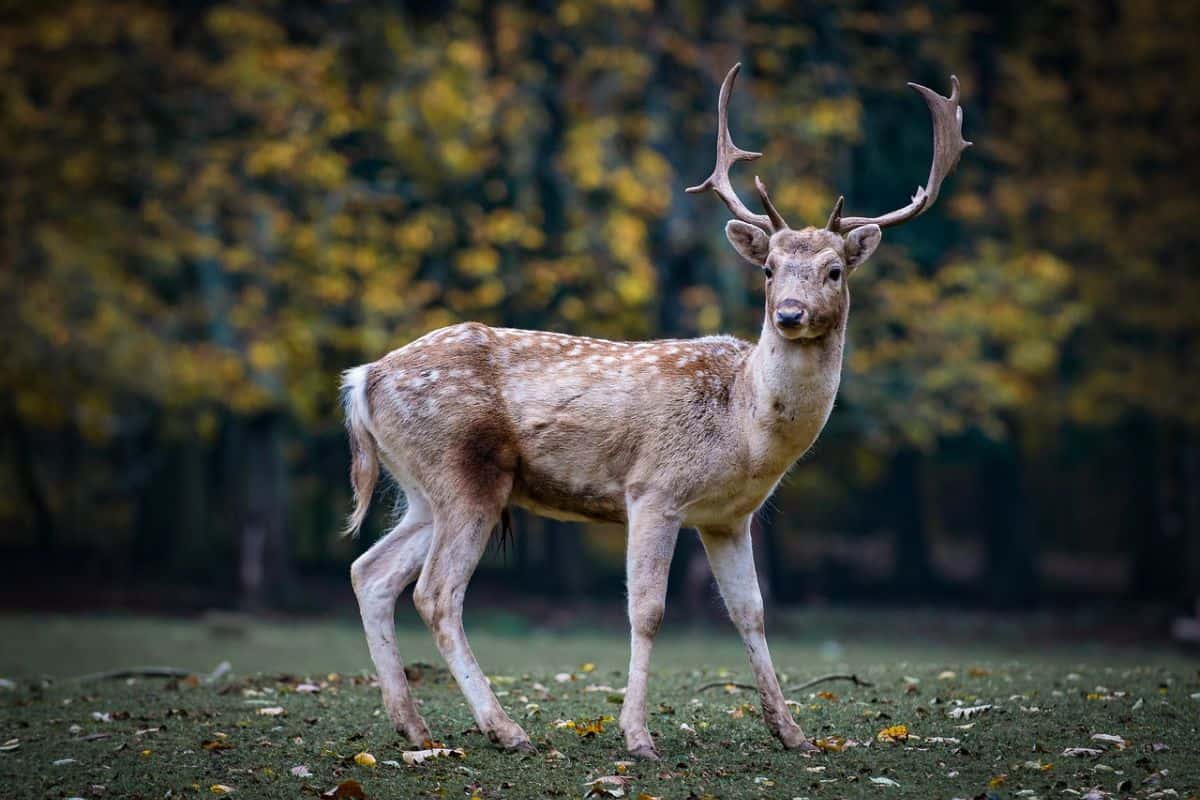 Deer have a number of characteristics such as strong legs that allow them to run fast or the antlers that male deer have. Sometimes other animals share these characteristics and traits, so in this article we’re going to learn about some animals like deer in various way.

Deer are herbivores that have special stomachs which digest food and turns it into cud. Cud is regurgitation and is re-chewed to gain maximum nutrients. These mammals are mostly peaceful mind their own business. Sometimes they are the prey for the local apex predator, but often these vegetarians have no natural predators. These can cause overpopulation.

Here are 12 animals that are like deer in one way or another.

Their antlers are branched and the moose sheds them each year, just like deer do. Both moose and deer are herbivores that forage for their food.

A moose has a long snout and a piece of fatty skin under their chin called a dewlap. Unless it’s mating season, moose are solitary and do not run in herds like deer do.

Unlike deer, moose may be aggressive and are known to attack. Moose’s diet consists of leaves, twigs, buds, and aquatic vegetation.

A thick, shaggy coat helps keep them warm in the mountainous terrain they prefer. Their diet consists of grass, tree bark, twigs, and shrubs. Being able to run up to 45 miles per hour helps them out run mountain lions that prey upon them.

Horns are permanent and not branched. Both deer and antelope are herbivores that are skittish around humans. These mammals are also similar in color.

Antelopes can be found in forests, wetlands, savannas, and deserts and will grow to be 3 to 5 feet tall and weigh between 500 to 650 pounds. The antelope is usually brown, tan, or reddish in color with a white belly.

An antelope’s diet consists of grass, shoots, and seeds. Being able to run 55 miles per hour helps them escape predators like leopards, lions, hyenas, and cheetahs.

You may also like:  22 Animals That Start With C (Pictures & Facts)

Adult bison can be 6 feet tall and weigh up to 2000 pounds, the calves are usually between 70 to 80 pounds when born. Bison are able to live in extreme weather, so you may see bison in grasslands during the summer and then again during a blizzard.

They enjoy mostly woody plants, they will change their diet based on what is available. Yellowstone National Park is the only place where bison have lived on a regular basis since dinosaurs roamed the earth.

The giraffe is the tallest living land animal. This long-necked animal can grow to be 14 to 19 feet tall and up to 2600 pounds. Usually gray or tan, they have intricate brown to reddish spots all over their bodies.

Found in the woodlands and savannas of Africa, their long necks allow them to grab their favorite leaves, fruit, and tree buds. Giraffes are often preyed upon by lions, leopards, and hyenas.

Tapirs are large mammals that look like wild hogs. Native to South America and Asia, they weigh up to 550pounds and have short stubby legs.

Spending a lot of time in the water, they will submerge themselves when threatened and use their long snouts as a snorkel. These herbivores enjoy leaves and fruit.

Goats are one of the oldest domesticated species of animal on earth. Adult goats average 2 feet tall and can weigh up to 310 pounds. Coming in a wide variety of colors, they may be any shade of brown, tan, black, white, and multicolored.

Known for their agility, goats can climb and balance in odd places. Though they prefer to eat woody shrubs and trees, this creature will eat just about anything from cardboard to clothes.

Native to Africa, zebra are known for their distinctive black and white stripes. An adult zebra can be anywhere from 3.5 to 5.5 feet and weigh 600 to 900 pounds. Habitats for this animal are grasslands, savannas, woodlands, and scrublands.

Being herbivores, grass is the main part of their diet. Predators include lions, hyenas, leopards, and human hunters. The zebra is sought after for its skin and meat.

You may also like:  30 Examples Animals With 6 Letters (Pictures)

They are most active at dusk and dawn, when they go nibbling on leaves, flowers, and grasses. Rabbits will eat their feces for the same reason deer eat their cud (vomit), to gain maximum nutrients from their food.

Camels are characterized by the humps on their backs and people believe water is stored there, but it’s actually fat! Though they can go long periods of time without water, it’s stored in other parts of their body. Adults will weigh between 300 to 2200 pounds, depending on the species.

A camel’s favorite foods are anything green and leafy. They has three sets of eyelids and two rows of eyelashes help keep the desert sand out of their eyes.

Adult horses can weigh anywhere from 900 to 2200 pounds, depending on the species. Color varies widely from shades of brown, black, tan, and multicolored. In the wild, they will eat mostly grass.

Their big eyes are placed in such a way that they can see 350 degrees around themselves. A horse can sleep standing up or lying down.

Sheep are raised mostly for their crimped fleece, or wool. Adults weigh between 100 and 350 pounds. Their colors may vary from white to shades of brown, and the infamous black.

Sheep are known for being very sensitive to noise, and having excellent hearing. A sheep’s diet consists of oats, hay, grass, and alfalfa.