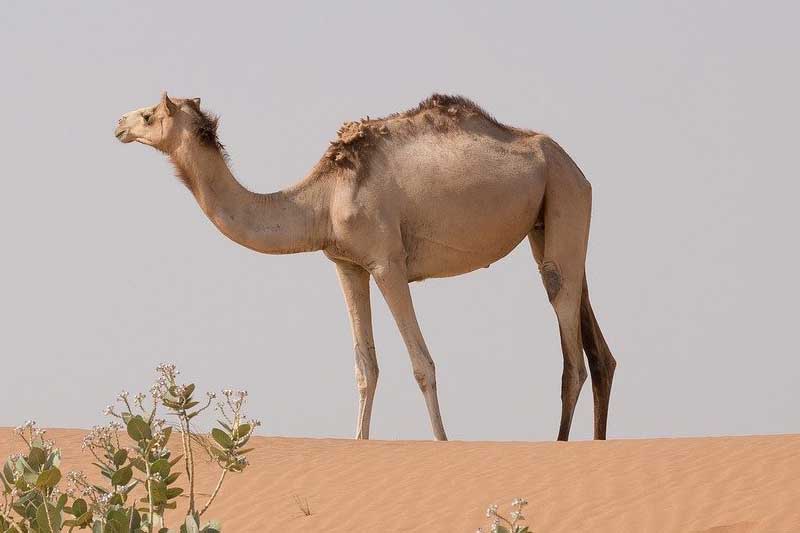 Camels are an iconic animal, known for their ability to withstand the rugged terrain and elements of the desert. The fact that they are able to survive in an environment with virtually no water is somewhat of an evolutionary wonder. That being said, Camels do of course need to drink water every now and then, but how long can a camel go without water?

In this article we’ll discuss the mystery behind the camel’s hump and some of the ecological adaptations that allow for these curious animals to exist in a habitat as harsh as the desert.

How long can a camel go without water?

Camels are capable of surviving anywhere between a week to ten days without water.

Most of the world’s camels are actually domesticated and kept as livestock, so most camels likely never have to go this long without water. Simply because they will have had people looking after them to ensure they have enough to eat and drink. 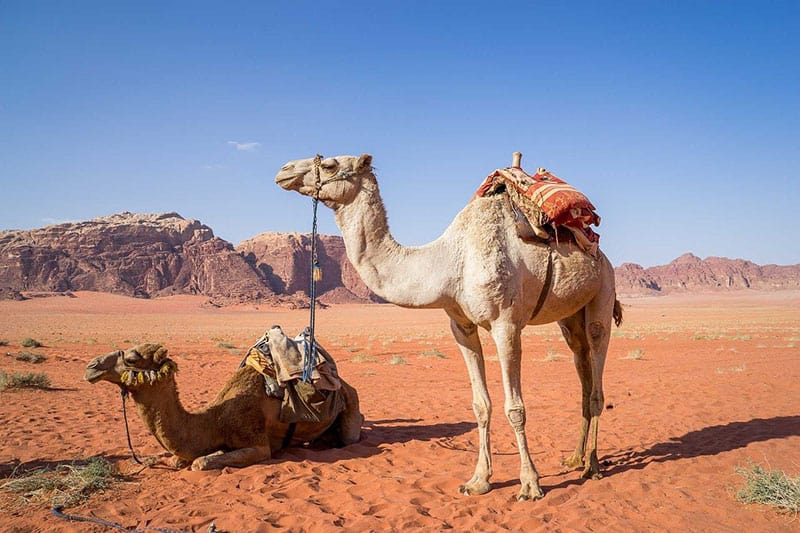 How much water do camels drink?

Camels can withstand long periods in between drinks, but when they do drink water they can drink a lot! A thirsty camel can drink as much as 30 gallons of water in just minutes.

Camels have oval shaped blood cells that are very elastic and capable of changing shape when hydrated. This is partly how camels can drink so much so quickly.

How do camels survive in the desert?

Camels have adapted and evolved over time to withstand the terrain and climate of the desert. In addition to their fat storing humps, Camels also have other adaptations that make them suited for the desert.

Camels have long, thin legs that actually help to keep them cool. The desert sands can get incredibly hot, almost 160℉ and by being so tall with the majority of their body lifted high above the ground, they avoid absorbing much of the heat that radiates off the hot sands. 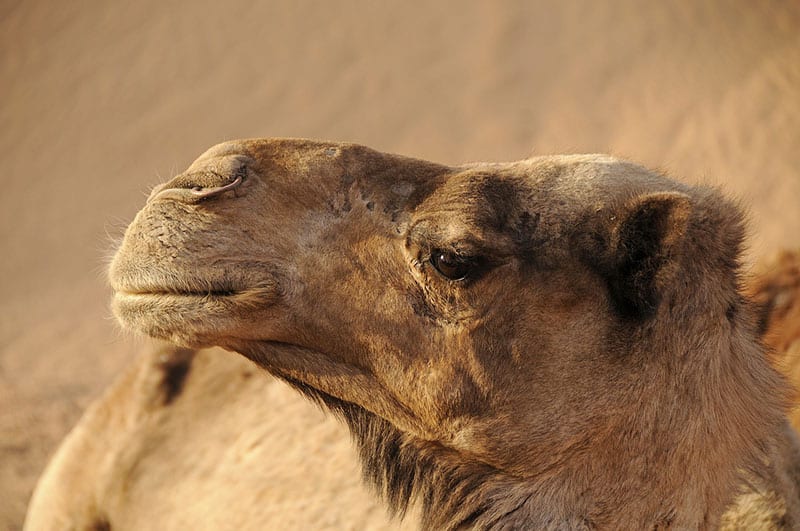 Not only that, but camels very rarely sweat which prevents excess water loss. And when they do sweat, Camels are capable of withstanding up to 25% loss of their body weight due to sweating while other mammals will experience cardiac failure at around 12-14% of water loss.

Camels have incredibly efficient kidneys that are capable of reabsorbing water at a much higher rate than other mammals. This causes the camel’s urine to come out as a thick liquid, almost the consistency of syrup and is also key in preventing excess water waste.

Why do camels have humps?

Camel humps are a clever adaptation to keep camels cool in sweltering desert heat and to optimize water retention as well as conserve nutrients.

A camel’s hump is made up almost entirely of fat, which helps to keep them cool. Fat acts as insulation for warm blooded animals. By limiting the distribution of fat along the body and keeping it all in a single place (their hump), camels can stay cooler than they would if their fat covered the rest of their body.

The fatty tissue in a camel’s hump, when metabolized, produces one gram of water for every gram of fat which helps to keep camels hydrated.

These fatty lumps can also be used as food reserves in instances where camels do not have access to food. The fatty tissue in camel humps stores key nutrients and minerals that are vital for helping camels survive in times without food. Once these fatty reserves start to deplete, the camel’s humps will actually begin to droop and lose shape.

Do camels actually store water in their humps?

The common belief about the function of a camel’s hump is that they are used to store water. Actually though, camel humps are made up of large masses of fatty tissue that help to produce water when the fat is metabolized.

How much water can camels store in their humps?

As mentioned earlier, camels do not actually store water in their humps. Camel humps are essentially just large mounds of fatty tissue of the camel’s back that help to produce water when the fatty tissue is broken down.

Camel humps can contain up to nearly 80 pounds of fatty tissue that are used as reserves for periods of time when camels are unable to drink or eat.

How many humps do camels have? 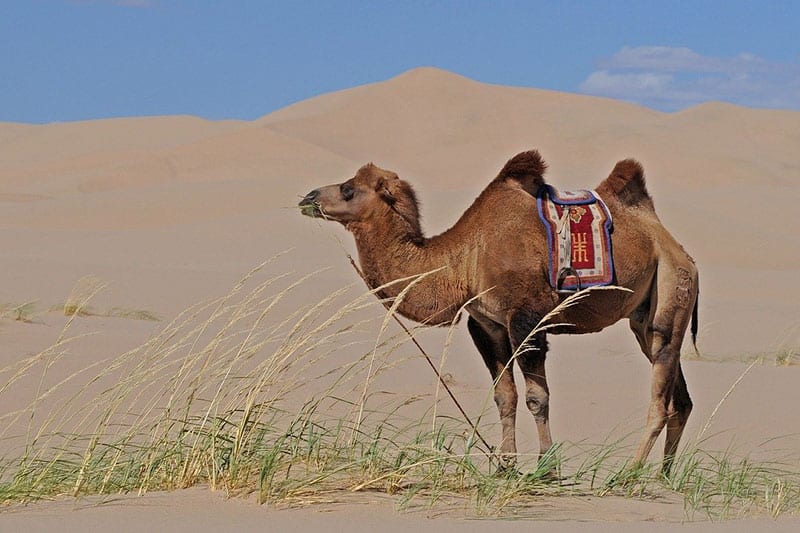 What animal can go the longest without water?

While Camels are quite impressive in their ability to survive long bouts without water, there is one animal that blows all other desert dwelling creatures out of the water.

The Kangaroo Rat is capable of going it’s entire life without ever drinking water.

Now, Kangaroo Rats don’t live for very long- only about 3-5 years, but that is still an incredible amount of time to go without water! Kangaroo Rats get all of the water they need from their diet, which is made up almost entirely of seeds.

Regular access to drinking water is typically one of life’s basic requirements in order to survive. Camels however, have evolved to survive without the need to regularly drink water. Over time, members of the animal kingdom have adapted to thrive in places that would otherwise be inhabitable.