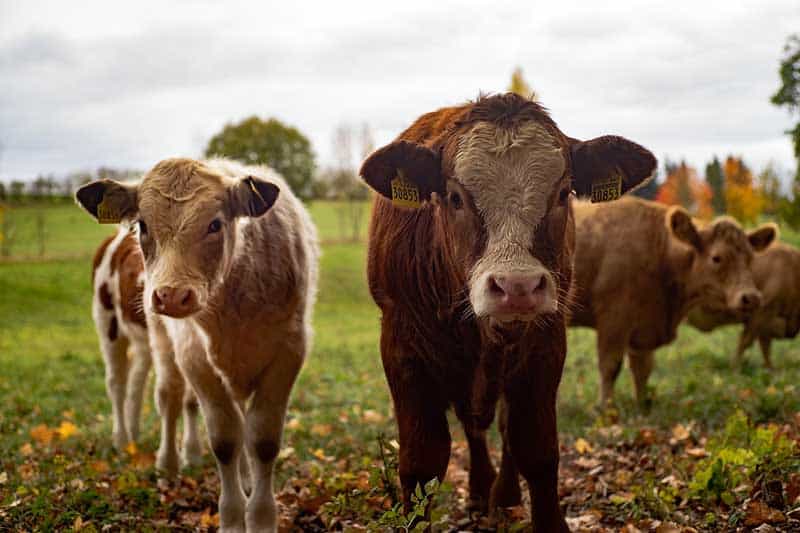 When you think of an animals that chew cud, cows are likely the first ones to come to mind. However there are many others that exhibit the same behavior. If you’ve ever wondered about why they do it, and what exactly cud even is, then you aren’t alone. In this article we’re going to discuss the art of cud-chewing a little bit and learn about why the animals do this.

These animals are also known as ruminants, and there are four basic types of them:

The name ‘ruminant’ is derived from the first part of these animals’ stomachs, called the ‘rumen’, where the food is stored before it is regurgitated and chewed again and again. A ruminant can chew the same cud for a number of hours.

What exactly is cud?

Cud is digested food that is returned from the stomach of the animal, for a second round of chewing. Chewing cud is part of the physical digestion process that ruminants experience.

These animals that chew cud make sure they get as many of the nutrients out of their food as possible, before it passes out of the rumen into the rest of their digestive tract.

Fun fact: An animal chewing the cud looks as though it is thinking, which links to the word ‘ruminate’, meaning to think deeply. 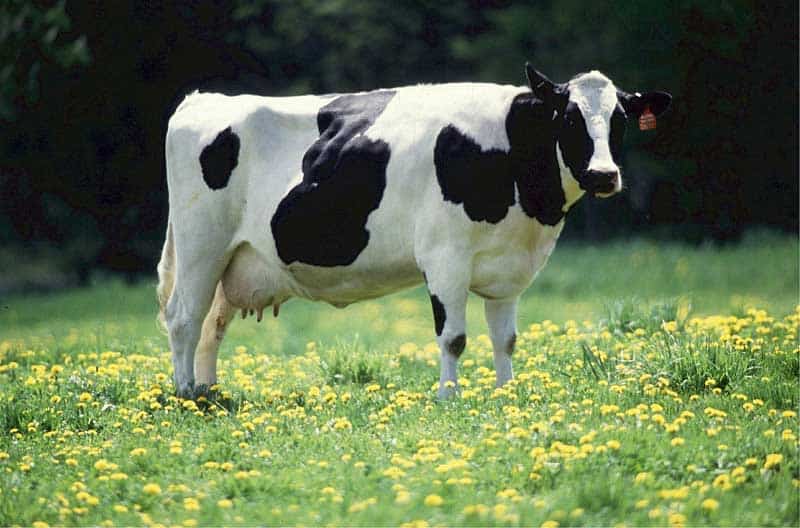 The most common animal you will see chewing the cud is the cow. These are domesticated animals that are bred for milk or beef. Cows don’t have a natural herd structure, because farmers keep them in groups according to what they need. Cows are grazers and eat only grass.

Another common domesticated animal that chews the cud is the sheep. These are kept by farmers in herds and bred for their wool or meat. Sheep do usually have a dominant ram, but the rams and ewes are usually kept separately by farmers until it is breeding season. 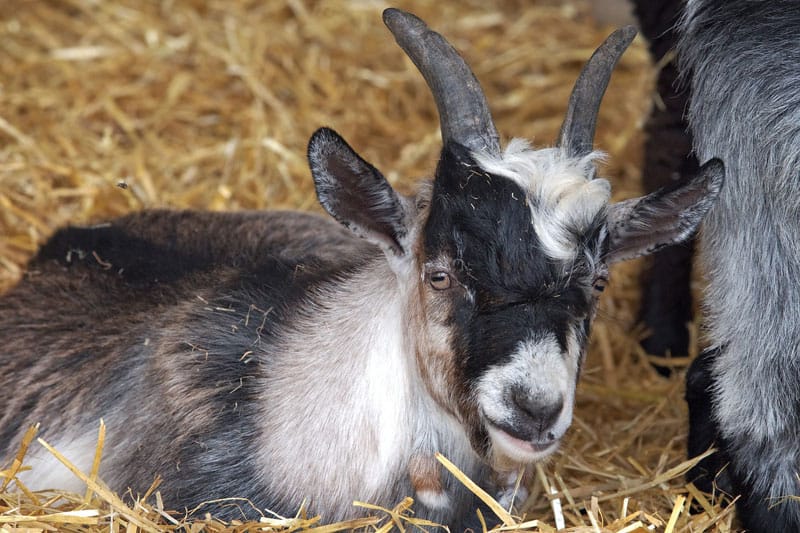 What we know as domestic ‘goats’ are only one type of goat and are kept for their meat, milk and hair. The stories we hear about goats are that they can eat just about anything. In fact, a goat has a very strong mouth and some breeds eat the leaves of thorn trees. It’s only the food containing nutrients that is regurgitated and chewed.

In Africa, with lions and leopards, the buffalo is known as the most dangerous animal to man. This is because they will attack without any warning. They are big animals with long and very strong horns across their heads and may look slow, but can move very quickly when they are startled.

The plains bison is the largest animal in North America. They are strong, shaggy animals and are thought to have survived since the Ice Age. Bison are very large and can run faster than you would think from their appearance, sometimes reaching speeds of 40 miles per hour.

The stately giraffe is unusual, with its very long neck. It seems impossible that it will be able to regurgitate the food that far so that it can chew the cud, but they manage it. Giraffes are browsers that eat the leaves of trees. As you can imagine, with the long neck, they eat off the tops of some quite tall trees.

A nyala is a medium-sized antelope living in Africa that has fairly long, spiral horns that point slightly backwards. They are browsers, eating the leaves of trees. The Nyala has stripes and spots on its slate-brown coat. They are both browsers and grazers and will eat leaves, fruit, flowers and grass.

The chamois is a type of goat that lives in mountainous areas and is equally happy running around meadows and cliffs. They are mostly brown to black in color, with a pale patch on the rump. Chamois live in herds, with a dominant male. The chamois’ skin is popular, because it can be treated to produce a very soft, thin leather.

Alpine ibex are not only found in the Alps in Europe (as you may imagine from their name) but also occur in mountainous areas across Europe and Asia and in northern Africa. They are found in higher areas but do move down into forests at night. One male Alpine Ibex will have many females in his herd.

The elk is also known as a red deer and can range in color from dark brown to a light tan. They are bigger than most other deer. Elks have long heads with big ears and the males have antlers that can measure up to 5 feet from tip to tip. Elks prefer woodlands and eat grass and leaves. Farmers generally consider elk to be pests, because they eat valuable crops.

The eland is the biggest antelope in the world. Although they are so big, they can jump over two meters (6.5 feet) high. They are sandy brown in color and have a flap of skin hanging down from their necks. This is called a dewlap and helps to regulate their temperatures. Eland are becoming domesticated because their milk contains a lot of nutrients.

Moose are the largest of all deer. The males grow antlers every year, which help to get the sound to their ears. The antlers are shed during winter. Moose eat plants and fruit and half their diet is from water plants. They can close their nostrils completely, so they can eat underwater. These tend to be quite gentle animals but will attack if they are provoked. 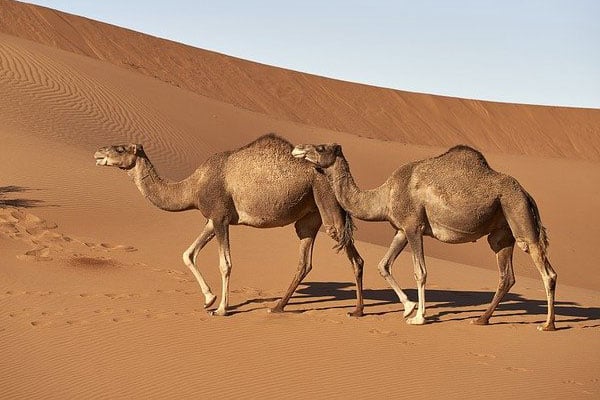 Camels don’t have the same stomach structure as cows and other animals that chew the cud, so they are not true ruminants, but they do still chew the cud. The natural habitat of a camel is mostly desert, but definitely areas with relatively little vegetation. They need to get as many nutrients out of their food as possible, so chew the cud, which is part of this process.