Species can be labeled in various ways depending on how they contribute to their ecosystem and other species. These categories include keystone species, indicator species, and umbrella species. Each of these classifications helps inform scientists of the specific behaviors and interactions these species have with their environment. While not all species fall into one of these three categories, all of the species that fall into these groupings are vital for maintaining balance in all landscapes worldwide.

What is an Indicator Species?

An indicator species is any organism that provides insight into the condition of the environment where it is living. For example, some of these species can communicate in some way when there are dangerous levels of toxins or pollutants in the area. The presence of indicator species can also provide insight into other organisms that may thrive and grow in that same environment.

Indicator species can range from bacteria too small for the human eye to see up to large complex beings like plants and animals.

River otters have long been used to assess the health of their freshwater environments and have been coined as an indicator species. Since river otters are so quickly affected by any problems in the food chain, if otter populations start to decrease, it can directly be correlated to potential pollution in the waterways.

This is in part because river otters are the apex predator of their ecosystem; therefore, if there’s any buildup of substances like mercury, they’ll be among the first to be affected. It takes much less time for pollutants to bioaccumulate in the apex predator, bringing poisoning on very quickly.

It’s ubiquitous for indicator species to be at the top of the food chain in their specific environment. When measuring environmental changes, species that prey on many of the species living around them (including plants and animals) will bioaccumulate more potential toxins or pollutants. This can make for more significant health impacts and, therefore, a population decline.

In many regions where river otters are native, their populations are closely tracked to determine their water and plant health.

A great example of non-animal indicator species is the algal bloom. These blooms often suggest that there’s been a change to the environment in nutrient availability. Certain species will thrive depending on the available nutrients, while others will struggle.

As the climate is changing, algal blooms are becoming more frequent, indicating warming waters. This is an essential measure for climate scientists to prove that the ocean is quickly becoming less hospitable for many species.

In 1999 the spotted owl started being monitored for scientists in San Francisco to estimate the health of their nesting habitats across the Pacific Northwest. Since these owls create their nests in old-growth forests out of debris, a decline in the species can be correlated to poor environmental health.

If the bird cannot find the materials it needs for a nest, it will not be able to reproduce and survive for very long. Therefore, this species of owl indicates the health of the forest, and with increasing numbers of spotted owls, we can assume the old-growth forests are thriving. 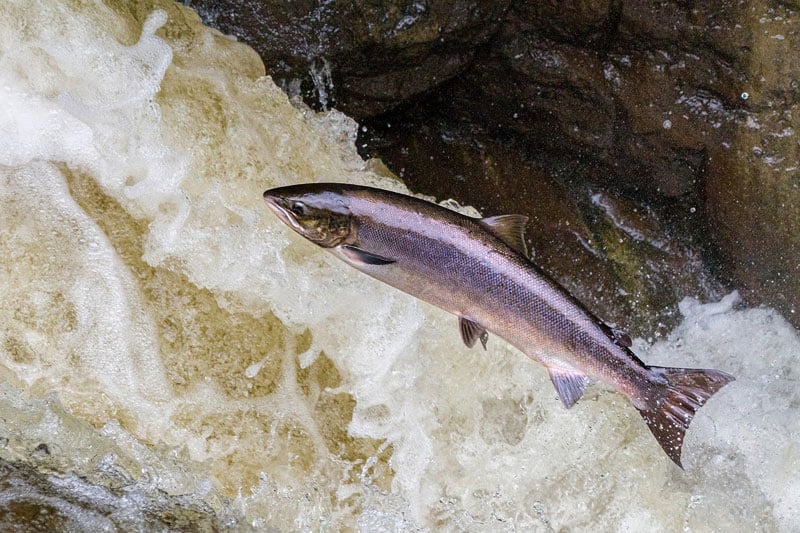 Salmon have an extraordinary life and move between fresh and saltwater depending on what stage of life they are currently in. Salmon populations, unfortunately, decrease significantly when their ecosystem is not left intact. When their population begins to decline, it’s indicative that a new dam may have been installed or that their habitat has been disrupted somehow.

Since salmon have to migrate, they directly reflect how healthy the waterways are. If the salmon population is suffering, likely, water quality is down somewhere along their route.

Salamanders are incredibly unique due to their moist and porous skin. The moisture taken in by their skin keeps them alive and healthy; however, it can also unknowingly take in pollutants in the habitat. Similarly, if there is an uncharacteristic drought, salamanders will be impacted.

Their skin will dry out if there is a drought since their skin relies on moisture in the environment. This will lead to a decline in species health and population which can help measure the severity of the drought in correlation to other years.

Because they are such sensitive creatures, their population decline speaks volumes about the environment’s health. With any negative environmental changes, salamanders will be one of the first to be impacted in their ecosystem.

Bats are majorly impacted by light pollution, heavy metals in the environment, and drought. With habitat destruction, they are more likely to pick up and spread infectious diseases and have been used as an indicator species for studying climate change in Yellowstone National Park.

When the bat population is not stable or healthy, it can suggest that the environment has either been fragmented and degraded by human activity or that there has been a significant shift in weather. With our changing climate, bat populations are becoming more fragile due to the increase in droughts and major weather events.

Mussels have long been studied as indicator species due to their unique filter. Since the species are sedentary and filter the water, they offer a lot of insight into contaminants or pollutants in the waterways.

When there is any considerable change to the water, mussels are significantly impacted. A few common factors that scientists would then look at would be oxygen levels in the water, temperature, and acidity. If these things change drastically from their baseline, mussel health and population will decline.