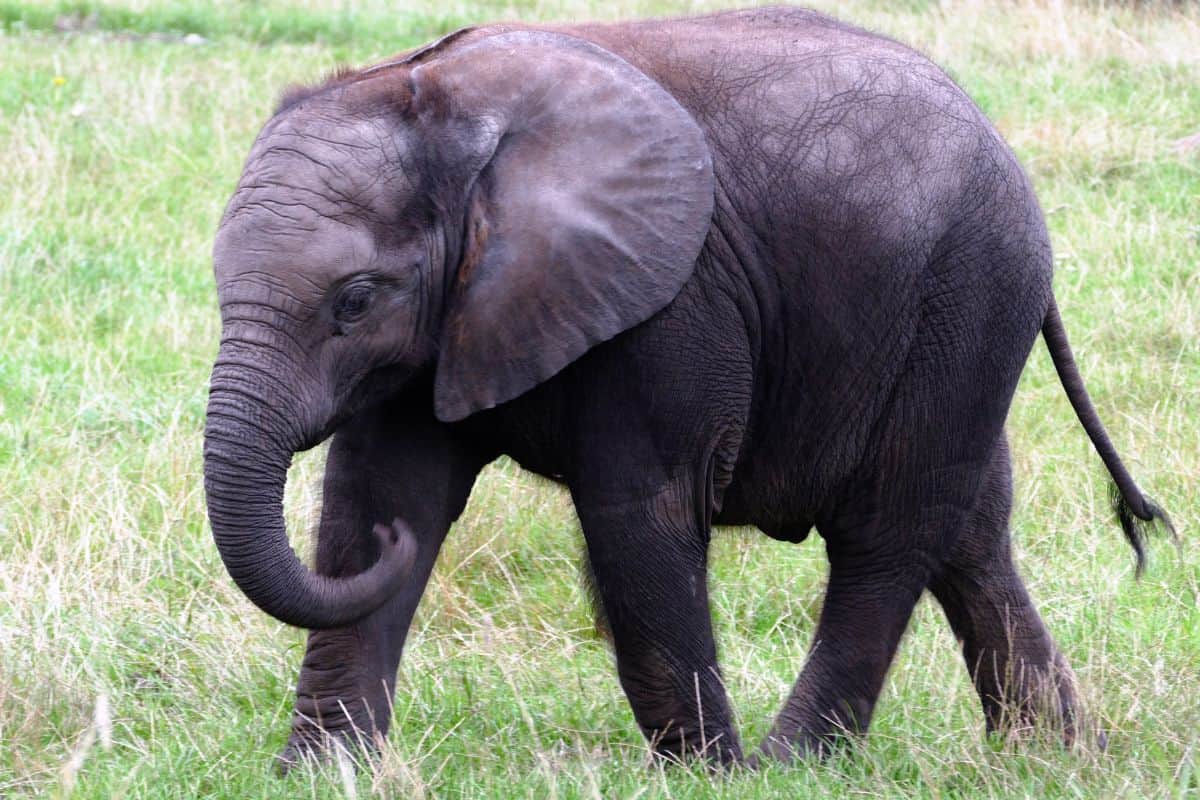 Elephants are large, majestic creatures found in Africa and Asia. It can be as tall as 10 feet and can weigh up to 13,000 pounds, making it the biggest land mammal in the entire world. Even a baby elephant can weigh more than 250 pounds.

It’s often said that elephants never forget, and that saying is at least partially true! Elephants are highly intelligent and have large brains that can weigh up to 13 pounds. In addition to its big brain, the elephant has tough skin that can absorb water, dirt, and mud.

One of the elephant’s most recognizable features is its long trunk, which contains over 150,000 muscles. Elephants use their trunk to suck up water, pick up items, and can even use it as a snorkel when they’re in the water! An elephant also has long tusks that are made from ivory.

Many close relatives of the elephant, like the wooly mammoth and the mastodon, are now extinct. While elephants may not have many living relatives, there are many creatures that are similar to elephants in some way. All of these 15 animals have a lot in common with elephants.

Why rhinos are like elephants: Both animals have thick, tough gray skin

Much like an elephant, the body of a rhinoceros is covered in very thick skin. While rhinos are slightly smaller than elephants, they’re still one of the world’s largest mammals, standing more than 5 feet tall and weighing between 1,700 and 3,000 pounds.

Elephants have tusks, but rhinos have horns, and may have one or two horns depending on the species. Both animals love to take mud baths to keep cool.

Why tapirs are like elephants: Tapirs and elephants both have trunks!

Tapirs and elephants both have trunks that they can use to pick up objects. Both animals are herbivores, feeding on fruit, leaves, and other types of foliage.

The tapir is considered to be one of the most primitive animals alive today and is sometimes called a living fossil! Unfortunately, all four species of tapir are currently endangered.

Babirusa have tough skin and long tusks that are actually canine teeth. While all babirusa have lower tusks, males also have long upper tusks that curl back toward its snout.

The babirusa is a part of the big family and is sometimes called a deer-pig. Although babies mostly eat leaves and fruit, they are omnivores that will sometimes feed on small mammals, including other babirusa! 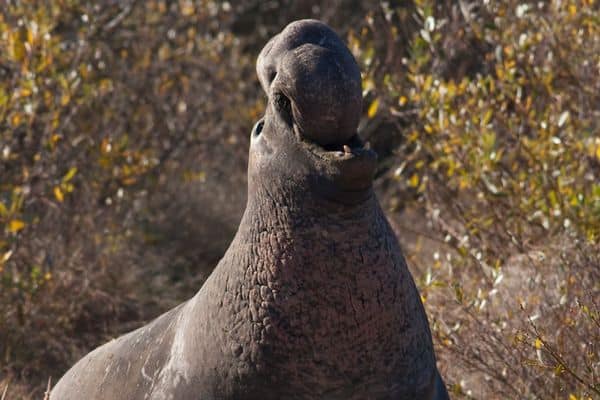 The elephant seal is the largest type of seal and has an inflatable snout that looks similar to an elephant’s trunk! While the elephant is a land mammal, elephant seals are marine mammals and spend most of their lives in the water.

When these seals leave the water, they fast and limit their breathing to conserve energy. They can hold their breath for up to 100 minutes!

Why rock hyraxes are like elephants: The rock hyrax may be small, but it’s the elephant’s closest living relative!

While the rock hyraxes looks more like a rodent than the elephant, both animals are descended from a now-extinct group of mammals known as tethytheria.

As the closest relative of the elephant, the hyrax and the elephant share several traits, including tusk-like incisor teeth and round, hoof-like nails on their toes. Hyraxes live in small family groups and love to bathe in the sun.

Why hippos are like elephants: Both animals are heavy and have very thick legs

Hippos are an extremely large land mammal, standing over 5 feet tall and weighing up to 4,000 pounds. Like elephants, hippos have thick legs and a stocky body.

Hippos are native to Africa and keep cool by spending most of their time in the water. The hippopotamus is an omnivore and mostly eats grass, but it can eat more than 75 pounds of grass per day!

Measuring between 3 and 3.9 feet tall, the giant anteater is nowhere near the size of an elephant. However, both animals are very intelligent and have long trunks that they use to pick up food. When a giant anteater is startled or afraid, it rears onto its hind legs, using its stiff tail to keep its balance.

The walrus and the elephant both have long tusks made of ivory. Walruses also have thick, tough skin that can be up to 1.6 inches thick.

As a marine mammal, the walrus spends about two-thirds of its life in the water, but it mostly stays in shallow areas. When a walrus comes on shore, it likes to rest on sea ice.

Why alligators are like elephants: Alligators and elephants have ultra-tough skin and communicate through vibrations!

As a reptile, the alligator is different from the elephant in many ways, but the two animals still have quite a few things in common. Elephants and alligators are both able to use vibrations to communicate with other animals of their species.

Like elephants, alligators also have rough, tough skin that helps protect their bodies. Alligators are very large and can weigh more than 1,000 pounds.

The elephant shrew has long legs that it uses to jump around its environment. Elephant shrews are monogamous, but they spend most of their time on their own.

Why bison are like elephants: Both animals are among the world’s largest land mammals

Although bison don’t look much like elephants, they’re one of the only land mammals that can rival elephants in size. A bison can stand over 9 feet tall and can weigh anywhere from 790 to 2,000 pounds.

You may also like:  14 Animals That Use Mimicry (with Pictures)

The bison is the largest land mammal found in North America, where it roams grasslands and savannas. While it was once endangered, the bison population has increased, and the animal is now classified as “near threatened.”

Aardvarks look a lot like anteaters, but they’re actually more closely related to elephants! The aardvark has a long snout that resembles a trunk.

Aardvarks primarily eat insects and dig in order to reach their food. An aardvark can dig at a lightning-fast speed, burrowing up to 2 feet in just 15 seconds.

You can’t find a mammal larger than an elephant on land, but in the water, there’s no creature bigger than the blue whale. Blue whales can be more than 100 feet long and can weigh up to 330,000 pounds. A single blue whale can weigh as much as 30 elephants! Like elephants, blue whales also have very large brains and are considered to be highly intelligent creatures.

Why warthogs are elephants: Like elephants, warthogs have ivory tusks

Ivory tusks are one of an elephant’s most notable features, and you’ll find very similar tusks on warthogs. Both animals like to bathe in mud to keep cool and protect their skin from insects. Warthogs mostly eat grass, but they’re omnivores and will scavenge when there’s no other food available. Most warthogs sleep underground in burrows.

Why manatees are like elephants: Manatees have tough gray skin and are a close relative of the elephant

Manatees are often called sea cows, but they’re actually related to elephants! The manatee makes its home in shallow waters close to coasts, where it feeds on sea grass and algae.

These herbivores have big appetites and can eat more than 10% of their body weight each day. While a manatee can hold its breath for up to 20 minutes, they usually head up to the surface of the water every 3 to 5 minutes.