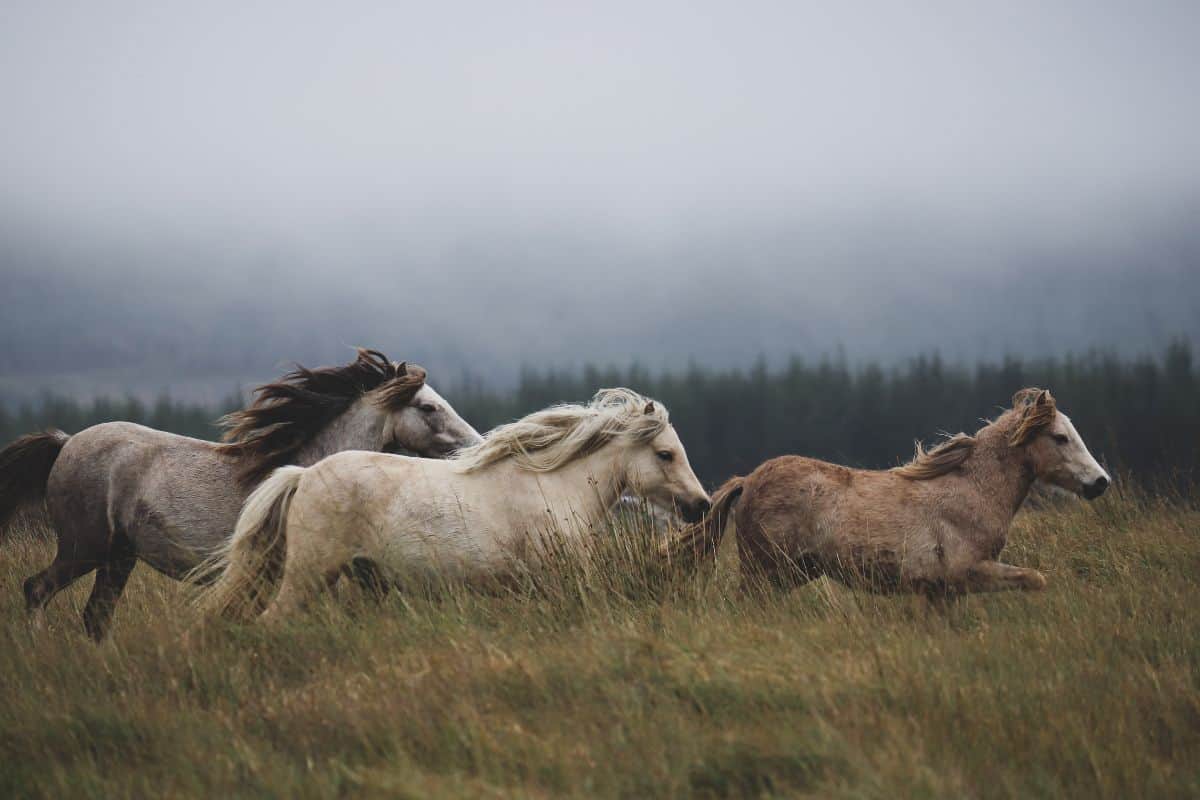 Horses are large, hooved mammals with an ancient relationship to humans. These creatures have been domesticated for over 4,000 years and used for many purposes. There is only one specie of domesticated horse, but there are over 400 different breeds within that species. In addition, there are many different types of animals that are like horses in both appearance and the way they behave.

Horses can sleep standing up and are herbivorous. Their diet consists primarily of plants like hay and grass, but they also enjoy fruits and vegetables. Horses are part of a group known as odd-toed ungulates, meaning they have an odd number of toes on each foot.

Horses are easily recognizable creatures with long legs, muscular bodies, flowing manes, and tails. But, when you think of a horse, are there any other animals that you think seem similar? This article will detail other animals that are like horses in some way or another.

Here’s a list of 9 animals that are similar to horses in various ways.

Why Donkeys are like Horses: Both are members of the Equidae family, have similar physical characteristics, and work well with humans.

Like horses, donkeys have a long history of working harmoniously with humans, whether it be labor or as a form of transportation. Donkeys and horses are closely related, which explains their remarkably similar appearances.

Donkeys are smaller than horses but have very similar body shapes, and both have four single-hooved feet. Both animals have a mane and tail, though the hair of a donkey’s mane is short and stiff rather than long and flowing.

Why Mules are like Horses: Both are members of the Equidae family, work well with humans, are herbivores, and have hooves.

A mule is the result of breeding between a horse and a donkey, so it stands to reason they are very closely related to horses. Mules are smaller than horses but have a similar lean, muscular frame. Both mules and horses are herbivores and have a long history of working well with humans.

Mules have four single-hooved feet and are capable of wearing horseshoes like their horse relatives. Fun fact: most mules are sterile and cannot reproduce, so, typically, the only way for a mule to exist is for a horse and a donkey to breed.

Why Onagers are like Horses: Both are members of the Equidae family, are herbivores, and have hooves.

The onager, or Asiatic wild ass, is the most horse-like species in the world and inhabits portions of Asia. Their legs are a bit shorter than the average horse, but they still look very similar.

Both animals have a mane and tail, but an onager’s mane is short and stiff, and the tail only has a little hair rather than the long, flowing hair a horse has on its mane and tail. Horses and onagers are herbivores, preferring to graze on grasses and plants.

Why Zebras are like Horses: Both are members of the Equidae family, have physical similarities such as hooves, and are herbivores.

Zebras are a species of wild horse. They are recognizable by their black and white stripes and are native to Africa. Both zebras and horses are members of the Equidae family and are closely related.

They are not as fast as horses and tend to be more aggressive, which explains why zebras do not have as close of a relationship with humans as horses. Both mammals are herbivores and have four single-hooved feet.

When you see a rhinoceros or rhino, you might not be reminded of a horse, but the two mammals actually share a common ancestor: the Cambaytherium. This long-extinct cousin of the horse and the rhino was a pig-sized herbivore from which scientists believe all odd-toed ungulates descended. Rhinos are also herbivores like their distant horse cousins.

Tapirs have three toes on each foot, also making them odd-toed ungulates. Tapirs are herbivores and are very social creatures. Much likes horses, they like to graze in groups, called a candle.

Why Moose are like Horses: Both have hooves and are herbivores

The similarities between horses and moose are not vast, but they do exist. Both of these large mammals are herbivores. They also both have hooves, even though a moose has cloven hooves, meaning there is a split down the middle, while a horse does not.

Why Okapis are like Horses: Both have a similar shape, are herbivores, and have hooves.

The okapi is a unique animal that is similar in shape to a horse, with a dark horse-like chestnut coat on its midsection. An okapi has a longer neck like its giraffe cousins and striped hindquarters like a zebra.

Both okapis and horses have hooves, though okapis have two toes encased in their hooves rather than one, so they are called even-toed ungulates. Both mammals are herbivores.

Why Ponies are like Horses: Both are the same species

That’s right. Horses and ponies are the same species and come from the same family tree. The difference is that ponies are smaller than their horse brothers and sisters. Ponies encompass many breeds of horse, such as the miniature horse, the Welsh pony, and the Shetland pony.

Horses are a staple animal in the United States and around the world. They are the logos for popular car brands such as the Ford Mustang or Ferrari and are even the namesakes of a car’s horsepower. They provide transportation, and their strength allows them to be used for manual labor, but they are much more than that.

They are domesticated and have a long history with humans, and many animals share their characteristics. From close relatives like donkeys and zebras to distant cousins like tapirs and rhinos, horses have traits that have been passed down for generations. No animals look exactly like horses, but many have very similar characteristics and even ancient ancestors.