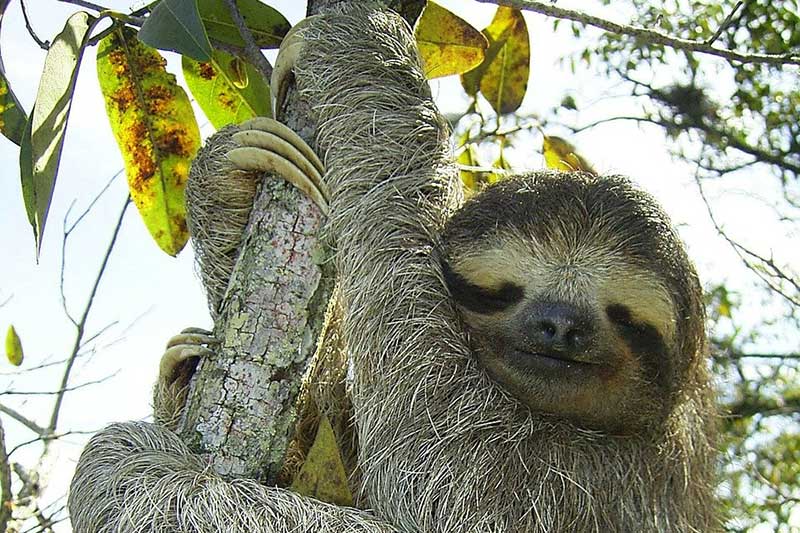 With over 8 million animal species worldwide, the characteristics they have for their digits also range vastly. Among these are a group of animals with 3 toes called Tridactyly.

So why have these species evolved to have an odd number of toes compared to most other animals? Especially when some similar animals have even-numbered two or four toes. I’ve found it interesting to learn about all the different reasons, ranging from helping them support their weight and running from predators to hanging onto trees better.

Let’s learn more about 13 animals with three toes and why they have them! 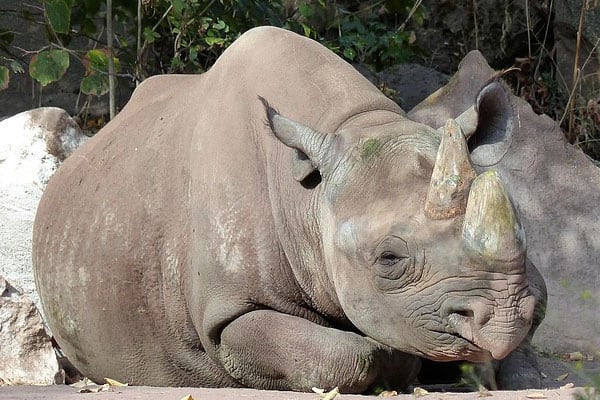 The name Rhinoceros is from the Greek word meaning “nose-horn.” There are five species of rhinoceros, and they either have one or two horns. All are endangered due to the illegal hunting for their horns.

A rhinoceros has significantly small feet compared to the large amount of bodyweight they have to support. Their feet have three toes and an evenly spread pad. When stepping, the highest pressure is on the inside part of their feet, and their middle toe helps support their weight.

Western three-toed skinks are lizards with tiny legs that can sometimes be mistaken for snakes. Their small, barely visible legs with three toes allow them to move agilely through the grass. Their movements have given them the nickname “swimmers of the grass.”

These animals are native to southwestern parts of Europe, including Spain, southern France, northwest Italy, and Portugal. They prefer living in mountain meadows, ditches, humid pastures, and forest edges or clearings.

American Three-Toed Woodpeckers are black and white, with males also having yellow patches on their foreheads. They grow to around 8.3 and 9.1 inches.

These woodpeckers often spend a long time foraging on one tree at a time. They sometimes perch motionless along the trunk for minutes at a time. The evolution of their three toes allows them to cling onto the barks efficiently.

The Rhea is a large, flightless bird similar to an ostrich, except they have three toes. In the family Rheidae, they are in the order Rheiformes, where there are two main species and eight subspecies of Rhea.

Rheas are native to South America and prefer open grasslands. Since they can’t fly, they rely on their powerful legs to outrun predators. Their long legs with 22 horizontal plates in their tarsus and three toes in front help them run fast. They also use their wings to dodge predators like an airplane rudder.

Another flightless bird with three toes is the Emu. These forward-facing toes help them escape predators. They can grip the ground easily to give powerful kicks or propel themselves forward and run.

Emus are found in Australia and are the second tallest bird in the world. They can grow between 59 to 75 inches in height. They also have a unique ability to prevent overheating. Their inner plumage insulates their skin, and the tips absorb sunlight. 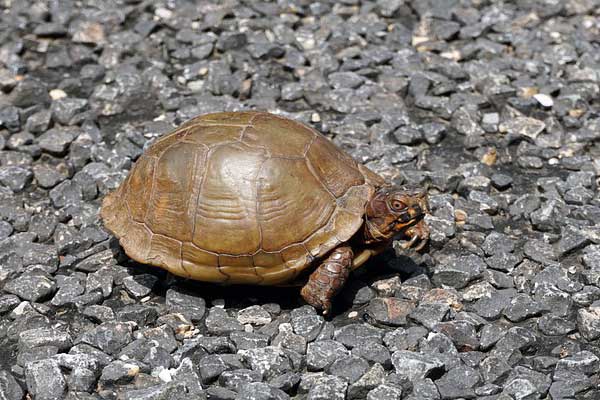 The three-toed box turtle is named for the odd number of toes on its back legs. Other box turtles have four toes. Instead of webbed feet, their broad feet and claws are adapted for walking on land instead of swimming.

These turtles are native to the south-central areas of the U.S near sources of water. They are usually 4 to 6 inches in length and can live over 50 years old.

Tapirs have three toes on their back foot and four toes on their front feet. This combination of toes allows them to run fast in short bursts of speed. They are also fast and agile swimmers. Tapirs are also known for their uniquely large nose.

The three-toed swiftlet is native to New Guinea. They are the only swift species with three toes, making it easy to identify. However, it is unclear why they evolved to have only three forward-facing toes. Another distinctive feature they have is a silver-gray throat contrasting with their sooty-gray color.

The three-toed parrotbill is native to central China and enjoys temperate forests. You can often find them in bamboo thickets. Their three-toed feet allow them to perch on the rounded bamboo branches easily. Besides this feature, they also have a distinctive silver wing panel. 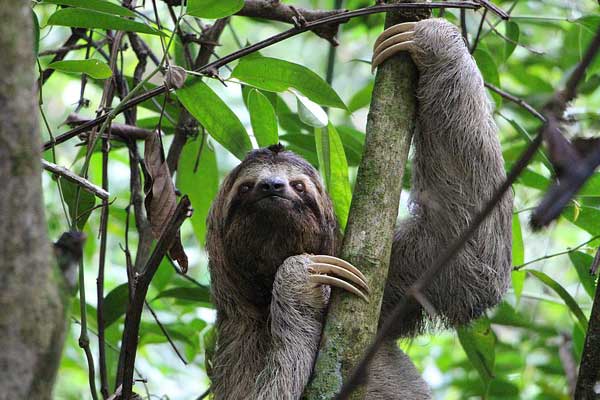 Three-toed sloths are tree-dwelling animals and there are four different species. They have longer arms than their back legs and bodies adapted to hang from trees by their limbs. The curved claws of their three toes allow them to have a strong grip on tree branches. They also have nine vertebrae so that they can turn their head a full 270 degrees.

These sloths spend up to 80% of the day asleep in trees. Their slow movement and metabolism mean it takes them up to a month to digest a meal.

Quails are ground-nesting birds that prefer not to fly even though they can. They are usually between 6.3 to 7.1 inches in length and have three toes – two front-facing and one back-facing. These toes allow them to run well, and when needed, perch. There are many other Quail species besides the Common Quail, separated into New World and Old World species. 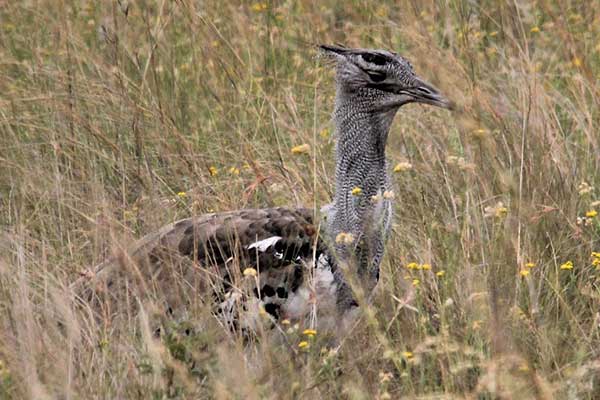 Bustards are a type of game bird that live in open habitats in Africa, Europe, Asia, and Australia. They have stout legs, with three forward-pointing toes and no hind toes. Their short and broad toes make them fully adapted for running. They are fairly large birds growing between 14.5 to 52 inches in length.

Despite their name, the three-toed toadlets are not scientifically toads but are some of the smallest frogs in the world. They are called toadlets because they look like toads and are small. While most have only three toes, some have four toes or hidden toes under their skin.

You may also like:  8 Animals That Shed Their Skin (with Pictures)

It is unclear why they have three toes. However, it seems these frogs generally have a reduced number of segments in their bodies overall, including no sternum. It could be because they don’t hatch into tadpoles like other frog species. Instead, they hatch immediately into baby toadlets.