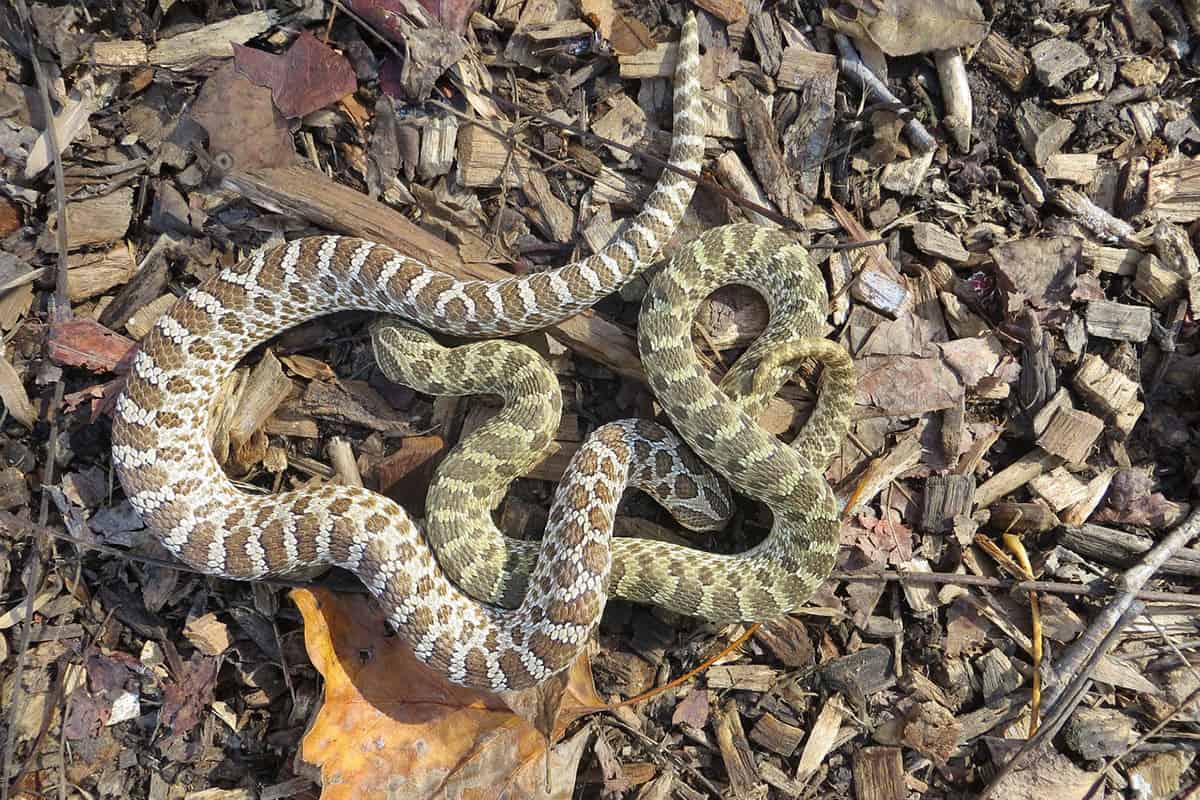 All animals need a safe place to find shelter, including snakes! Some snakes may find refuge in brush piles, rock crevices, under logs, in trees, and some species even will burrow underground. While living underground is not the best strategy for all snakes, snakes that burrow have several characteristics that make them great for an underground lifestyle.

Many snakes that burrow have adapted to such lifestyles, and over time have evolved to have morphological traits that accompany an underground lifestyle. For example, many burrowing snakes will have traits such as pointed snouts, specialized scales on their snouts that help them dig, and smaller eyes.

Why do snakes burrow?

Not all snakes burrow, but several species do. Burrows can make a great home for all sorts of animals, and snakes are no exception.

Burrows provide a safe place to shelter, oftentimes protecting snakes from potential predators like birds of prey, small to medium sized mammals, and even other snakes.

Burrows also can be a great place for snakes to hunt, right at home. Many snake prey species, like mice and rats, nest in burrows, so snakes can take advantage of this and make an easy meal out of unsuspecting prey.

And lastly, burrows also provide a more temperature controlled environment in places where it gets very, very hot or very cold. Burrows can be a cool, shady spot to cool off in the heat of the day. They can also be warmer than the surrounding climate when temperatures begin to drop.

There are also even more species of snakes that do not necessarily create burrows themselves, but live in burrows that other animals have created for the same reasons mentioned above. It can be very difficult for snakes to actually move hard or packed in substrate, especially with no arms!

Examples of snakes that burrow

Snakes that burrow or live underground are also called fossorial, or semi-fossorial for those that split their time between above and underground living!

As the name would suggest, Florida Pine snakes live in Florida, but can be found as far north as South Carolina and as far west as Alabama. They live in drier habitats like pine forests with sandy soil. These fascinating snakes have a specialized scale on their snout that helps them excavate their own burrows.

Gopher snakes, a close relative to the Florida Pine snake, are also known for using their snouts to dig small burrows in the ground. Gopher snakes can be found widely throughout western North America. They prefer habitats with well drained soil, as it is easy enough for them to dig into. They can be found in prairie ecosystems.

Hognose snakes, known for their pig-like snout, are widely distributed throughout almost the entirety of the eastern United States and even southeastern Canada.

These snakes are not known to spend much time underground, but they will burrow in shallow, loose soil as a way to help regulate their body temperature.

The Worm snake is a fossorial snake that is rarely found above ground. They are distributed widely throughout the eastern United States and midwest. They have a pointed snout that is perfect for moving through soft soil. Because they spend much of their time underground and don’t see much light, Worm snakes have evolved to have small, beady eyes.

The Brahminy blind snake is native to Africa and Asia, however it has since been introduced to the United States and is commonly found in Florida as an invasive species. At first glance, many people mistake these snakes as worms, as they are very small and look very worm-like. Like worms, they burrow underground in soft, moist soil.

The Bull snake is actually a subspecies of the Gopher snake and is also very closely related to the Florida Pine snake. Bull snakes are distributed throughout the Great plains and the midwest. Their pointed heads allow them to seemingly effortlessly move soil and dirt out of the way to burrow into the ground.

Banded sand snakes have a small range, limited to Arizona and northwestern Baja, Mexico. These snakes are small snakes with a pointed snout that they use to bury themselves in the sand. Sand snakes will often spend their days buried in the sand, emerging at night to hunt. The way these snakes move almost makes it look as if they are swimming in sand!

Unsurprisingly, the Shovel nosed snake is another species of snake that is known for burrowing underground. As the name would imply, they have a specialized snout, like a shovel, that they use to move quickly through sand and dry soil. These snakes can be found in Arizona, Nevada, California, and the Baja peninsula.