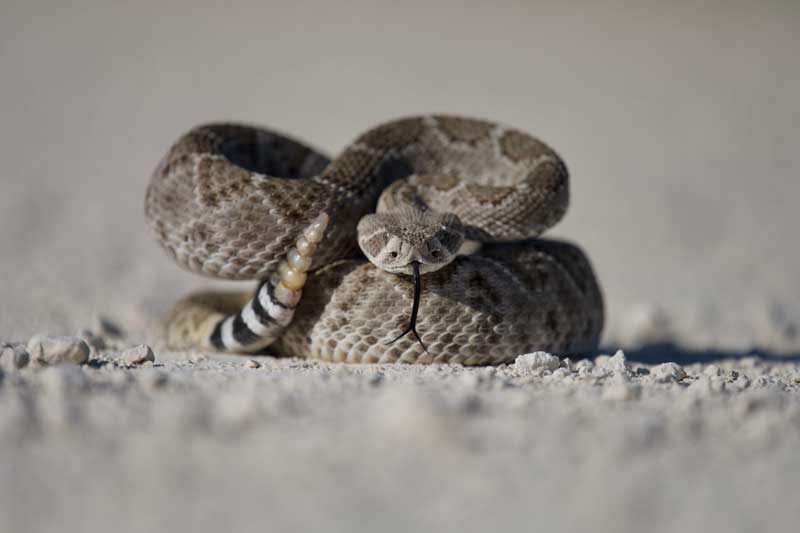 Believe it or not, snakes are afraid of humans, so they will do almost anything to avoid us. But, when we enter snake habitat, we have to be aware of the fact that we may encounter snakes. It is their home after all! So, in this article we’ll take a look at what to do if you encounter a venomous snake.

For some people, encountering a snake, especially a venomous snake is their worst nightmare. Luckily there are plenty or precautions you can take to ensure that an encounter with a venomous snake doesn’t become dangerous.

Some people may never encounter a venomous snake. But if you do happen to come across one, here are some helpful tips to keep you (and the snake) safe;

In the case that you are bitten, get medical attention ASAP

Luckily, most situations where people encounter venomous snakes do not end up in people being bitten. However, if you suspect you have been bitten by a venomous snake it is important that you get to a hospital as soon as possible.

However, in the case that you have not been bitten but instead have just found or encountered a venomous snake, then be sure to follow these 7 tips.

What to do if you encounter a venomous snake

2. Make sure kids and pets are safe

If you are out and about with kids or pets, or both, if you encounter a venomous snake, make sure that dogs are on leash and that any small children are within arms-reach. Often times, dogs can be quite curious when they encounter an animal, which doesn’t always end well.

Even if you are terrified of snakes, panicking isn’t going to make it any better. Snakes really want nothing to do with us, so if you remain calm and give it plenty of space then everything will be okay. If you panic, and say run away screaming, this may cause unnecessary stress to both you and the snake. Things get dangerous in times of panic.

You may also like:  The Difference Between Domesticated and Wild Animals

There is no need to get up close and personal to wildlife to enjoy or view wildlife. The closer you are to a venomous snake, the more stress you are putting on the animal, which could cause the snake to react defensively. Just back away slowly and give the snake plenty of room, you don’t want it to feel threatened.

5. Do not try to pick up or move the snake

If you aren’t trained to handle venomous snakes, then you really should not be going anywhere near them intentionally. People that are bitten by venomous snakes are often bitten because they have tried to “take matters into their own hands” without knowing what they are doing.

6. If the snake is somewhere that it shouldn’t be, call a professional

If there is venomous snake in your house, garage, or somewhere that it shouldn’t be, call a professional wildlife removal company to come and remove the snake. If the snake is outside on the trail or in the woods, then leave it be and it will get on its way eventually.

The venomous snake that you have seen could be endangered or rare in your area. In these cases, having a picture of the snake can be really useful for scientists that are trying to learn more about that particular species. Some states may have programs where they request pictures and location info in the case that people encounter the snake.

Do snakes chase you?

No! This a myth. Snakes do not want to be anywhere near us and will try to flee. But, in the case that they can’t flee they may act defensively, which I guess some people may claim looks like the snake is “chasing them”. But if you leave snakes alone, this won’t happen!

Can snakes see you if you don’t move?

Maybe. Some snakes don’t have the best eyesight and may not see you from some distance away. However, snakes are very perceptive to smell and may be able to smell you before they see you.

No! See the first question. We are not on the menu for snakes and they really aren’t interested in attacking us. But if they have no other option than to defend themselves then they may strike or bite.

Will snakes bite you for no reason?

Definitely not. When it comes to fight or flight response, snakes will try to flee. They aren’t antagonistic animals by any means.

How long does it take to feel the effects of a snake bite?

This really depends on the species of snake and the bite. Some venomous snakes will deliver a “dry bite”, where when they bite, they actually don’t inject venom.

Symptoms typically begin right after being bitten (pain, swelling) but may not worsen for 30 minutes to one hour after. But it is best to get to a hospital or medical attention as soon as possible.

You may also like:  8 Common Animals That Eat Tomato Plants

Can snakes bite through jeans?

Yes, but this doesn’t mean that you shouldn’t wear jeans or long pants when hiking in areas with venomous snakes. There is a chance that if you are wearing pants and a snake bites you, it might get snagged on your pant leg and might miss your actual leg all together.

What kind of boots protect against snake bites?

Thick, leather boots are best for hiking in areas with snakes. It’s not impossible, but it is unlikely that a snake will be able to bite through leather unless they are really holding on. But any close toed shoe is better than sandals for areas where venomous snakes are.

What is the best time of day to avoid snakes?

It is tricky to say, because it depends on the species of the snake, weather, season, etc. Snakes bask in the sunlight but believe it or not it can get too hot for snakes. So, at peak sunlight, mid-day may be the best time to avoid snakes because at this point in the day, they may be cooling off in the shade.

It is inevitable that humans will encounter wildlife at some point. And we are so fortunate to be able to do so! But there is some wildlife, like venomous snakes that deserve a healthy respect as they have the potential to be dangerous.

But venomous snakes are only dangerous when they have to be, which only occurs when they feel threatened or scared. This can translate into snakes being painted as “monsters” because sometimes people may make a snake feel threatened without ever trying to! But in reality, venomous snakes are only trying to survive and really do not have it out for us.