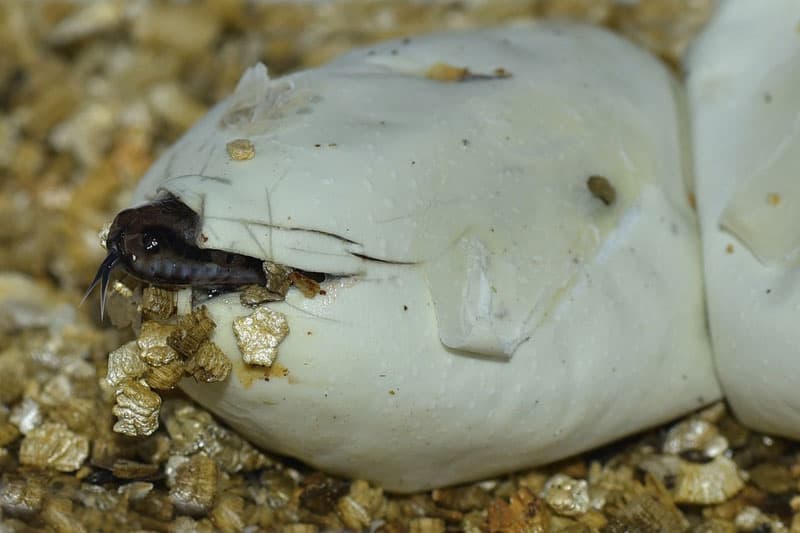 Snakes are interesting for many reasons. They are primitive but also have biological traits that make them evolutionarily advanced. One interesting aspect of snake biology is how snakes give birth. Many people believe that all reptiles only lay eggs, and this actually isn’t true!

In this article we will answer the question; “how do snakes give birth?”. We will also cover the other questions you may have had about snake reproduction but were too afraid to ask!

How do snakes give birth?

Snakes both give live birth and lay eggs. The way that snakes reproduce depends on the species. There are three main “reproductive modes” for snakes:

The last reproductive mode for snakes, ovoviviparity, is a combination between both oviparity and viviparity.

Do any snakes give birth through their mouth?

While snakes are capable of amazing things, they do not give birth through their mouth.

People may jump to this conclusion though if they have seen a snake regurgitate or “throw up” eggs. These eggs aren’t the snakes’ though. Some species of snakes eat the eggs of other animals and may regurgitate these eggs (often fully intact).

If snakes feel threatened, they will want to make a quick get-away. Making a quick getaway is a lot more difficult with a belly full of eggs! So, if you see a snake regurgitate or throw up eggs, it is most likely trying to lighten it’s load so that it can get away ASAP.

Do snakes lay eggs in the ground?

Yes, but snakes also lay eggs on the ground, under logs and in vegetation. King Cobras however actually build nests for their eggs out of leaves, grass, and other fallen vegetation.

How do snakes mate? 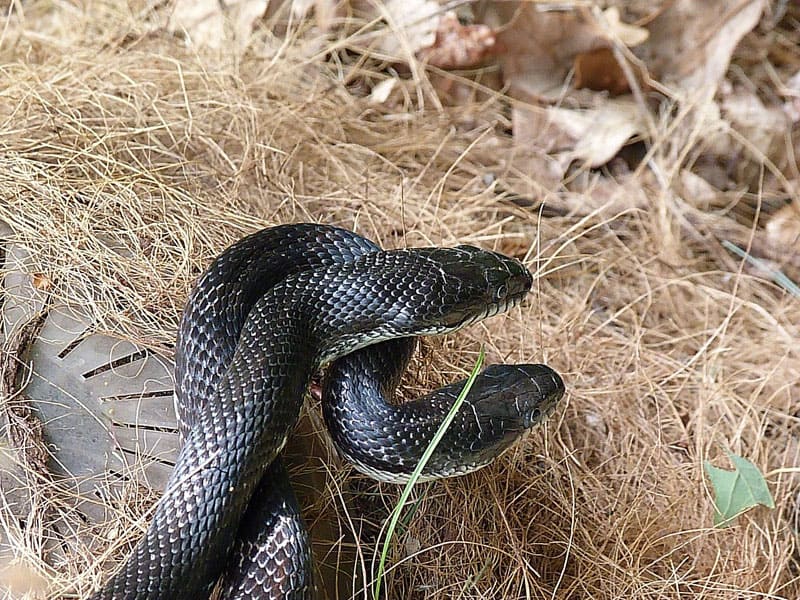 Considering that snakes have no arms or legs, you may have wondered how snakes manage to mate. This is certainly a popular question!

Male snakes have hemipenes, in other words male snakes may have two or more penises that are kept inside their body except for when it’s time to breed. Male snakes will wrap their tails around the tail of a female snakes before inserting their hemipenes into the female’s cloaca.

Reptiles and birds are unique in the fact that they have a cloaca which is where they pass waste (poop), lay eggs, and breed.

During breeding season, females may be in high demand. Some snakes actually form breeding aggregations (group sex for snakes) where one female may be attended to by several males.

What happens if you see snakes mating?

If you see snakes mating, there is a good chance that the male will abandon the female and they will go their separate ways. The presence of a giant, predator (that’s us) can really ruin the mood.

Do snakes mate for life?

No, snakes really aren’t social animals and once they mate, they will part ways and may never encounter each other again.

Do female snakes eat the male after mating?

While cannibalism does occur in snakes, females do not eat the male after mating. That is a trait that typically occurs in insects.

Do mother snakes care for their young?

Most of the time, mothers lay their eggs and then let nature take its course. By reproducing this way, mothers do not have to use as much energy caring for their young which allows them to go on and have many babies or clutches of eggs throughout their lifetime. However, some snake mothers invest a little bit more time and effort than others.

Do snakes produce milk and nurse their young?

No. Milk production and nursing only occurs in mammals. Once baby snakes are born or hatch, they are able to hunt for their own food.

Do snakes abandon their babies?

Typically, yes, but there are some snakes that don’t, at least not right away.

Some snakes, like pythons, will lay their eggs and then stay wrapped around their clutch until the eggs hatch. They do this to ward off any predators and to help keep the eggs warm to give them a better chance of hatching.

African Rock Pythons go a step further and will remain around their eggs for up to a few weeks after they hatch. They typically lay eggs in a burrow or den, and when the babies hatch, they will sit outside of the den to bask in the sun. Then, during the night they will go back into the den.

Baby African Rock Pythons may leave the den during the day for their first few weeks of their life, but then return at night where the mother is waiting. The babies will then curl up on the mother’s coils to warm up after her day spent basking.

King Cobras build nests and then will guard the nest for several weeks. However, they don’t stick around for the whole time. Scientists believe this is because King Cobras do eat other King Cobras and the mothers leave to avoid eating their own babies.

Examples of snakes that give live birth

Sea snakes are venomous snakes that are in the same family as Cobras, King Cobras, and Coral Snakes. Sea snakes are one of the only groups of snakes that are truly viviparous and not ovoviparous. The ocean is not the best place to lay eggs as you could imagine, which is why sea snakes give live birth.

Rattlesnakes, like other Pit vipers are also ovoviparous, where the babies will essentially hatch while still inside of the mother. Rattlesnakes may give birth to up to 10 babies depending on the species.

In conclusion, snake reproduction can be a lot more complicated than people may assume. Depending on the species, snakes may lay eggs (oviparity), give live birth (viviparity) or even give birth to the remnants of an egg sack that had developed internally (ovoviviparity).

Not only that, but the level of care and effort that goes into laying eggs and nesting differs between species. No matter what species though, baby snakes come into the world ready to hunt and survive on their own which is really pretty impressive if you think about it.

You may also like:  Why Do Snakes Yawn? (The 4 MAIN Reasons)