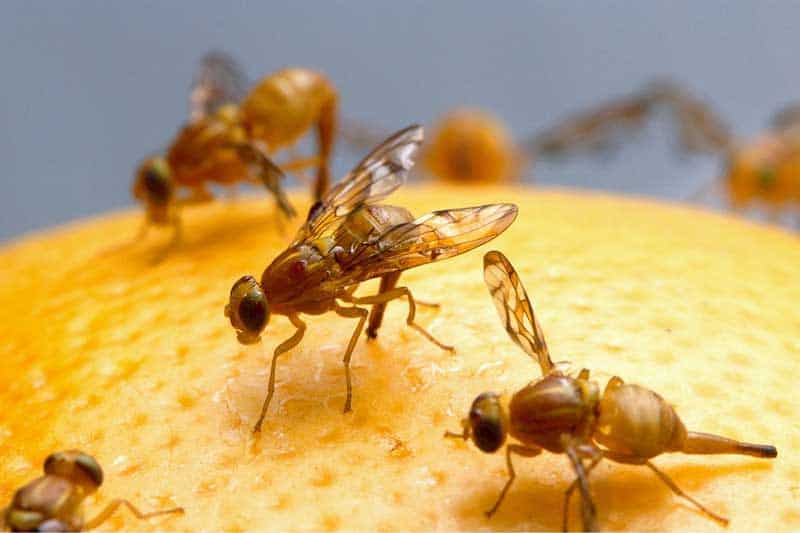 Nothing is more annoying than walking into your kitchen to a cloud of gnats buzzing around, or suddenly feeling one of this minuscule flying insects in your mouth, nose, eye, or worst of all your ear. Gnats may be harmless, but they can be the most annoying household pest. What’s worse is that it can seem like they’ve come from nowhere; your house might look spotless, but still they come. So, where do gnats come from, and what causes gnats to be your house?

First, here are the main types of gnats people get in their homes:

If you’re seeing gnats in your home, they’re generally one of three types: fruit flies, fungus gnats, or drain gnats. Each of these is drawn to different things, so it’s helpful to know what kind of gnat you have in order to identify why they’re in your house.

What causes gnats to be in your house? (6 things)

There are several things that could be attracting gnats, but luckily it’s not hard to identify where the problem is and how to remove the gnats. Below, you’ll find all the information you need on the different kinds of gnat in your home and what has drawn them there.

If you don’t want gnats in your house, here are the things to avoid:

Fruit flies like fruit. They especially like fruit that’s either rotting or getting close to rotting. If you have a habit of leaving fruit in bowls on the countertop, sooner or later you’ll get fruit flies. The same thing goes for food and drinks made from fruit; leaving half-empty wine glasses out is a sure-fire way to get fruit flies. 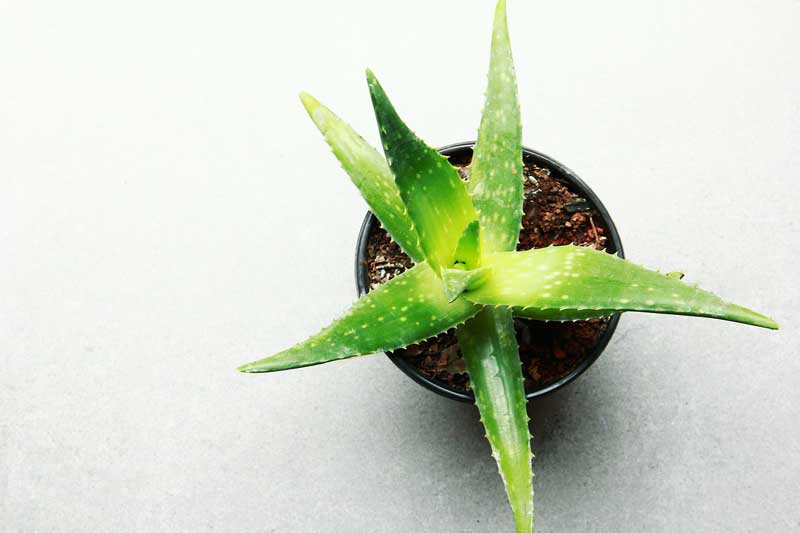 Too much moisture in your potting soil is going to attract fungus gnats. They like to lay their eggs in moist soil, and their larvae feed on the plant’s roots. Be careful with how much water you’re giving your plants, and make sure the soil drains well.

You may also like:  Woodpeckers in Oregon (Here Are 13 Species)

3. Waiting too long to take out the trash

Moist, decomposing organic matter is irresistible to gnats, so leaving your kitchen trash in the trash can for too long is likely to draw a bunch of them. Take your trash out frequently to minimize the risk of a gnat infestation.

4. Moisture in the bathroom and kitchen

A buildup of moisture in the bathroom or kitchen can create a breeding ground for drain gnats. Inspect the pipes under the kitchen sink for leaks, and run the vent fan in your bathroom to prevent or minimize the buildup of moisture, and you’re less likely to get gnats.

Gnats are drawn to things that smell sweet and fruity, so if you use a lot of hygiene and beauty products with fruit scents, the gnats might well be drawn to you. If you already have a gnat problem, you definitely don’t want to make it worse by using these types of products.

6. Rotting food in the drain/garbage disposal

If you regularly use your sink’s garbage disposal then you could have old rotted food built up in there. If left there for too long, gnats will be attracted to it and show up by the hundreds. If you’re worried that your disposal could be the source of your gnat problem, then fill up your sink with very hot water and remove the plug to let it all run through and flush the drain. A capful of bleach wouldn’t hurt either.

You may also like
23 common questions about gnats answered

How to Get Rid of Gnats in Your House

Fortunately, getting rid of gnats is relatively simple. It can even be done without the use of harsh, chemical pesticides if you want. Some simple products you can use to remove gnats are:

Some simple things you can do to remove or prevent gnats are:

Gnats can be in your home for several reason. Fruit flies are drawn to overripe fruit, so even if your fruit isn’t rotting it can attract gnats. Fungus gnats love moist potting soil and drain gnats love moist drains. These are the things drawn gnats into your house.

Moist organic matter is gnat larva paradise, and that’s where they want to lay their eggs. It’s also where they’ll emerge from as adults, and the egg and larval stages are very short. Fortunately gnats aren’t dangerous, just very annoying.