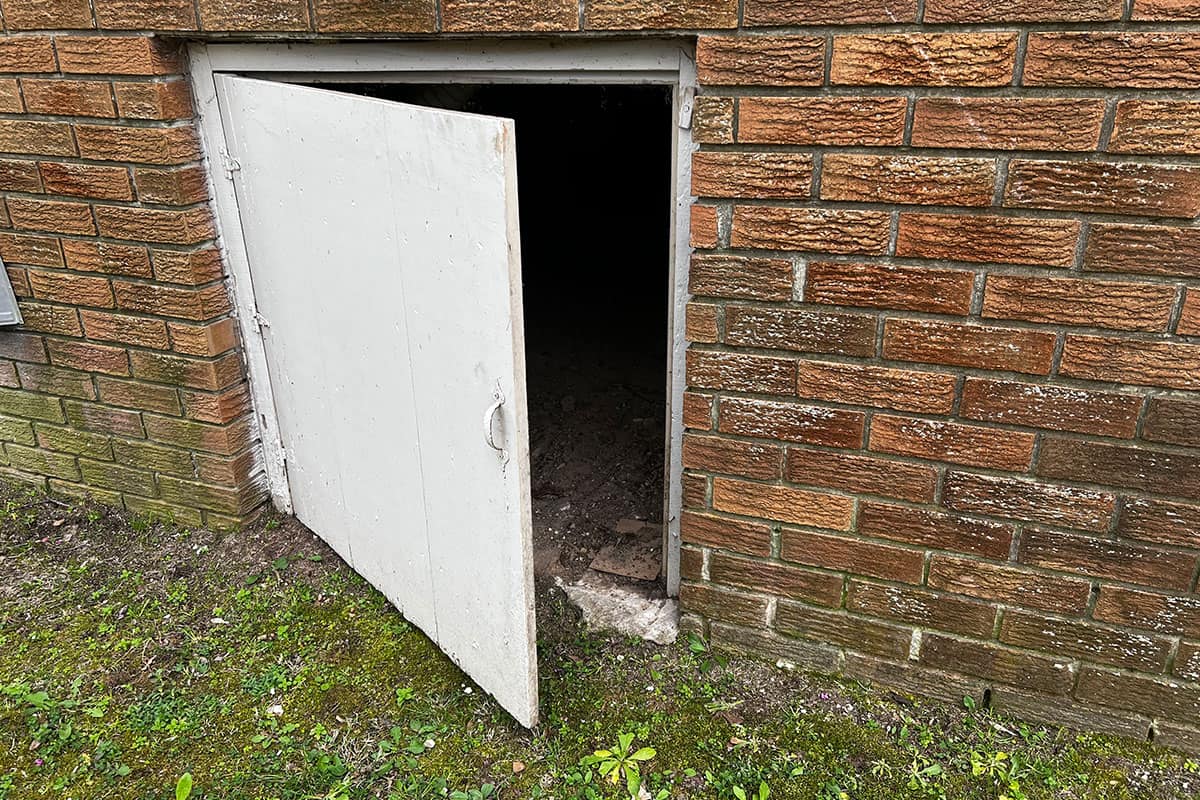 There are many animals that live under houses in order to seek refuge and forage for food. Certain species have adapted to life underground and are able to create complex burrow systems that provide them with a safe place to live. These species are known as subterranean animals and have the ability to create problems for homeowners as they can disturb the foundation of a home.

Small holes and meandering raised tunnels around a yard or near the foundation of a house is a clear sign that critters may be digging and burrowing on your property. In this article, we’ll discuss several species that may be lurking around your home and the damage they could potentially cause. 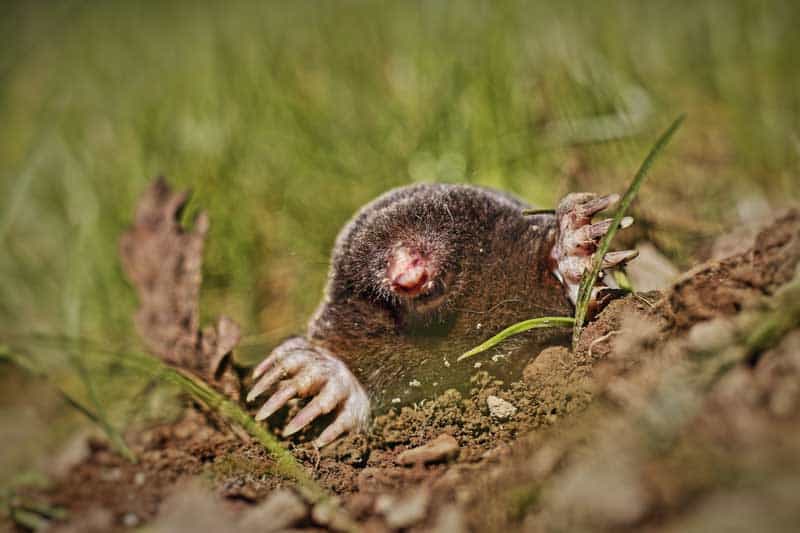 Moles are small rodents that create large burrow systems that can take over an entire yard. There are more than 40 mole species in the world, seven of which are native to North America. The Eastern Mole, Scalopus aquaticus, is one of the most common moles in North America and can be found in the eastern and central portion of the United States.

Moles spend much of their life underground building complex burrows that are used for shelter and nesting. A common indicator that moles are occupying an area is the distinct ridge-like tunnels that appear on the surface of the ground, known as molehills.

Their large forepaws and strong claws help them dig with ease. Although moles contribute greatly to insect control and soil aeration, their burrows can cause a substantial amount of damage to yards and building foundations. 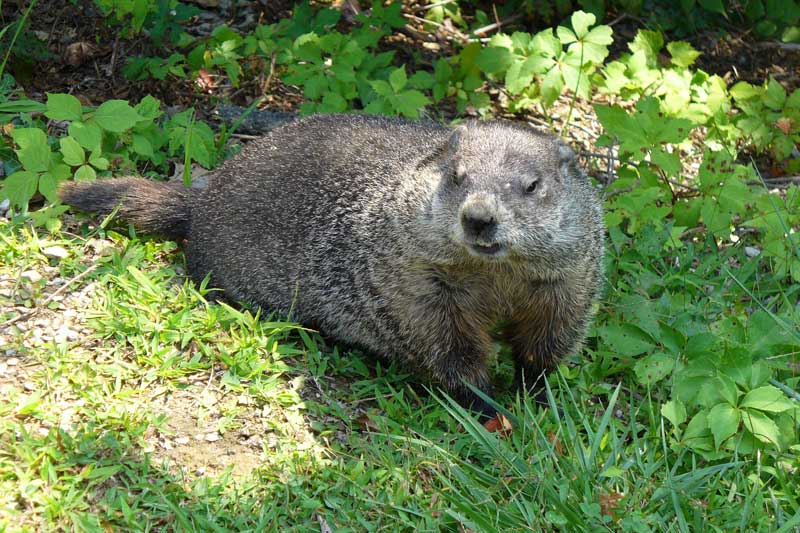 Groundhogs are fairly large rodents, a part of the marmot family. They are commonly referred to as “woodchucks” and can typically be seen munching on roadsides and in yards. Groundhogs spend much of their life eating in the warmer months and sleeping, or hibernating, in winter months.

These creatures can vary in color, but are typically reddish-brown, light brown, or grayish-brown with cream coloration on their face. Groundhogs can build large burrow systems, with some reaching over 60 feet (18 m) in length. Their eating habits and burrows can destroy gardens and the foundation of a home. 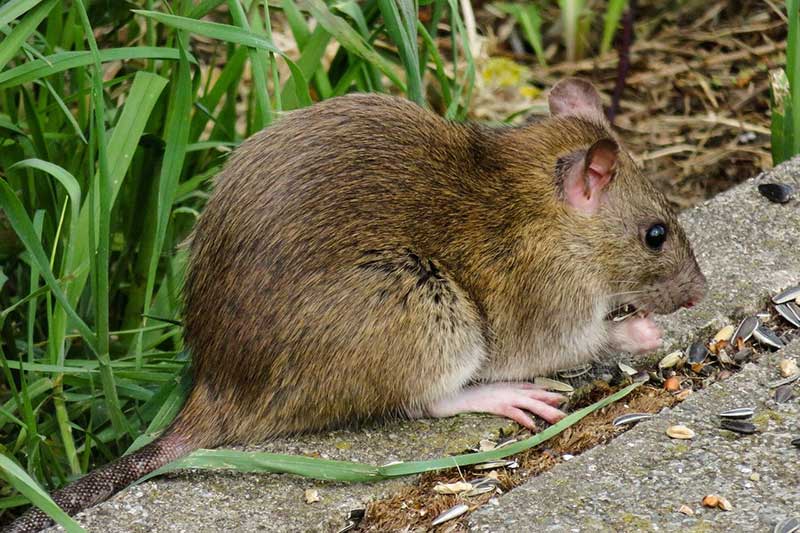 Rats are very clean, intelligent rodents that are either a beloved pet or pesky burden to homeowners. They have great hearing with highly sensitive whiskers that help them identify their surroundings.

Rats like to burrow and seek refuge in attics and underneath homes. Because of their intelligence, rats are very difficult to trap and often go unseen as they are nocturnal creatures.

Wild rats live in large communities and breed rapidly as females have the ability to give birth to over 10 babies in one litter and are in heat every four to five days. Rat infestations within a home can cause an immense amount of damage to structures by gnawing, urination, and nesting.

Voles are often mistaken for moles and shrews, however, voles do not create prominent ridge-like surface tunnels and they do not have long, pointy snouts that moles and shrews possess. Voles have stubby snouts, light to dark brown fur, and are fairly small as they grow to be about seven inches (17.8 cm) in length.

You may also like:  10 Animals that Eat Jellyfish (Pictures)

Common signs of vole damage include interconnected runways and small holes scattered throughout a yard. Homeowners are likely to see lawn damage after winter. On top of damaged lawns, voles also destroy shrubbery and trees as they like to nibble on roots and bark.

Opossums are nocturnal marsupials that like to linger around decks and porches. The only marsupial native to North America is the Virginia Opossum, Didelphis virginiana. They have white faces with gray bodies and long, bare prehensile tails that are able to grasp things.

Although possums do not dig or burrow, they can be found hiding under decks, porches, sheds, and accessible crawl spaces. Even though their presence may not be appreciated by homeowners, possums are actually very helpful in reducing harmful insect and rodent populations. 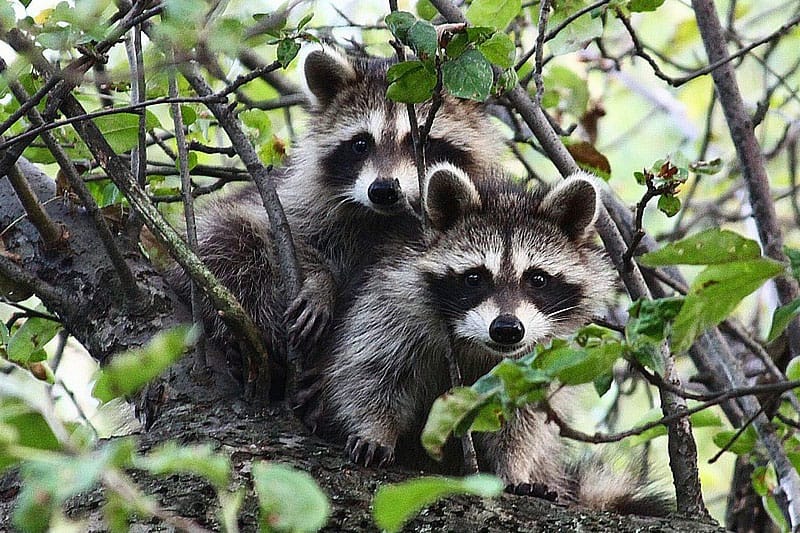 Raccoons are nocturnal creatures that can be found lurking around homes and rummaging through garbage that has been left out. They are easily identifiable by the black patches around their eyes that resemble a mask. They have a black nose, white facial coloration above the eyes and on the sides of the snout, and a grayish-black body with a bushy, ringed tail.

Similar to opossums, raccoons do not burrow. However, they may create small holes in yards as they forage for insects. They are opportunistic feeders, meaning they take advantage of a wide variety of food sources, including nuts, berries, eggs, small rodents, and occasionally human or pet food left outside.

Raccoons may reside in attics, crawl spaces, sheds, and under porches. Their hand-like paws can easily grasp things, allowing them to tear away at roofing or small holes created by other animals. They can cause a hefty amount of damage to a home if they manage to wriggle their way into an attic.

Foxes can be found in most parts of the world, with the most widespread species being the Red Fox, Vulpes vulpes. Red foxes are reddish-orange and brown in color with white fur on their cheeks, throat, and underbelly. They possess a long, bushy tail that helps keep them warm in colder months.

Foxes do not burrow, but they will dig to create dens for shelter. They also take over larger, abandoned burrows created by other animals. Since they typically seek shelter in caves, depressions, or burrows created by other animals, foxes generally don’t cause harm to yards or houses. They are not aggressive creatures, however, rabies is a common occurrence amongst foxes. 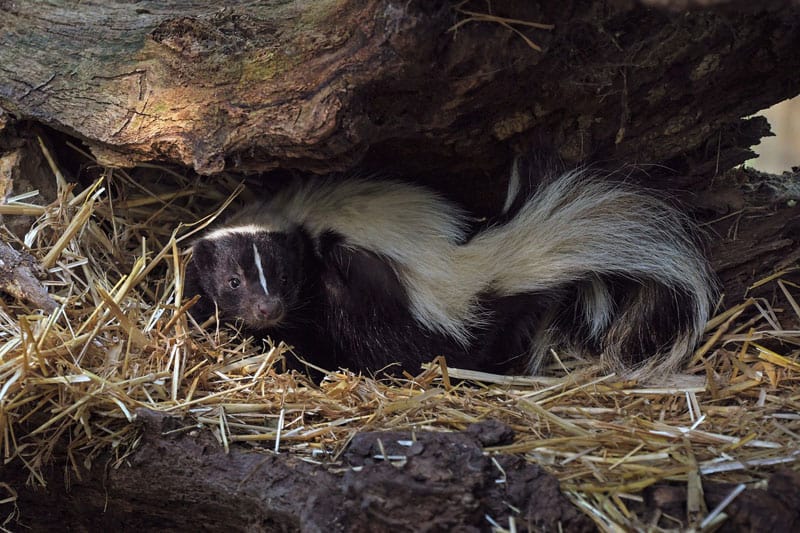 Skunks can disrupt the packed soil underneath the foundation of a home or yard by digging small holes for foraging and slightly larger ones for burrows. Their diet mainly consists of insects and small mammals, reptiles, and amphibians, so they are not very harmful to gardens and may actually help get rid of pests that destroy plants. However, their holes and burrows can damage lawns and negatively impact the foundation of a house.

You may also like:  8 Types of Animals With Quills (Pictures)

How Animals That Live Under Houses Cause Damage

Spotting wildlife in your yard can be a pleasant sight, however, some creatures that like to dig and burrow can cause serious problems for homeowners. When animals burrow underneath foundations, this loosens up the soil and compromises the stability of manmade structures.

Rodents cause a lot of damage by burrowing and cause internal damage by gnawing on wood, wiring, and other household components. Other non-rodent mammals may cause the same or similar issues. The best solution to getting rid of unwelcome guests is to call a humane wildlife removal service.