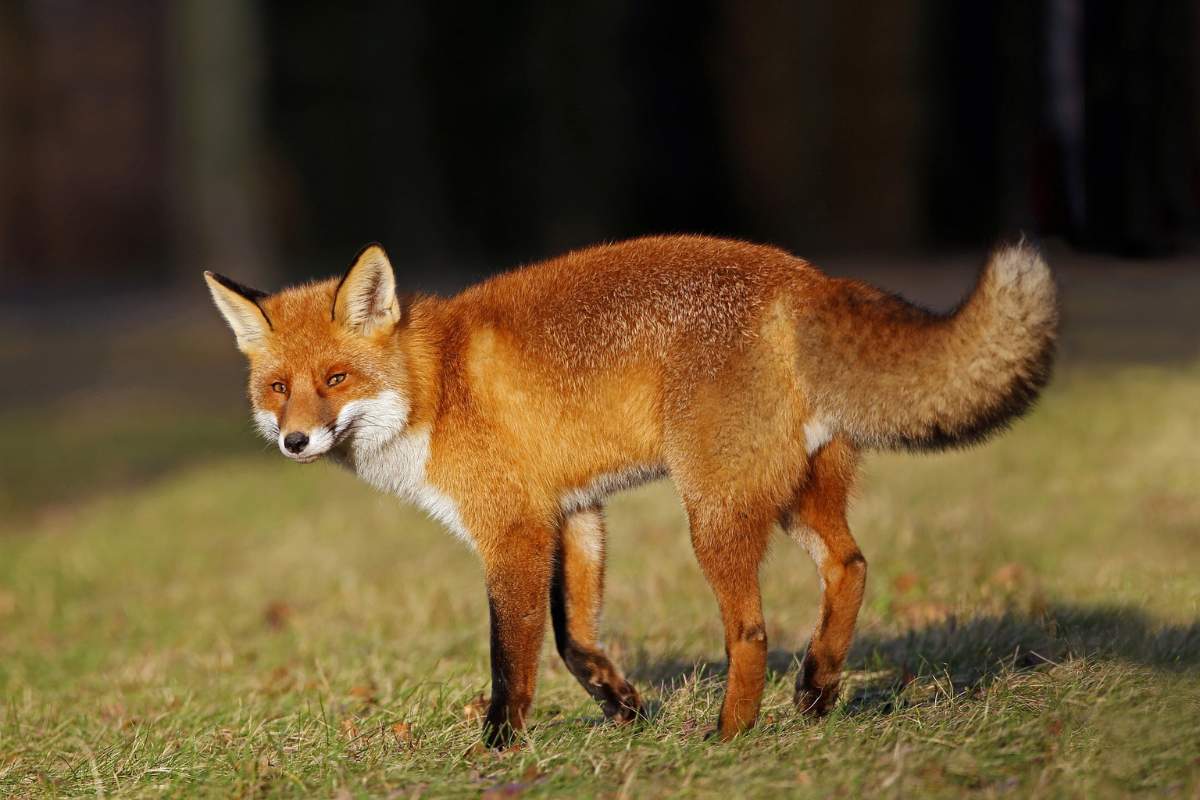 Foxes are one of the most iconic and beloved animals in the world. Known for their wily behavior, sharp intelligence, and striking features, foxes have been celebrated in folklore, literature, television shows, and movies for centuries. Did you know there are 6 different types of foxes in North America alone?

In this article, we’ll discuss the habitat, behavior, and lifestyles of 12 types of foxes from around the world.

The most widely distributed fox species in the world, the red fox inhabits Europe, North America, Asia, and parts of Northern Africa. With their distinct reddish-orange fur coat and white chest, they are easily recognizable by their bushy tails and pointy ears. Red foxes live in a variety of habitats, ranging from woodlands to tundras, grasslands, and mountains.

Red foxes are omnivores, meaning they will eat both plant material and animals. Their diet consists of small mammals like mice, voles, and rabbits, as well as fruits, berries, insects, and occasionally carrion.

This is the smallest species of fox found in North America, measuring just 18-26 inches in length and weighing between 4-7 pounds. They are distinguished by their long, slender bodies and relatively large ears that help them to better detect prey. Swift foxes have grayish coats with a white belly, chest, and muzzle.

Swift foxes inhabit the prairies of western North America, ranging from southern Canada to Mexico. They prefer open grasslands with low vegetation where they can search for small animals such as rodents, insects, and birds in the daytime hours. Swift foxes typically create dens in abandoned badger burrows or prairie dog colonies.

This small fox is native to North America. It is found in deserts, grasslands, and scrub habitats from southern Canada through Mexico. In appearance, the kit fox is similar to other small foxes, but it has large ears and a long bushy tail.

The fur of the kit fox is typically grayish-brown, although it can vary from a light fawn to a reddish-gray color. Kit foxes are nocturnal animals and they spend their days in underground burrows or dens. They have an omnivorous diet and feed on insects, small mammals, and fruits.

Native to the Arctic regions, the arctic fox has thick fur that keeps it warm during frigid winters. This species has a wide habitat range that includes most of Northern Europe, North America, and Asia. It is the only species of fox native to Arctic tundra regions.

Its fur is usually white or blue during winter, allowing it to blend into its snowy surroundings while hunting for prey. In summer, its fur changes to brown or gray. This species has a long, bushy tail and small ears with fur on the inside that helps keep it warm in cold temperatures.

Arctic foxes are omnivores, although they depend largely on smaller animals for food sources. They have fur on their paws which helps them walk on the snow without sinking in. The soles of their feet are also insulated to keep them warm.

This fox species is native to North and Central America. The gray fox is distinguished from other foxes by its grizzled gray or silver fur. The tail has a black tip and white underside, known as a “brush”.

Gray foxes have large ears and the soles of their feet are covered in fur for better traction and protection from the elements. Gray foxes inhabit open and semi-open habitats, including forests, woodlands, brushy areas, and grasslands.

They are omnivorous, eating small mammals such as mice, birds, reptiles, and invertebrates, as well as fruits and berries. They are excellent climbers, using their strong clawed feet to scramble up trees in pursuit of prey or to escape predators.

The Sierra Nevada red fox is a rare subspecies of the red fox native to California’s Sierra Nevada mountain range. They have been seen living in meadows, woodlands, scrubby areas, and coniferous forests. The fur of these foxes ranges from light brown to deep reddish-brown, with a white-tipped tail and light-colored fur on the chest and belly.

These foxes are very shy and elusive animals, so sightings of them are rare. They feed mainly on rodents, rabbits, insects, berries, fruits, and other small animals that live in their habitat. The Sierra Nevada red fox is an important part of the Sierra Nevada ecosystem, and its presence helps maintain a balance in the environment.

Native to the Indian subcontinent, the Bengal fox is found in India, Nepal, and parts of Pakistan. Bengal foxes are small canids, measuring only about 26 inches long, and weighing around 12 pounds. They have brown or reddish fur that is grayish at the base with distinct black stripes on their flanks and legs, giving them their name.

Bengal foxes primarily inhabit dry, open forests and grasslands but can also be found in areas of human habitation such as agricultural fields, villages, and cities. They are omnivorous animals that feed on a variety of food sources, including fruit, small reptiles, insects, and rodents.

They are usually solitary animals, but sometimes form small family groups of up to four individuals. During the day they rest in dens dug into the ground or in underground burrows and are active at night when they search for food. Bengal foxes can be very vocal animals, producing barks and shrieks to communicate with each other.

This small species of fox is found in the Middle East and parts of Central Asia. A medium-sized fox, adults average between 30–34 cm (12–13 in) tall at the shoulder and weigh around 1.2 kg (2.6 lb). They have a sandy-gray coat that is marked with white patches on their face and chest, as well as a black tip at the end of their tail.

Blanford’s fox is an adaptable species and can survive in a variety of habitats, including deserts, steppes, and alpine meadows. They are omnivorous, with their diet consisting of rabbits, gerbils, insects, and fruit.

The pale fox is a species of small fox native to the African Sahel and Desert regions. It can be found from Senegal in West Africa to Sudan in Northeast Africa.

This species is characterized by its sandy coat, darker muzzle and legs, long tail with a black tip, and relatively large ears. It lives in arid habitats such as deserts, semi-deserts, and steppes.

This fox mainly feeds on insects like locusts and grasshoppers, but will also eat small animals like rodents, reptiles, and birds. It has also been observed to scavenge on animal carcasses.

While they mainly rely on other animals for food sources, they will eat berries and plant matter. The pale fox is an active hunter that uses its keen senses of smell and hearing to locate prey in the sandy environment where it lives.

This medium-sized species of fox is found in parts of Central Asia and East Asia. The Corsac fox has brownish-gray fur on its back that gradually fades to yellowish-white on its belly.

Its tail is a reddish-brown color and has a white tip, giving it an appearance similar to the red fox. This species of fox also has very large ears which enable it to hear potential prey from long distances.

The corsac fox lives in open grasslands and steppes, preferring areas with plenty of vegetation, such as shrubs and tall grasses. It is primarily nocturnal and scavenges for food, but can also hunt small mammals like voles and hares. Solitary animals and highly territorial, corsac foxes mark their territory with urine or feces.

The fennec fox is a small, crepuscular fox native to the Sahara desert in North Africa. They have exceptionally large ears which help them to dissipate heat and keep their core body temperature low while they sleep during the day.

Fennec foxes are omnivores, feeding on small rodents, birds, insects, lizards, and vegetation. They are social creatures and live in large family groups with a dominant male, female, and their offspring.

The fennec fox is known for its coat of soft sandy-colored fur which helps it to blend into the desert environment. It has a long bushy tail tipped with black and its paws are covered in fur to help keep the sand out. They weigh no more than 3-4 pounds and have an average body length of 16-18 inches.

This species of small-sized fox, also called the silver-backed fox, is found in southern Africa. This species is tan or grayish in color with distinct black markings on the face and body.

Its long furry tail and thick coat help protect it from the chilly nights in its native range. The cape fox has a wide range of habitats, from dry steppes to dense forests, and is an omnivore that eats insects, small mammals, birds, lizards, and plants.