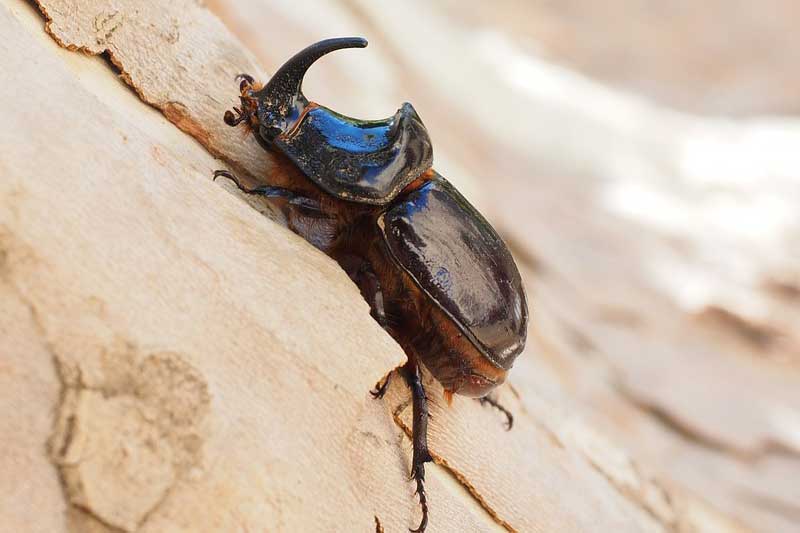 Some animals have horns, tusks or antlers which they use for defending themselves or even to use against other animals with horns to win over potential mates. The most iconic one-horned animal that typically comes to mind isn’t an animal at all but a mystical creature… the unicorn. But did you know that there are actually other animals that have one horn? In this article we’ll look at some of those animals with one horn, and learn a little bit about them.

8 Animals with One Horn

Horns are typically made out of keratin, the same protein that is used to make our hair and nails. Most animals that have horns or tusks tend to have at least two or more, but in this article we will focus on animals that have a single horn.

These 8 animals suggest that the myth of the unicorn isn’t too far fetched and serves as an example of the weird and wonderful of the animal world. 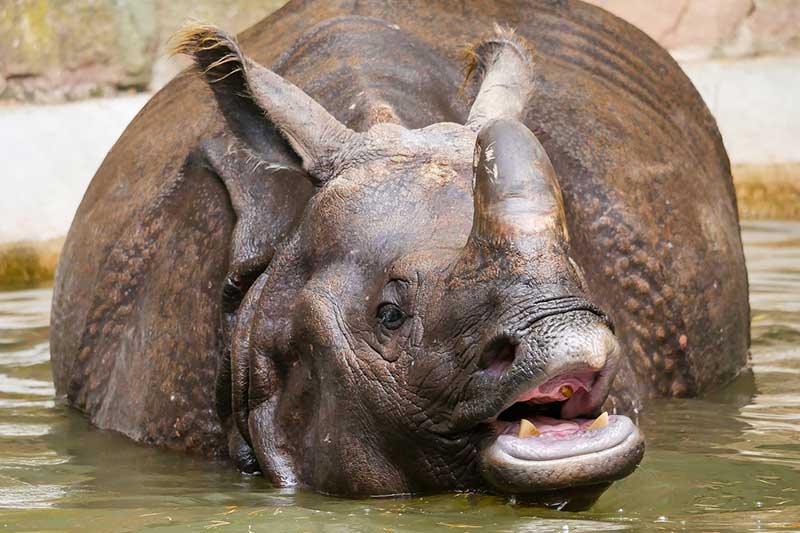 Probably the first animal that comes to mind when you think of an animal with horns is a Rhino. Most species of Rhinos actually have two horns, but the Indian Rhinoceros has one single horn that can grow up to over 3ft long! Another name for the Indian Rhinoceros is the greater-one horned rhinoceros.

It’s debatable whether or not the Narwhal technically belongs on this list because the horn that you see on a Narwhal isn’t a horn at all, but actually one, large tooth. Not only that, but Narwhals have a very small, hardly noticeable tooth next to their large, protruding tooth that they are known for. But at the very least it at least looks like Narwhals have a single horn.

Narwhals use their horn or tooth to feel around while foraging and to help navigate the chilly, murky arctic waters. Additionally, Narwhals are thought to use their large horn to compete with other males for females during mating.

Where Narwhals are found: Narwhals inhabit the arctic waters near Greenland, Canada, and Russia.

Appropriately named, the Unicornfish has a single horn-like appendage protruding from it’s skull. There are several species of Unicornfish that can be found in tropical waters. Some of them can grow to be over 2 feet long with 2.5 inch long horns! Biologists aren’t exactly sure what the purpose of these strange horns are, but they sure do make for a unique appearance.

Where Unicornfish are found: Warm, tropical waters in the Indo-Pacific, spanning from Africa to Hawaii. 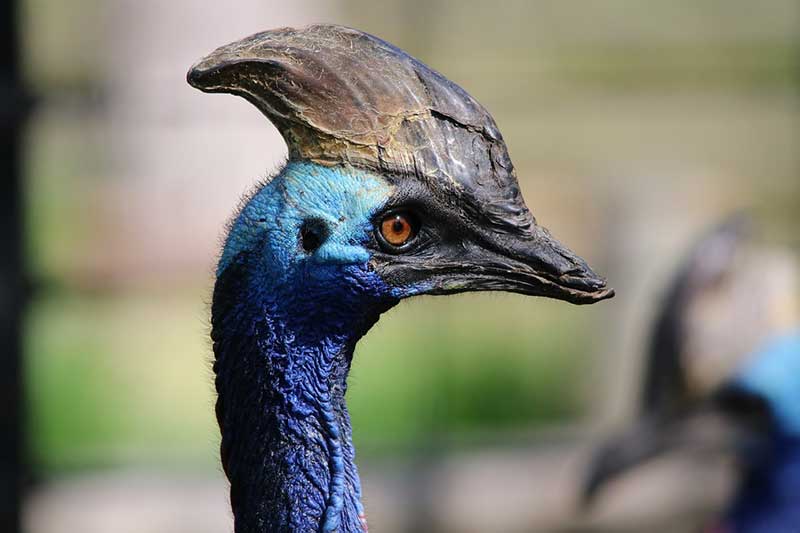 Cassowaries are birds that are not to be messed with. They have a large horn like structure, which is technically called a casque at the top of their head. Cassowaries are thought to be the most dangerous birds that have a mean temper. They are known to attack nearly unprovoked, making it difficult for field biologists to learn much about their behavior.

It is unclear what the purpose of the horn or casque is, especially since female Cassowaries have larger horns than the males- something that is atypical in the animal kingdom.

Just by looking at the Rhino-horned Lizard you can understand where it gets its name. Rhino-horned Lizards have a single horn coming from the tip of their snout. They are only small lizards and tend to live an arboreal lifestyle up in the trees where they move very slowly. 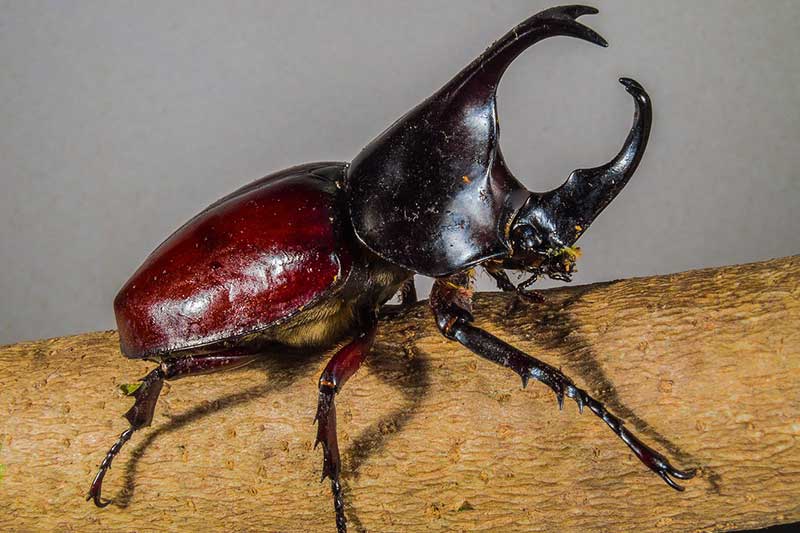 Horns aren’t just for vertebrates! The Rhinoceros beetle is appropriately named for its large horn on the heads of the males. There are many species of Rhinoceros beetles, with some of them growing to be up to 6 inches- making them one of the largest species of beetles in the world.

Rhinoceros beetles have Rhinoceros like strength and are able to lift things up to 850 times their size. 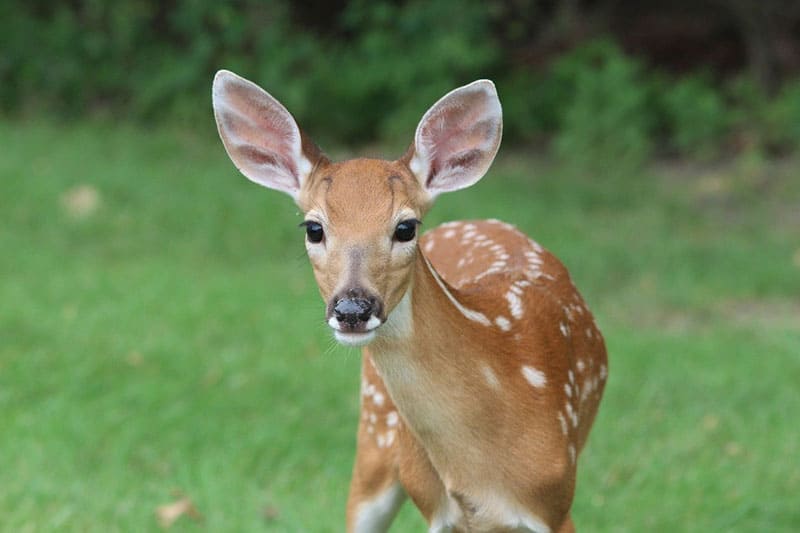 Deer typically have two antlers or horns, however in some cases, Deer may be born with a single horn or antler, giving them a very unicorn-like appearance. A Roe deer found in Italy caught the attention of nature lovers for its single horn protruding from it’s head.

But this single horn is likely due to a rare genetic mutation, meaning that in almost all cases Deer do not resemble a Unicorn but instead have the usual two horns or antlers.

Where deer are found: There are many many species of true Deer throughout the world, occurring in North and South America, Europe, and Asia.