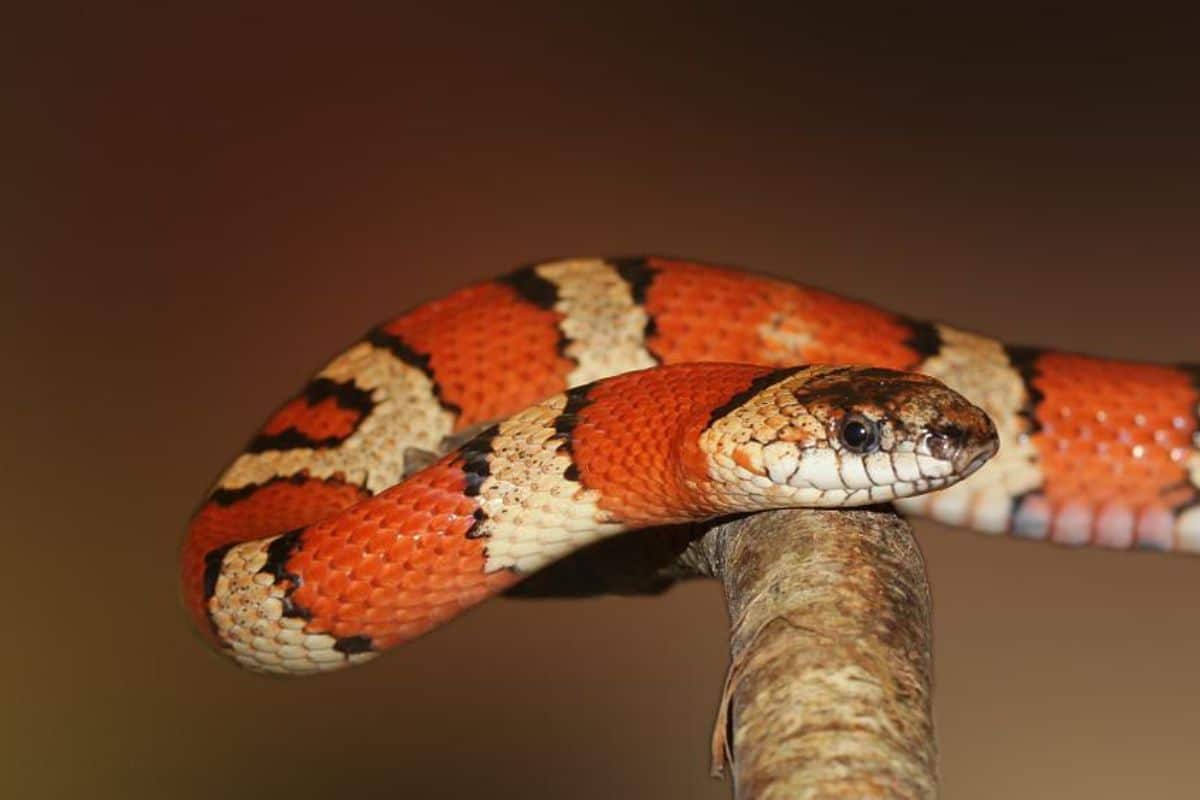 Snakes are interesting legless creatures found in regions around the world. They belong to the reptile family, and share similar traits with several other types of animals. There are other reptiles, and fish, that can be like snakes in multiple different ways.

These 10 animals are like snakes for many reasons, from having similar appearances to being part of the same family, and a few other reasons.

The American eel is a fish that can closely resemble a snake. They are legless, and found in regions of Greenland, Iceland, and Venezuela.

These animals are long, able to reach up to 4 feet, and have slimy skin. Even though American eels are legless, they do have small fins to help them propel through the water.

Just like the American eel, the Asian eel has a similar appearance to snakes, and is sometimes mistaken for one of these reptiles. However, these animals are fish, and as adults they may be 3 feet long.

They have a single dorsal fin, but no pectoral fins like the American eel. These fish are native to Australia, South America, Central America, and Africa.

Crocodiles are massive reptiles, putting them in the same family as snakes. While they do not look like the legless reptiles, crocodiles can often be found in some of the same regions that snakes live in.

Crocodiles have even been known to eat water snakes they come across. They thrive in swamps, lakes, and rivers, and are covered in thick scales.

The American alligator is only found in the United States, as the name suggests, and they share many of the same habitats as various North American snake species. These massive reptiles will sometimes prey on snakes, in addition to fish and small mammals.

Their huge jaws and teeth make it just as easy to go after larger prey, such as deer or coyotes. American alligators can reach several feet long, with strong tails that let them swim quickly through the water.

Similar to snakes, the green Moray eel has a long body with no legs. These eels also appear flat, and have fearsome jaws and teeth for hunting and killing prey. Moray eels look like sea serpents, and despite the name they are not actually green.

Instead, they are covered in algae, and are actually a brownish color. Green Moray eels live in regions of the Atlantic Ocean.

You may also like:  14 Animals That Use Mimicry (with Pictures)

Another fish that has a similar appearance to various water snakes is the short-finned eel. Their bodies are long and slender, and adults reach an average of 3 feet long. Short-finned eels can be found in the oceans near Australia, South Pacific, and New Zealand.

Skinks are lizards that are often mistaken for snakes when people don’t take notice of their short legs. This is because they have long and smooth bodies, plus a long tongue similar to a snake’s.

Some types of skinks will only get a few inches long, while others can get much longer. There are various species found across North America, often in some of the same regions that common snake species are found in. Similar to snakes, they can feed on crickets, roaches, spiders, and other types of insects.

The eastern glass lizard is one of the animals on this list that most closely resembles snakes. These reptiles can be found in the eastern regions of the United States, including South Caroline and Georgia.

They are legless lizards, and if they feel they are in danger they can break their tail off to get away. Eastern glass lizards are capable of swimming and climbing up high trees. 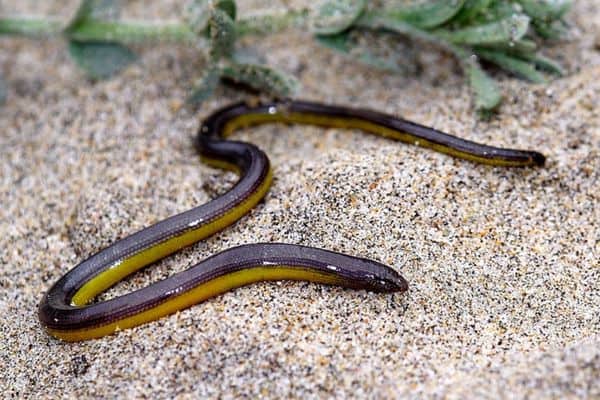 The California legless lizard thrives in coastal habitats, and when spotted in the wild it can be confused for a snake. There are a few small traits that can tell them apart from snakes.

They have forked tongues and eyelids, unlike snakes. These reptiles have similar diets consisting of insects, like crickets and spiders.

Due to a docile nature and relatively easy care requirements, bearded dragons have become a popular pet choice, just like many types of snakes. Bearded dragons can be fed many different vegetables as well as insects, such as crickets, spiders, and other invertebrates that small snakes might eat.