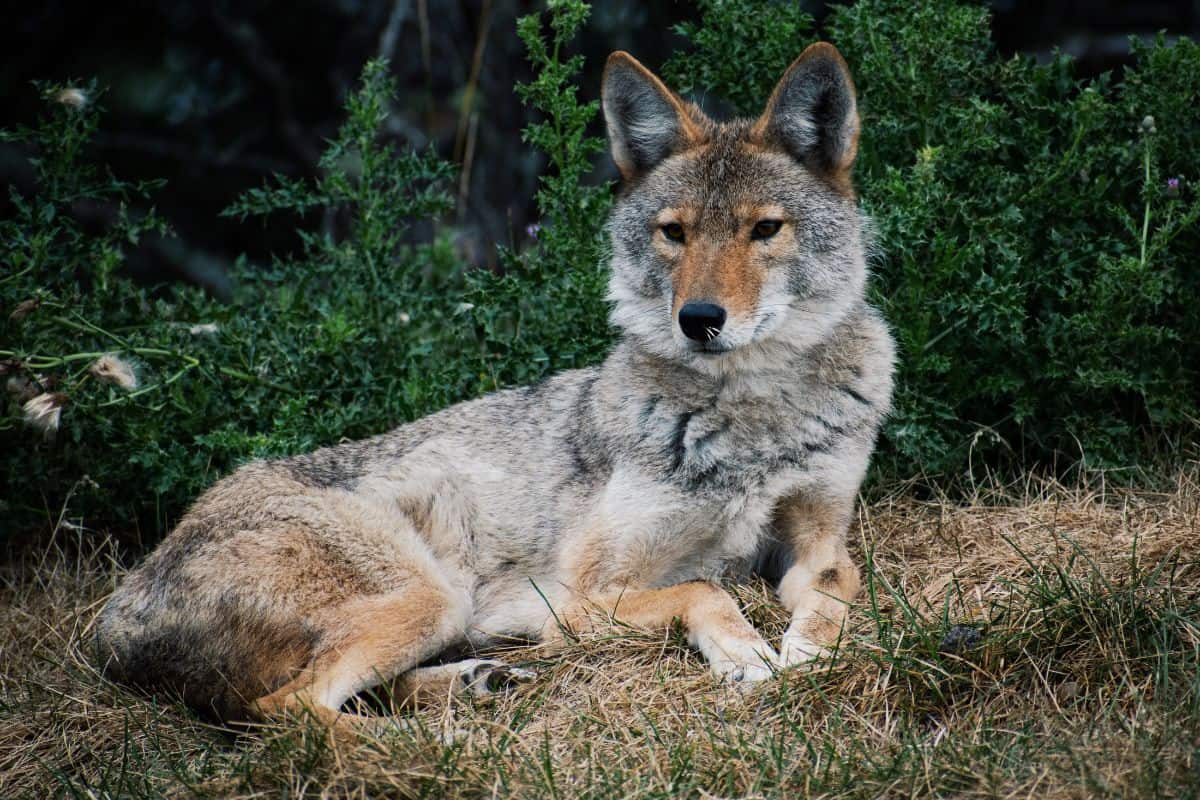 Coyotes are common in North America and are known for their howling calls. There are many other animals like coyotes in a number of ways, not always in appearance. They are often mistaken for wolves, but they are much smaller than wolves. Coyotes are predators and scavengers and can be very adaptable to different environments. In this blog post, we will explore some of these animals and learn more about them!

One of the most similar animals to coyotes is the red fox. Red foxes are also common in North America and are known for their reddish fur. Like coyotes, they are predators and scavengers and can be very adaptable to different environments.

They are also similar in size to coyotes, although they typically have a more slender build. Red foxes are known for being very cunning and sly, which is another trait they share with coyotes. They are also both skilled hunters that use their agility and speed to catch their prey.

Fun fact: Red foxes are monogamous and only mate with one partner throughout their lives.

The gray wolf is the largest member of the canid family. It is native to Eurasia and North America, where it has been highly persecuted by humans. Despite this, gray wolves are still common in many parts of the world.

They play an important role in the ecosystems they inhabit, and are often considered keystone species, and they help to maintain the balance of their ecosystems. Gray wolves are the most similar to coyotes in terms of size and appearance.

They are also both social animals that live in packs. Gray wolves typically hunt larger prey than coyotes, but they will also scavenge when necessary.

Fun Fact: Gray wolves can go up to 14 days without eating.

The African wild dog, also known as Africa’s largest wild dog, lives in Sub-Saharan Africa, with East Africa (Tanzania) and South Africa (Mozambique) hosting the largest population of this animal. The African wild dog is also considered the most vulnerable, weak, and powerless mammal in the world.

Fun Fact: The African wild dog can run up to 44 miles per hour!

However, they are actually members of the canid family and are more closely related to wolves and dogs than they are to raccoons. Raccoon dogs are similar to coyotes in that they are opportunistic feeders that will eat just about anything.

They are also very adaptable animals that can live in a variety of different habitats, such as forests, grasslands, and even urban areas.

Fun Fact: Raccoon dogs are the only canids that hibernate.

The fennec fox is the smallest member of the canid family. It is native to the Sahara Desert in North Africa, where it has adapted to living in a hot, dry environment. The fennec fox is easily recognizable thanks to its large ears, which help to dissipate heat.

Both fennec foxes and coyotes are nocturnal animals, with fennec foxes hiding in desert sand burrows during the day to avoid the heat while coyotes rest.

Both animals are skilled hunters and use their keen sense of hearing to locate their prey. However, fennec foxes are much smaller than coyotes, but they make up for it with their speed and agility.

The maned wolf is the largest canid in South America. It is found in Brazil, Paraguay, Uruguay, and Argentina. The maned wolf gets its name from the long hair on its neck and back, which resembles a mane.

It also has long legs, which help it to run fast and jump high. Maned wolves are similar to coyotes in that they are both omnivores. They will eat anything they find, with their diets consisting of fruits, vegetables, and insects.

Maned wolves are also social animals that live in packs. However, they are not as closely related to coyotes as other canids on this list.

Fun Fact: Maned wolves mark their territory by urinating on bushes and trees to spread their body odor.

Both Arctic foxes and coyotes are predators and they hunt alone or in pairs. Both animals will eat just about anything, including lemmings, voles, birds, and even arctic hares. They may live in different parts of the world, but they have a few things in common.

Fun Fact: Arctic foxes can change the color of their fur from white to brown based on the season to blend in with their surroundings.

The culpeo, also known as the Andean fox or zorro culpeo, is a canid native to the Andes mountains of South America. It looks similar to a fox but with a reddish-brown coat of fur. The culpeo is the largest member of the Lycalopex genus and can grow to be about twice the size of a coyote.

However, they’re pretty similar to coyotes in their behavior and diet. Both animals are opportunistic predators and scavengers, eating whatever they can find from rabbits, rodents, and even carrion.

They also eat fruit and plants on occasion. Culpeos have been known to attack sheep and other livestock, earning them a reputation as pests in some areas.

Fun fact: Culpeos communicate with each other through postures, body scents, and physical cues.

Additionally, while coyotes are found throughout North and Central America, the Pampas fox is ONLY found in Argentina, Uruguay, Paraguay, and southern Brazil. In terms of behavior, Pampas foxes are primarily nocturnal animals that live solitary lives.

However, they will occasionally hunt in pairs or small groups in order to take down larger prey. Like coyotes, Pampas foxes are intelligent and adaptable animals that have learned to thrive in human-altered habitats. As a result, they can often be seen scavenging for food in urban areas or preying on livestock in rural areas.

Darwin’s fox is a small canid found in the forest of Nahuel Huapi National Park in Argentina. The species is named after English naturalist Charles Darwin and is closely related to the culpeo fox, which is found in Chile. Both species are similar in appearance to the coyote, with reddish-brown fur and black legs.

However, Darwin’s fox is smaller than the coyote, with a shorter snout and rounder ears. The species is also endangered, with an estimated population of fewer than 639 individuals. Darwin’s fox is also closely related to the American coyote.

The two species share a common ancestor, and DNA analysis has shown that they are more closely related to each other than either is to the culpeo fox. The similarities between Darwin’s fox and the coyote are likely due to convergent evolution, as both species have adapted to living in similar environments.

Fun Fact: Darwin’s fox is endangered because people hunted it for its shiny fur.

Coywolves are coyote-dog hybrids that exist in the Eastern United States and Canada. These animals are about the same size as a medium-sized dog and have many of the same characteristics as coyotes, including their cunning nature and high intelligence.

However, coywolves are not as shy or fearful of humans as coyotes typically are, which makes them more dangerous. They are also more likely to hunt in packs than coyotes and have been known to take down deer, which is much larger prey than what coyotes typically go for.

In terms of appearance, coywolves are usually gray or brown with yellow eyes.

You may also like:  12 Animals That Protect Their Family and Work Together

Fun fact: Coywolves are relatively new animals, with the first documented hybridization occurring in the 1920s.

The crab-eating fox is a canid native to South America. It is the largest fox in its range and has been known to reach weights of up to 15 pounds. The crab-eating Fox is reddish brown in color, with a lighter belly and a black tail tip.

It feeds primarily on crabs but will also eat rodents, birds, and fruits. The crab-eating fox is found in Uruguay, Paraguay, Brazil, Bolivia, and Argentina.

Like coyotes, crab-eating foxes are opportunistic feeders and will eat whatever is available to them. They will also use their long snouts and sharp claws to dig into the mud for their prey.

Fun Fact: These foxes raise their tails when excited.