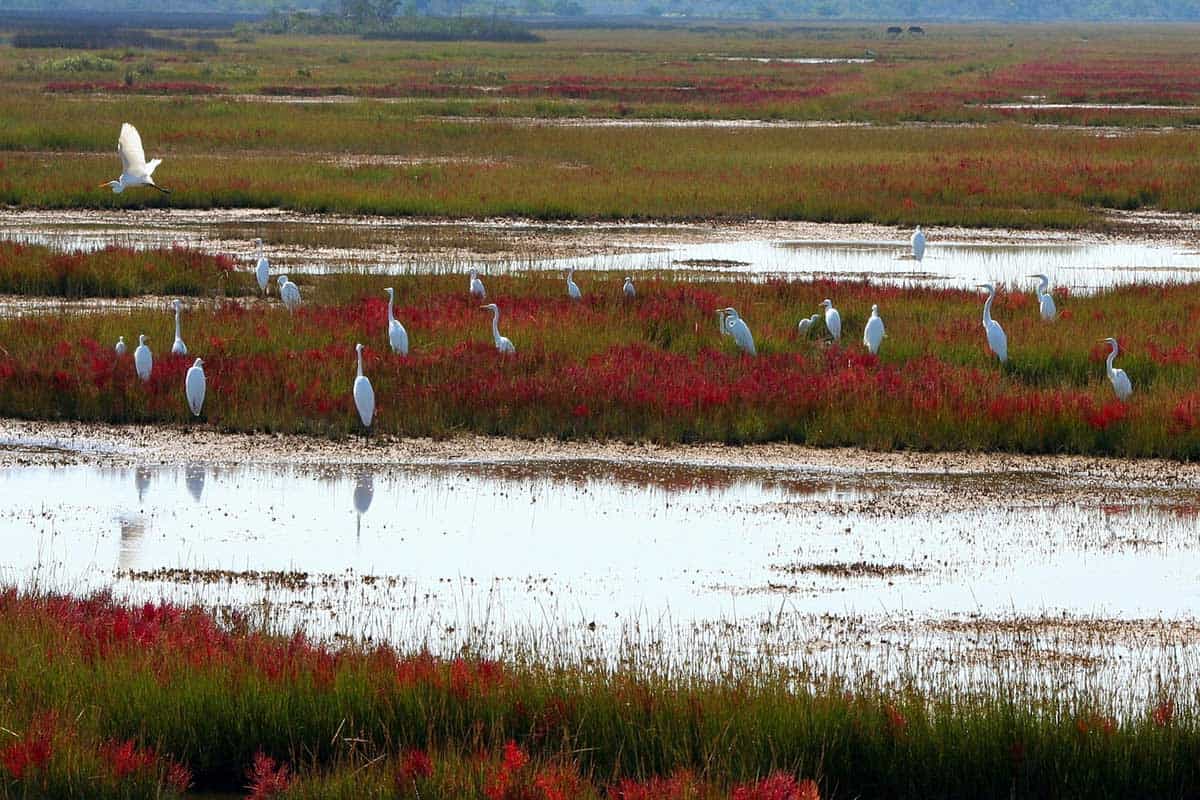 Swamps are diverse ecosystems that support many species of birds. Birds that live in swamps have adapted to their habitat with unique features that help them to survive in the harsh conditions of swamps and wetlands.

For example, swamp birds have feathers made mostly of water-repellent proteins and oil. Their feathers are very effective at keeping them dry and cool in hot weather and preventing them from sticking to mud and other wet surfaces.

11 Birds That Live In Swamps

This list will look at eleven birds that live in swamps and their distinctive features that support living in the swampy environment.

One of the most common birds that live in swamps is the great blue heron. They are an essential part of the ecosystem of a swamp. Herons eat fish, amphibians, and other small animals that live in the swamp.

The great blue heron is recognizable by its long neck and long legs that allow it to wade through shallow swamp water in search of prey. 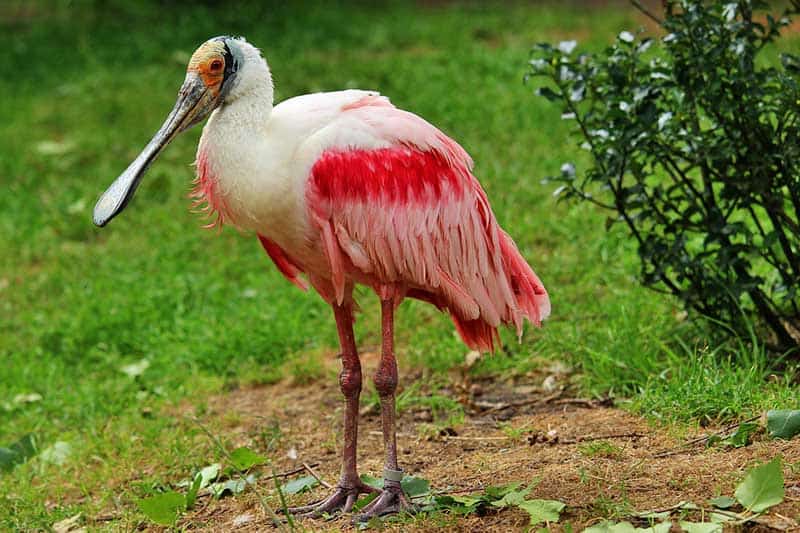 One of the most fascinating birds that live in swamps is the roseate spoonbill. Only found in the Americas, the roseate variety is one of six species of spoonbills in the world.

This bird gets its name from a unique and long beak shaped like a spoon and vivid pink feathers. The spoonbill uses its unusual bill to scoop and filter underwater insects out of the muddy swamp waters. 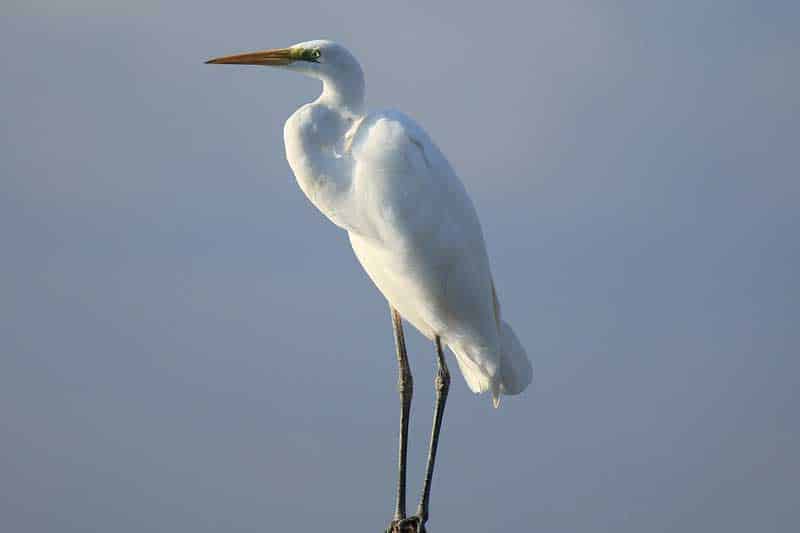 The egret is a heron, and the great egret is slightly smaller than their cousin, the great blue heron. Great egrets hunt swamp waters for fish to stab with their beak. They wade through shallow waters or stand perfectly still, waiting for prey. Great egrets nest in multi-species colonies alongside other coastal and swamp birds. 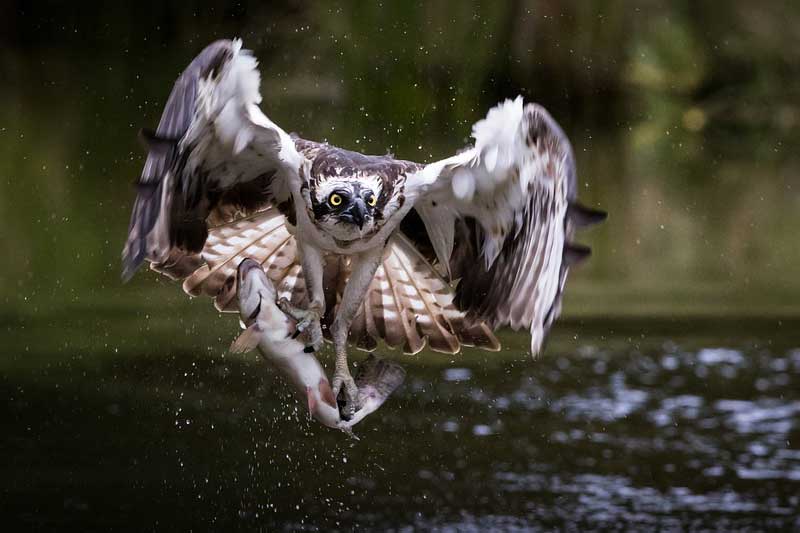 Osprey are raptors that live in swamps. They look similar to a hawk. The osprey is a fish-eating bird that has a very wide range of prey. It can eat anything from small fish to other seabirds.

The osprey is also known for diving feet first to catch fish with its large hooked talons. An osprey can dive from up to 100 ft above, and reach a speed up to 50 miles per hour before hitting the water.

The whooping crane is a swamp bird named for its whooping call. They are the largest bird in the United States and one of the most endangered birds in the world.

The only naturally breeding flock of whooping cranes breed in Canada in summer and migrate to Texas for winter. Whooping cranes get their name from their short single bugle sound produced by their long trachea. They also will bugle in unison during their courtship dance.

You may also like:  8 Types of Animals That Are Blind (Fun Facts)

Sandhill cranes are tall, slender birds with long necks and legs. They are gray with crimson mask on their head and over their eyes. Sandhill cranes live in swamps and other wet areas. 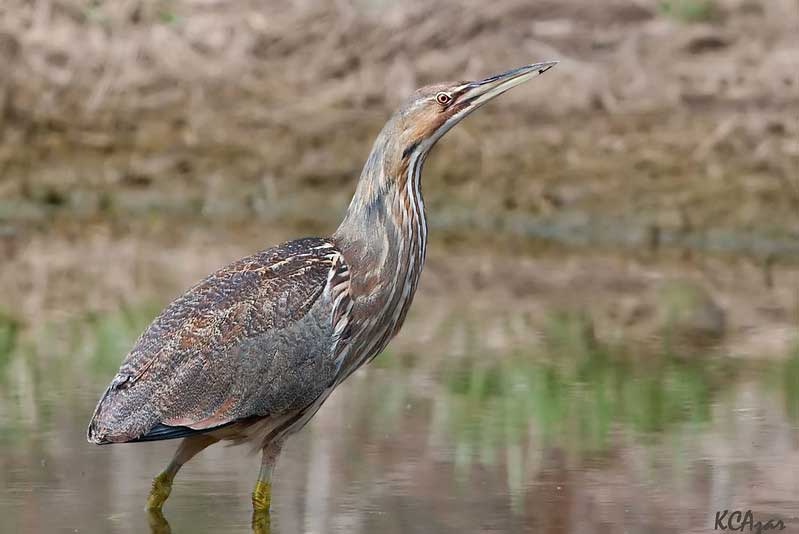 The American bittern are also a heron that lives in shallow marshes and swamps where they can access many different food sources. Bitterns are shy and secretive swamp birds who hunt small amphibians, insects, and fish in dense swamp grass.

They seldom fly out in the open. Bitterns have an unmistakable clack and gulp call. The American bittern’s dark brown stripes camouflage them in the swamp vegetation. They are often heard before they are seen.

One of the most unusual birds that live in a swamp is the black-necked stilt. This bird is unique because it has long legs for its relatively small body. Their long stilt legs hang behind them when they fly.

They have a distinct black and white color. Stilts nest in swamps and on shorelines. When disturbed by an unsuspecting passerby, the black-necked stilt can cause quite a loud commotion with their sharp, high-pitched keek call.

Swamp sparrows live amongst the reeds and cattails. They sing in the swamp with the trills of their birdsongs. The swamp sparrow looks similar to other sparrows in color and appearance, but it has longer legs. They can wade and forage for small insects in shallow water. Swamp sparrows are plentiful in the swamp.

White Ibises have a recognizable curved bill to catch prey in swamps and other wetlands. Interestingly, baby Ibises have a straight bill that starts to curve downward at around 14 days old.

White Ibises forage in shallow water in large colonies and nest in trees around the shores and swamplands. They change locations almost annually. White Ibis are often seen digging for insects in yards and on lawns near swamp and marshlands. People love the aeration in their lawns. 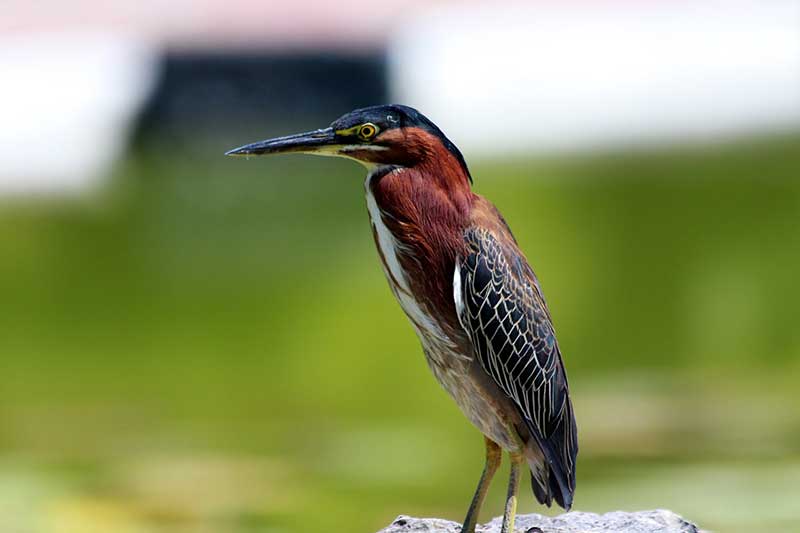 Green Herons are common birds seen in the swamps. They are usually seen in a hunch-backed posture in vegetation. They blend in with their green feathers and hunt fish along shores and shallows.

The green heron has a long neck and legs, a stocky body, and a long bill used to stab at fish. They have been seen trying to lure prey with insects and sticks. The Green Heron also eats other small animals, such as amphibians and reptiles.

You may also like:  What Do Crows Eat? (Pretty Much Anything!)