It seems bizarre to us, but not every animal has only one heart. There are several different species of animals with multiple hearts, and they can be found all over the world. While some of these animals are pretty strange to us, others on this list might just surprise you. You may even interact with them fairly often and didn’t even realize they had more than one heart.

Multiple hearts is such a unique biological feature because it just isn’t necessary for most animals to have more than one heart. That means it doesn’t show up very often and animals with multiple hearts are very special. Nature has allowed these animals to adapt and thrive with the help of an additional heart or in some cases many additional hearts.

Let’s take a look at 8 of these species! 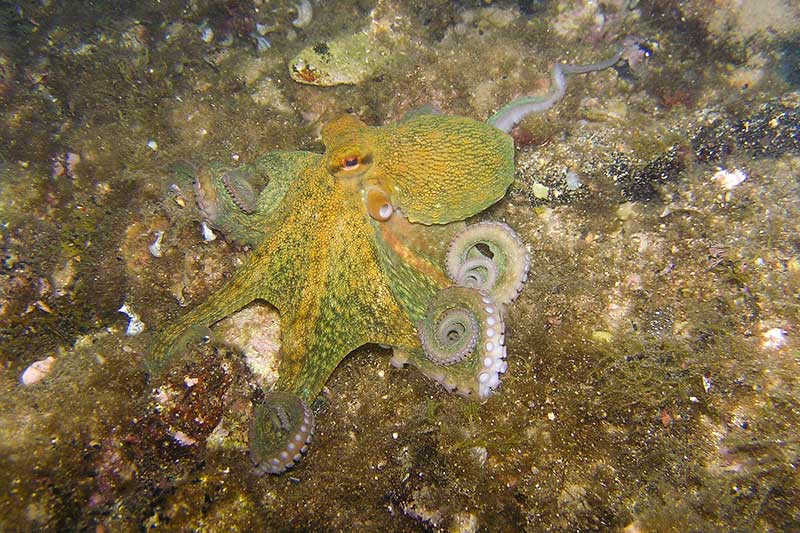 If you’ve ever wondered which animal has 3 hearts, it’s the octopus.

Octopuses or octopi (both are technically correct) are one of the most well-known animals with multiple hearts. There are hundreds of species of octopus, but all have three hearts: one heart to pump their blood throughout their circulatory system, and two to pump blood through their gills.

You can find octopuses in almost any ocean, and at almost any depth. There are octopi living deep in the Abyss, and in small tidal pools along the shore. They have the remarkable ability to change color and shape, making them masters of disguise. There’s also some evidence that octopi are very intelligent, and may be able to use tools.

Did you know that octopus are among the smartest animals on the planet?! 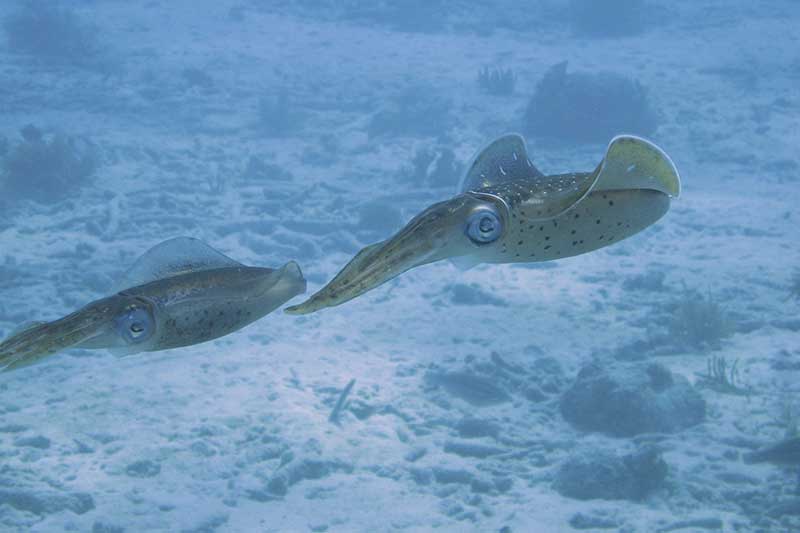 Much like their cousins the octopi, squids come in hundreds of species with widely varying sizes, but all have three hearts. These hearts serve the same functions as the hearts of the octopus: one pumps blood throughout the body, and two pump blood over the gills.

Squid can be found in every ocean, and most of them are quite small. A few, though, grew to enormous size and live in deep, dark water. The famous giant squid, and lesser-known colossal squid, are among the largest creatures on earth, and are probably the largest animals with multiple hearts.

Earthworms are one of the most common animals with multiple hearts. These decomposers can be found pretty much everywhere, as long as there’s dirt for them to live in. Earthworms have five hearts, although they’re very primitive organs.

Earthworms are usually quite small, but there are a few species, called giant earthworms, that can grow up to ten feet long. All earthworms are good to have around- they improve soil quality which, in turn, makes plants stronger and healthier.

While they’re most famous for their ability to produce enormous amounts of slime, hagfish also have four hearts. One heart functions as the main circulatory organ, while the other three supplement it’s pumping power. Hagfish live in oxygen-poor water, so their hearts can pump for up to 36 hours with no oxygen.

Hagfish can be found in both the Atlantic and Pacific oceans, and they have very few natural predators. The slime they produce can actually clog the gills of other fish, impeding their ability to breathe. Because of these, very few predators will target hagfish. Hagfish are considered jawless fish, one of three types of fish. The other two are bony fish and cartilaginous fish. 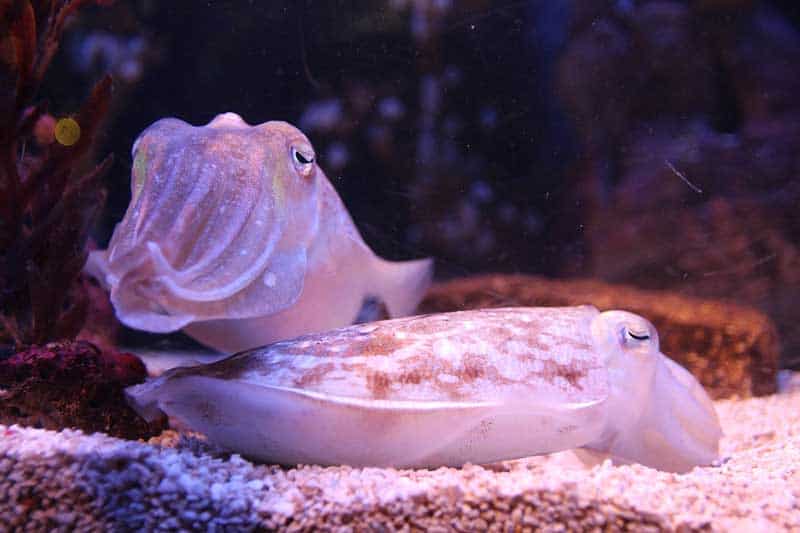 The cuttlefish is a close relative of two other animals with multiple hearts: the octopus and the squid. Not quite the same as its cousin, the cuttlefish has just three hearts: one heart pumping blood throughout the body and two hearts pumping blood over the gills.

Cuttlefish are found worldwide, and the largest species is native to Australia. While many cephalopods (octopus, squids, etc) are considered quite intelligent, the cuttlefish might be the smartest. In fact, they’re considered by some to be the most intelligent of all invertebrates.

Cockroaches, everybody’s least-favorite bug. Their ability to survive in harsh conditions and with severe injuries is well-known, and one of the reasons they’re so hard to kill is that they have 13 hearts. Experts now say that it’s just one heart, with 13 chambers, but in many ways this is just semantics. The chambers are lined up in sequence, each one pumping blood to the next one in line.

This strange arrangement makes them extremely resilient, since it’s almost impossible for their hearts to fail. Cockroaches live everywhere, although they’re definitely most well-known as household pests.

The next 2 animals don’t truly have multiple hearts in the same sense as some other animals, but we added them to the list nonetheless. 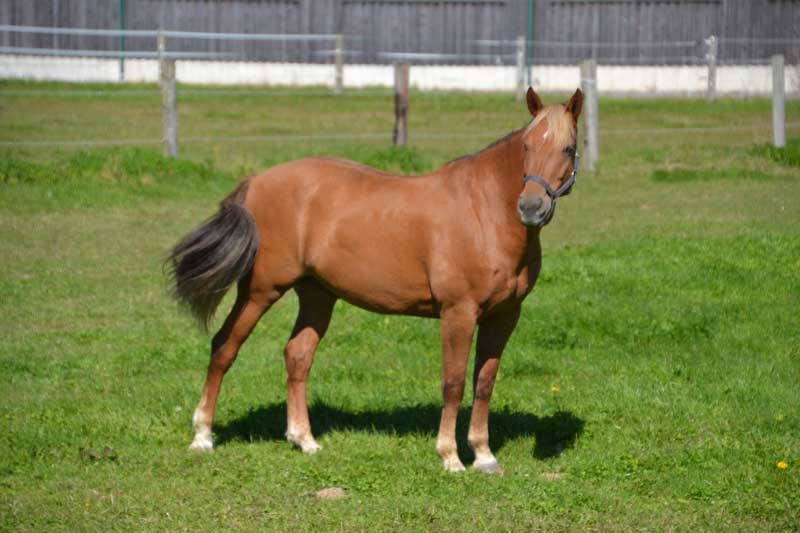 Yes, the horse! Possibly the most surprising animal on this list, few people would of a horse as an animal with multiple hearts. Yet, at the bottom of each foot is a specialized organ commonly called a frog. While not a true heart, the frog acts as a blood reservoir. Each time the foot is placed on the ground, the blood in the frog is pump out of the frog and into the horses’ arteries. So, while some may not consider them hearts, frogs do pump blood around the horse’s circulatory system, which means they perform the function of a heart. So, in a way, every horse has five hearts.

Horses live all over the world, and most modern horses are descended from wild horses native to Asia. At one time, there were native wild horses in North America, but these animals died out long before European settlement. The wild horses of North America today are descendants of domestic horses that escaped. 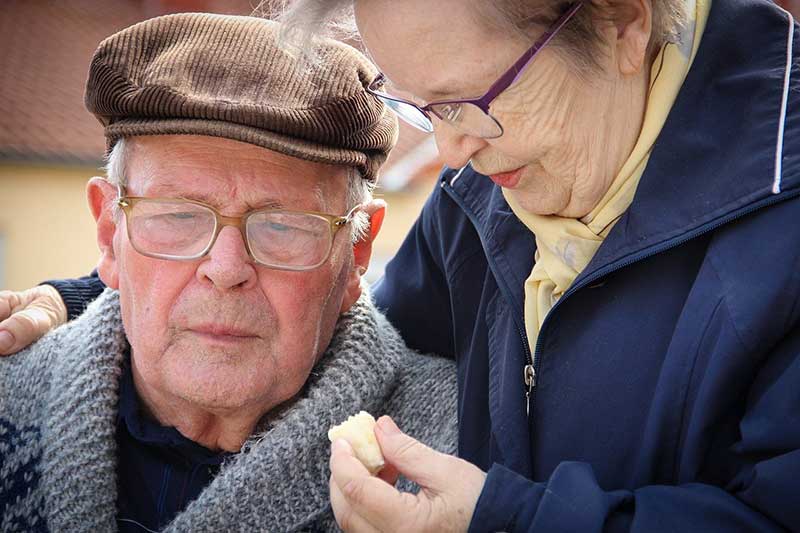 While humans are not born with two hearts like the other animals on this list, believe it or not, some humans can have two hearts. Sometimes, when a heart transplant is needed, the original heart is not removed completely because it’s still partially functional. So, the new heart is grafted onto the old one, thus giving the patient two hearts. So this one may not really count, but there are people out there walking around with 2 hearts.

Humans live on every continent, in every climate, in the world. Finding humans with multiple hearts is, of course, pretty rare, but it does happen.