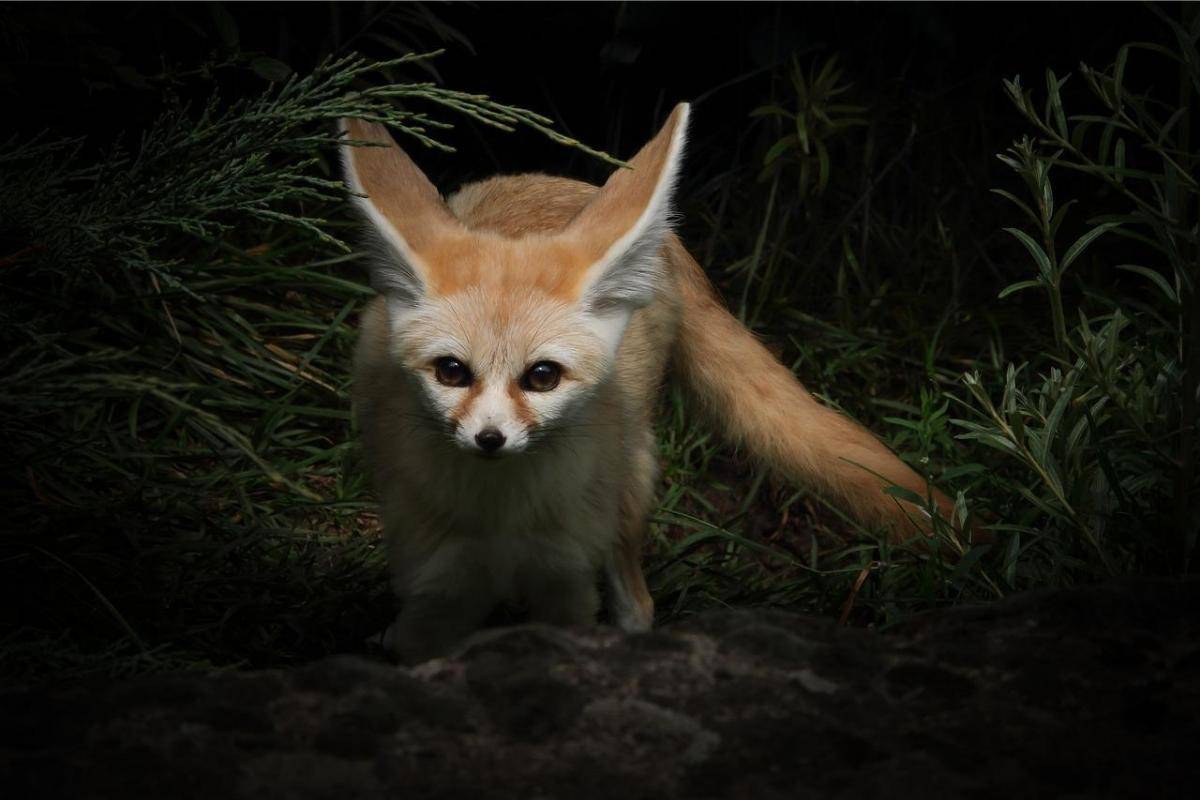 There are a variety of animals that start with the letter F. Some of these animals are well-known, such as the fox and the flamingo. Others, such as the flounder fish, are less known but no less interesting.

In this article, we will take a closer look at some of the most intriguing animals that start with F. So, without further ado, let’s get started:

Animals That Start With F

Below are the 11 most interesting animals that start with F. We will explore their habitats, diets, and other interesting facts.

Fennec foxes are the smallest members of the canid family, which includes dogs, wolves, and coyotes. These mammals weigh only about two pounds and measure about a foot long. They have large ears, which help them cool their bodies in the hot desert climate where they live.

Fennec foxes are found in the Sahara Desert in North Africa from northern Sudan to Mauritania and Morocco, and in the Middle East throughout the Sinai Peninsula.

These small foxes are good climbers and can also swim, but make their homes in sand dunes, where they easily dig tunnels and burrows.

Fennec foxes primarily eat small prey such as rodents, insects, and birds. They do also eat some fruit and vegetation, however. This allows them to survive without water for long periods by extracting moisture from the food.2. Flamingo

The Flamingo is a beautiful pink bird found in parts of North America, South America, and Africa. They typically eat small fish, crustaceans, and insects. Flamingos are very social birds and can often be found in large colonies.

An interesting fact about flamingos is that they can sometimes stand on one leg for long periods, but scientists are not sure why they do this.

Flamingos are also monogamous birds, meaning they mate for life with one partner. They build their nests out of mud and sticks and usually lay one or two eggs at a time.

The frog is a small, tailless amphibian that typically ranges in size from two to six inches long. Frogs are found on all continents except Antarctica and are eaten by many predators, including lizards, small mammals, birds, and snakes.

They inhabit a wide variety of habitats, including wetlands, forests, grasslands, and even deserts. They eat insects, spiders, and other small invertebrates.

Frogs are capable of jumping long distances, and some species can leap more than 20 times their body length. They have smooth, moist skin and use their long tongues to capture prey.

Frogs are amphibians, meaning they can live both on land and in water. Most species of frogs lay their eggs in water, where the tadpoles hatch and live until they transform into adult frogs.

This fish has a flattened body that allows it to camouflage itself among the rocks and sand on the sea floor. Additionally, the flounder fish can change its color to match its surroundings, making it harder for predators to spot it.

The fossa is a cat-like creature found in Madagascar and is closely related to the mongoose. It is the largest carnivore on the island and eats mostly lemurs.

Fossas are about the size of a large dog and have long, powerful legs with sharp claws for climbing trees and hunting prey. They are nocturnal animals and prefer to live in forests or caves. Their coat is usually brown or reddish in color, and they have a long tail that they use for balance when climbing.

The Frill-Necked Lizard is a member of the agamid family and is found in northern Australia and southern New Guinea. It is also known as the Frilled Neck Lizard, Frilled Lizard, or Frilled Dragon.

The lizard gets its name from the frill around its neck, which is made up of long, thin scales that can be erected when the lizard is threatened. During mating rituals, the lizard also displays the frill to make itself look larger and more impressive.

Frill-necked lizards are arboreal, meaning they spend most of their time in trees. They are excellent climbers and can even run upside down on tree branches. These lizards are mostly active during the day but can also be seen basking in the sun on cool mornings and evenings.

The flying fish is a species of fish that can, well, fly. These unique creatures have the ability to glide through the air for long distances, thanks to their large pectoral fins. They can “fly” for distances of up to 30 feet out of the water to escape predators or catch prey.

When they’re in the water, flying fish use these same fins to swim at high speeds. You can find flying fish in tropical and temperate waters all over the world. They’re usually between six and twelve inches long, although some species can grow up to sixteen inches in length.

The fin whale is the second largest animal in the world and can be found in all the oceans in the world. They are easily identified by their long, thin bodies and their large dorsal fins. Fin Whales can grow to be up to 85 feet long and weigh up to 80 tons.

They live in all kinds of habitats, from the open ocean to coastal waters. Unfortunately, they are endangered due to hunting and pollution, and their numbers have declined drastically in the last few decades, and they are now protected.

Fur seals are a type of eared seal found in the Southern Hemisphere. They get their name from their thick, luxurious fur coats, which were once hunted for by humans.

You may also like:  15 Animals That Drink Blood (Interesting Facts)

These animals are very social creatures and can often be seen sunbathing on the beach or swimming in the ocean. They are also excellent swimmers and divers, able to hold their breath for up to two minutes at a time.

The Florida panther is a subspecies of cougar that can only be found in Florida. These animals are endangered, with only around 120-130 individuals left in the wild.

These animals are solitary creatures and spend most of their time alone. They are also excellent climbers and can leap more than 15 feet into the air.

The flying lemur is a gliding mammal that is native to Southeast Asia. It is the only living member of the family Dermoptera. Although it has the word “lemur” in its name, it is not closely related to the true lemurs of Madagascar.

The flying lemur is able to glide because of its large (27.56 inches) wing-like membranes (patagia) that extend from its body to its limbs. When these are spread out, the animal looks like a flying squirrel, measuring 16-22 inches in length.

It uses its tail as a rudder when it glides and can turn in midair. The flying lemur is a nocturnal animal and spends most of its time in the trees. It feeds on leaves, flowers, and fruits.