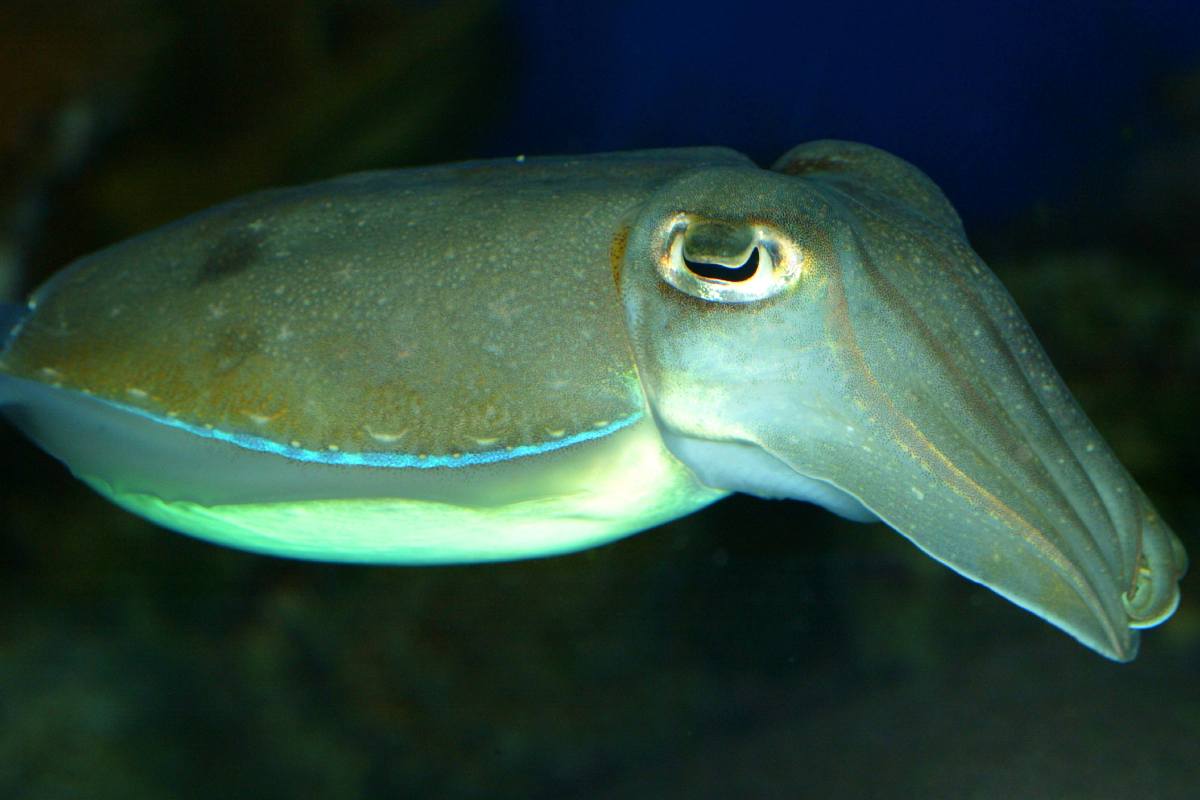 Despite what you might think from the name, a cuttlefish is actually a cephalopod, not a fish. They are closely related to octopuses and squids. Cephalopods like cuttlefish are invertebrates, meaning they do not have backbones. In the following article we’re going to learn about 8 types of cuttlefish found in the oceans of the world.

Cuttlefish are also known for being extremely intelligent creatures. They are also often referred to as the chameleons of the sea because of their ability to change colors. They use this ability to camouflage themselves to hide from predators and to attract mates.

The Common Cuttlefish has eight arms and two tentacles. This close relative of the octopus uses clouds of ink to hide from predators. It also uses pigmented skin cells known as chromatophores to change colors almost instantaneously.

The common cuttlefish uses this color-changing ability to hide from predators, hide from prey, during mating rituals, and when fighting rival cuttlefish. They can be found in the Mediterranean Sea and the Eastern Atlantic Ocean.

The common cuttlefish lays eggs that are shaped like grapes. The female lays these eggs in shallow water and covers them in an inky jelly while they gestate for one to two months.

This Pharoah Cuttlefish is native to the Western Indian Ocean. This species is large, growing up to 16.5 inches in length and weighing up to 11 pounds. Their diet consists of mollusks, fish, and other sea creatures.

During mating, the males compete against each other for the right to mate with a female. While it can lead to physical combat, the battle is often decided by the two males changing color and moving their tentacles in a threatening manner until one of them swims away.

The Flamboyant Cuttlefish is small, measuring between 2.4 and 3.1 inches in length. This species of cuttlefish is native to the oceans around Indonesia, Eastern Papua New Guinea, northern Australia, and the East Indian Ocean. They spend much of their time on the sea floor, using their fins and arms to move around.

This cuttlefish gets its name from the bold and bright colors it exhibits when it feels threatened. While many cuttlefish use ink to distract predators while it swims away, the Flamboyant Cuttlefish pulses its fins and displays various colors to intimidate the predator. This cuttlefish is also highly poisonous.

You may also like:  Do Spiders Eat Ants? - Some Do.. But Not All

They use this ability to attract a mate or to distract potential predators. One unique aspect of the Dwarf Cuttlefish is the tendency for the smaller males to imitate the colors of the females to get past the larger male competition. Studies show that females are more likely to mate with males who use this tactic.

The Australian Giant Cuttlefish is the largest species of cuttlefish, measuring over three feet in length and up to 35 pounds. This species gathers in large numbers in the oceans of southern Australia from May to June to mate.

Soon after mating season, the bodies of Australian Giant Cuttlefish start to wash up on the shore. Mating is the last thing these creatures do in their short 12 to 18-month lives.

Two of the hearts are used to pump blood to the gills, and the third heart pumps blood through the cuttlefish’s body. The Broadclub Cuttlefish spends most of its life alone, only gathering with other cuttlefish during the mating season.

The Southern Cuttlefish is native to the eastern South Atlantic Ocean and the Western Indian Ocean. This cuttlefish species is purplish-brown in color with pale fins.

The fins have a band around the base that is pinkish-orange in color. These small cuttlefish only grow up to 3.3 inches long, not including the tentacles, and weigh up to 3 ounces.

The Reaper Cuttlefish, also known as the Red Cuttlefish, is found in the southwestern Pacific Ocean near Australia. This cuttlefish is red in color, and the females are significantly bigger than the males. Females can grow up to 4.8 inches, while males do not grow bigger than around 3 inches, not including the tentacles.

Like other cuttlefish, the Reaper Cuttlefish can change colors to camouflage, intimidate predators, and attract mates. This species of cuttlefish can also burrow into the sand to hide from predators.