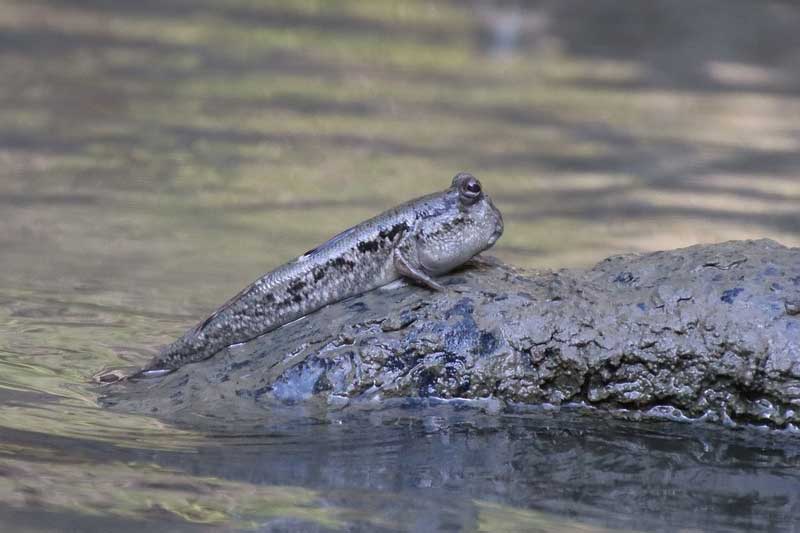 The animal kingdom is constantly surprising us. From mammals that lay eggs and flightless birds, it seems that they are always finding a way to defy classification.

Fish that walk on land are an example of this. They are able to breathe air for short periods, propel themselves across the ground with intent, and some are even able to climb. While they turn everything we think we know about nature upside down, these fish provide an interesting insight into the first animals to emerge from the ocean and walk on land.

5 fish that walk on land

These are the fish you most commonly think of when you think of fish that walk on land. Mudskippers are greenish-brown with fins that are toward the front of their body, and placed underneath, which allows them to gain traction when walking on land. They can grow to be about 12 inches long based on species.

These fish have an elongated body, with a head reminiscent of a snake’s. They are capable of breathing air with their gills.  When fully grown they eat other fish, frogs, and occasionally rodents. These fish “walk” by undulating across the land instead of using fins.

This small tropical shark has an elongated body and 2 dorsal fins. They are cream or greyish in color, with a large black spot directly behind their pectoral fins. They feed on worms and bony fish, preferring to hunt at dawn and dusk.

These are grayish, ray-finned fish, which possess an organ, called the labyrinth organ which allows them to breathe on land. They support themselves on their gill-plates and push themselves across the ground using their tail. They resemble perch, although they are not related. 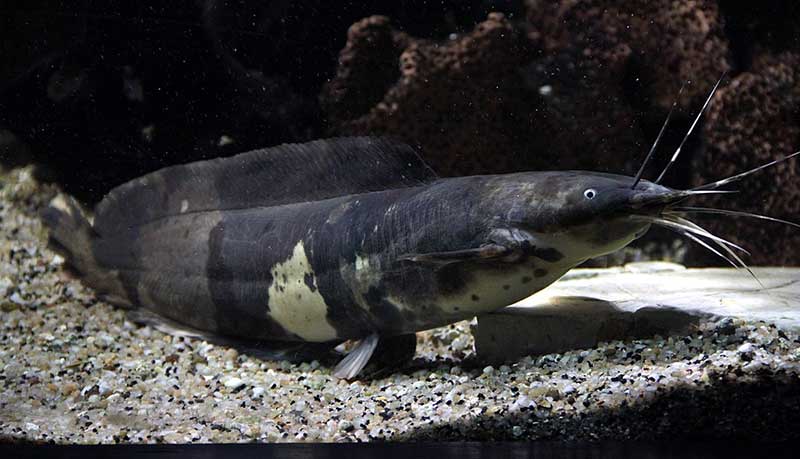 This freshwater catfish has an elongated body with the sensory barbels typical of all catfish, they grow to be around 12 -20inches long. They are grey or brown and do well in brackish water with little oxygen. They often live in canals or ditches, feeding on weeds, and invertebrates.

These are tiny fish, ranging from 2.5 to 6 cm. They are slender, with a body that is flattened dorsally. They can be dark brown, green, or mottled with some orange. They eat insects, small worms, and occasionally their own eggs.

There are 11 recognized species of Bichirs. They are elongated fish, with a series of dorsal finlets that vary in number. They can range from 9.8 inches to 39 inches depending on the species. These predatory fish consume a diet of insects and small crustaceans. They inhabit shallow floodplains and estuaries. They are uniquely suited to water that is low and poorly oxygenated.