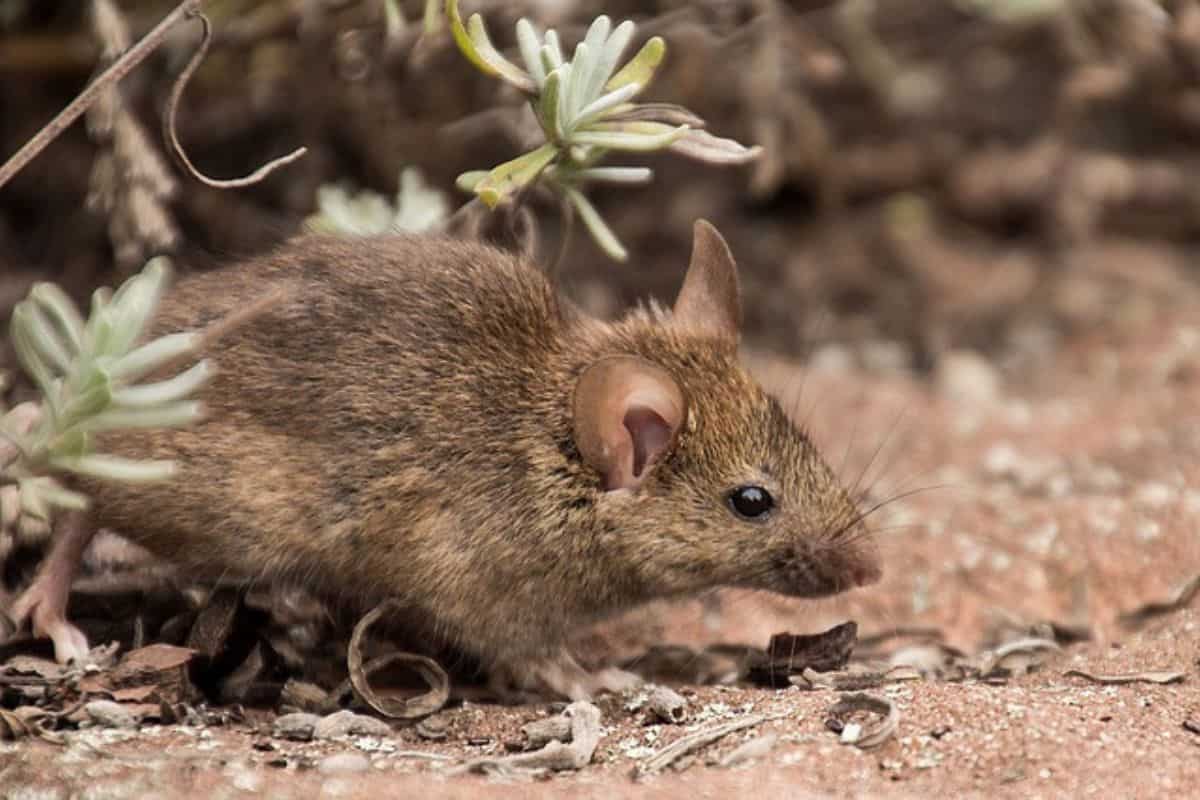 Just as there is a multitude of different animal species, there are also various different habitats that these creatures live in. Some animals, such as sharks and whales, have to live in the ocean, while others have more freedom to choose where they call home. But what about animals that live in fields?

12 Animals That Live In Fields

The term field can refer to a number of different habitats. For example, a field habitat can consist of open meadows that contain mostly grass-like plants, while other fields have a mixture of grass and short woody plants. There are also agricultural fields, which have been cultivated for crops or used to raise livestock.

While it isn’t uncommon for a field mouse to make its way indoors, these small creatures prefer to live outside. They nest and burrow in fields, tree stumps, farmland, dense brush, tall grass, and fallen logs. They create tunnels underground that branch out from one another, creating an impressive runway for the mice to get from one area to another.

Like other mouse species, the field mouse has bad eyesight and is easily startled by noises and bright lights. They generally try to stay away from a place when there is an abundance of activity.

Foxes are found in various habitats, including fields, mountains, deserts, forests, and grasslands. They create burrows, also known as dens, in the ground where they sleep, store food, and provide shelter for their pups. In Britain and the United States, it is common to find foxes near farmland, but they are also seen near residential areas as well.

Not to be confused with possums, opossums have a diverse habitat and can be found in open fields and wooded areas. No matter what type of habitat they are in, they usually stick close to water, such as streams. They are found throughout Central, North, and South America, and make their nests inside trees, caves, or abandoned buildings.

The opossum is the only marsupial found in North America. Because they are marsupials, they have pouches where their babies are kept until they are fully developed.

While raccoons prefer moist wooded areas to live in, they can also make their home in fields, farms, and urban or suburban areas. They typically construct their dens in trees, but will also turn woodchuck burrows into their homes, as well as garages, barns, caves, rain sewers, and even buildings or houses. Raccoons typically have no problem living near people.

Rabbits thrive in a wide array of environments, from open fields to tropical forests. Depending on the species, they can also be found in wetlands and the desert.

You may also like:  9 Animals That Live in Creeks (Pictures)

They are, however, ground-dwelling animals. The European rabbit, which is the most well-known of all the rabbit species, creates burrows or rabbit holes in the ground and is seen in gardens and backyards.

Deer choose their living areas based on the weather. In the winter, they typically keep to wooded areas, where the trees act as a shelter from the snow, freezing rain, and other harsh elements. In the summer, however, deer will move into meadows and fields.

Deer have many predators, including coyotes, mountain lions, and bobcats. Thankfully, they can run up to 30 miles per hour, which helps them to escape.

While groundhogs will sometimes make their home in densely wooded areas, they generally stick to open fields and meadows, as well as along streams and roadways.

They are agile creatures that can climb trees and shrubs, and even swim. Groundhogs make their burrows deep underground, creating extensive tunnels that they use as a road.

Groundhogs mainly consume herbs, grass, and plants, such as daises and dandelions. However, they won’t turn away a nice vegetable crop when they find one. Because of this, they are often considered a pest by farmers and gardeners.

They are not without their benefits, however, since their digging exposes compacted soil deep in the ground. What this does is allows oxygen to come in contact with roots, which improves the overall health of the plant.

While most types of squirrels live in trees located in wooded areas, some species dig underground burrows in fields, meadows, and even your backyard. The ground squirrel is one such species and, as its name suggests, it chooses the ground to make its home.

Squirrels store their food in preparation for the winter, and can actually find food that has been buried underneath a foot of snow. Unfortunately, it is estimated that squirrels can lose up to 25 percent of their stored food to thieves.

Because of this, it is not uncommon for them to pretend to bury a piece of food to help throw off any thieving creatures that may be watching.

Most species of skunks aren’t too picky when it comes to where they make their dens, and you can often see them in open fields, wooded areas, brush or grassy locations, and even in your backyard. With that said, however, skunks typically choose an area where they are only a couple of miles from a water source.

Skunks are interesting creatures that have a stinky defense mechanism. When threatened, they will spray a sulfuric substance onto their attacker. They can spray this unpleasant substance up to 10 feet away.

Another field-loving animal is the mole, which can quickly wreak havoc in your yard by digging extensive tunnels and burrows underground.

Moles feast on worms, grubs, and various other insects and their larvae. They are found throughout most of the United States and consume anywhere from 25 percent to 100 percent of their body weight in food every day.

One of the most well-known “facts” about moles is that they are blind. Unfortunately, this is simply a myth. Not only do moles have eyes, but they can see with them, just not that well. Studies have shown that moles are nearsighted and colorblind, but that their eyes have the ability to detect light extremely well.

Chipmunks are found throughout North America in just about every region. These small creatures live in various habitats, including fields, forests, deserts, and mountains. They typically live alone in burrows or holes, where they sleep away the cold, harsh winters.

It is not uncommon for chipmunks to hang around homes or places where they can easily obtain food from people. Studies have shown that chipmunks can recognize people whom they trust as food sources. Despite this, chipmunks are not social creatures and try to stay hidden most of the time.

While turkeys prefer to live in hardwood forests, they can often be seen in open fields where they group with other turkeys. They use the trees in wooded areas for roosting and they use open fields for feeding, nesting, and mating.

An interesting fact about turkeys is that only the male of the species will gobble. They use their unique call to attract females when it’s time to mate.