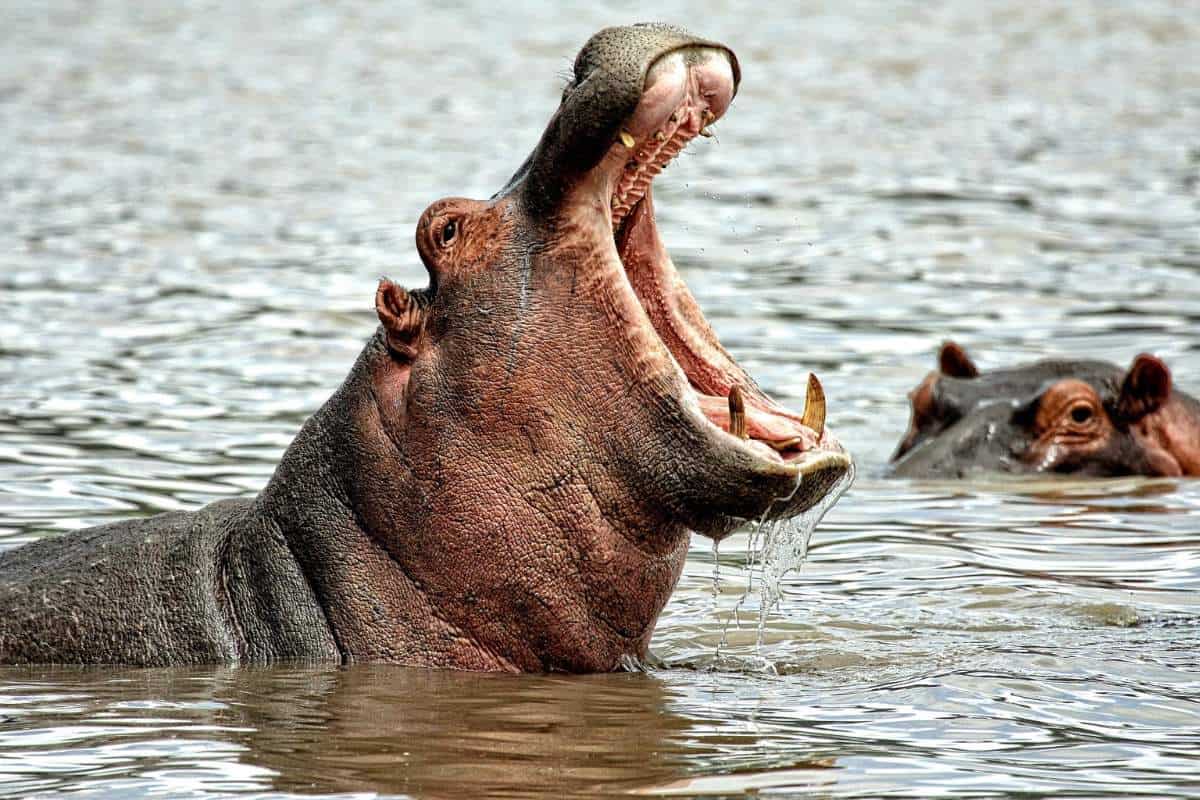 It can be tough for animals to keep themselves clean when they’re in the wild. There are lots of species that groom themselves, but most creatures are pretty dirty by human standards. With that said, some animals are filthier than others. What are some of the dirtiest animals? From creatures that wallow in mud to animals that are covered in slime, these are some of the messiest, grimiest animals around.

As its name suggests, the dung beetle’s diet mostly consists of feces. These beetles have antennae that can sense strong odors, which makes it easier for them to find food sources. This diet may sound disgusting, but dung beetles benefit the environment by spreading feces and fertilizing soil.

Some beetles create balls of dung that they can roll back to their nests. Others live and lay eggs inside dung piles. When these beetles don’t have access to dung, they usually feed on other types of decaying matter, like animal carcasses or rotten produce.

It’s common to spot pigeons in urban environments, where they scavenge for food in trash cans, dumpsters, and other dirty environments. Thanks to their eating habits, these birds are carriers of many diseases.

Pigeon droppings often contain a type of fungus called Cryptococcus neoformans, which can cause lung infections in humans. These birds are also known to spread a fungal infection known as candidiasis. Other diseases spread by pigeons include salmonella and E. coli.

It’s common to see bison rolling around in dirt or mud. This behavior is so common that bison often leave large holes called wallows in the ground around them. This practice helps bison to shed fur, but it’s also a social behavior.

During mating season, male bison will urinate on the ground before they roll around. The strong scent of their urine helps to attract potential mates. When bison aren’t rolling in mud, they can often be seen chewing cud, which is partially digested food.

The sloth is one of the most sluggish creatures in the animal kingdom. On average, sloths travel just 41 yards each day! These animals are so slow that they frequently grow algae on their fur!

While sloths mostly feed on leaves, they’ll also eat algae straight off their body. This algae is rich in healthy fats and can be a valuable food source for sloths. For sloths, being dirty makes it easier for them to get the nutrients they need.

Like most vultures, these birds are scavengers that feed on the carcasses of other animals. Their nostrils are sensitive to ethyl mercaptan, which is a substance produced when dead animals start to decay.

The turkey vulture is often found in hot environments, like deserts and subtropical forests. Since it doesn’t have sweat glands, it urinates and defecates on its legs to keep itself cool. This behavior, which is known as urohidrosis, can kill germs and bacteria on the vulture’s legs!

In addition to being slimy, hagfish have unpleasant eating habits. They usually feed on dead or dying sea creatures and are known for devouring their prey from the inside out. It’s not unusual to find swarms of hagfish inside the carcasses of whales and other animals.

These monkeys are intelligent and easy to train, which is why they’re often seen in movies and TV shows. While capuchins keep pretty clean when they’re in captivity, they have some dirty habits in the wild.

Capuchins like to cover their bodies in strong-smelling substances, including onions and mud. Some capuchins will even crush ants or millipedes into a paste that they spread across their fur. This behavior is known as self-anointing and helps protect capuchins from insect bites.

Like many animals, hippos wallow in mud to keep cool on hot days. However, hippos aren’t content to get themselves dirty. These semi-aquatic mammals are known for spreading filth across their habitat.

Hippos defecate in rivers and other bodies of water, and that feces can be highly toxic. It’s estimated that hippos fill the Mara River with more than 18,000 pounds of feces every day. That feces spread toxins and strips oxygen from the water, killing many fish.

Many animals are carriers of viruses, but no creature carries as many dangerous diseases as the bat. Bats have powerful immune systems, which makes them ideal incubators for viruses.

In addition to spreading diseases, bat species are often found in filthy environments. Bats frequently live in caves, and they cover the caves with their droppings, which are known as guano. Some caves contain guano deposits that are thousands of years old!

The cape buffalo is a massive animal that can weigh anywhere from 937 to 1,918 pounds! Its fur can be black, brown, or gray, but if you spot it in the wild, it’s likely to be covered in mud.

These bovines like to coat themselves in mud packs. Not only does the mud keep them cool, but these mud packs have other benefits. When the mud dries, it falls off their fur, removing ticks, parasites, and other pests.

There are over 600 narrow-mouthed frog species, and most of these amphibians are tiny. Many species are less than an inch in length. While these small frogs can be hard to spot, several species are known to live in elephant dung piles.

That might sound like a filthy habitat, but for these frogs, it’s a thriving ecosystem. Not only do dung piles attract insects that frogs can eat, but elephant dung is also filled with undigested food. Fresh dung piles can even keep frogs cool on hot days.

You may also like:  19 Examples of Herbivores (With Pictures)

These hedgehogs are often spotted in European gardens, where they feed on a variety of pests. They may look cute, but they’re not the kind of animal you want to pick up. The common hedgehog likes to chew on grass and produce lots of salivae, which it uses to cover its body.

In addition to being covered in spit, hedgehogs are carriers of parasites and diseases. They’re frequently hosts for ticks, fleas, and mites. The common hedgehog can also spread salmonella, rabies, and foot-and-mouth disease.

The muskox gets its name from its pungent odor. This strong smell actually comes from the muskox’s urine. Since muskox have long, thick fur, substances like urine and feces can become trapped in their hair.

Male muskox spray urine to mark their territory and attract potential mates. The odor from their urine is strong enough to be smelled from a distance. While females aren’t as smelly as males, they still have very messy fur.