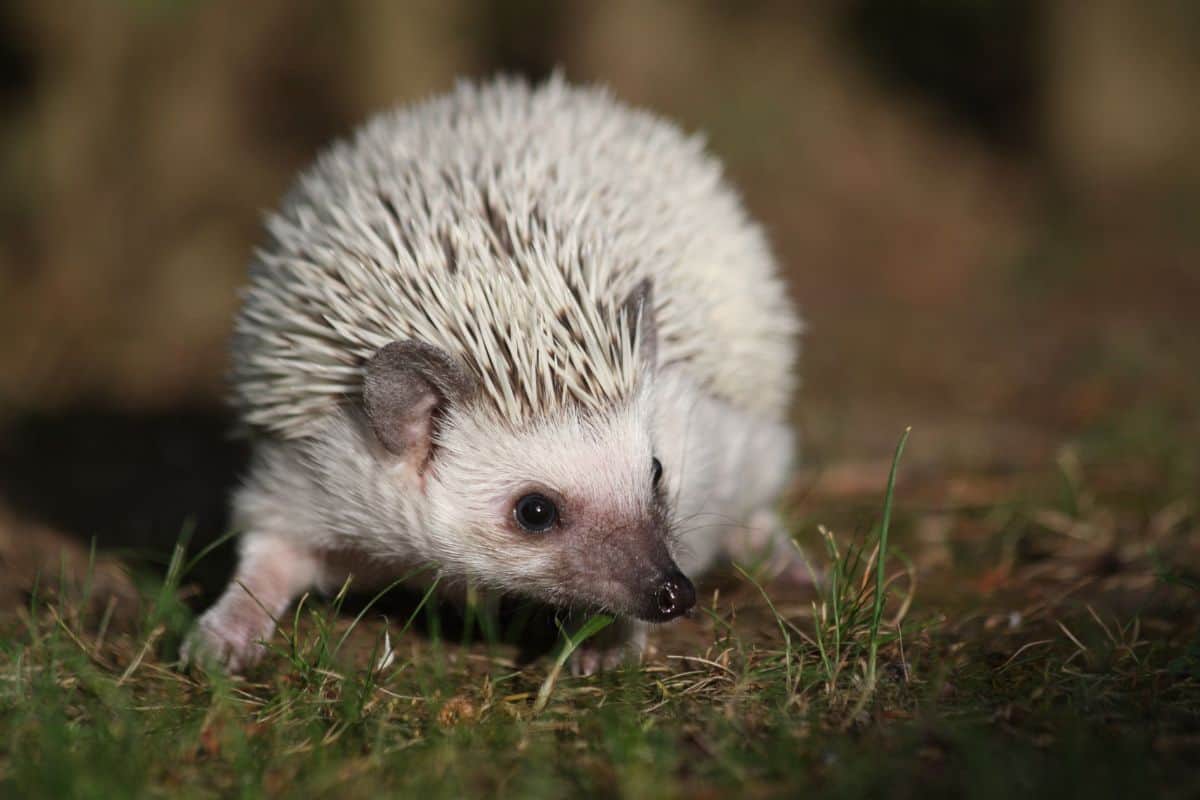 Hedgehogs are one of the most unique animals on Earth. They are small, spiny mammals that live in Europe, Asia, and Africa. There are around 17 species of hedgehog, and they vary in size from 4 to 12 inches long.

Hedgehogs are nocturnal, meaning they are active at night. They have very good hearing and smell and can run up to 4 mph.

Hedgehogs are known for their spines, which are actually modified hairs. These spines are stiff and sharp and help protect them from predators. When they feel threatened, it will roll up into a tight ball so that its spines are pointing outwards.

This makes it very difficult for predators to attack. Hedgehogs are omnivores, meaning they eat both plants and animals.

Baby hedgehogs are called hoglets. Hedgehogs have poor eyesight and can live for up to six years in the wild and ten years in captivity. Now that you know some fun facts about hedgehogs, here are other animals like them.

The moonrat is a small, nocturnal mammal that can be found in the forests of Southeast Asia. Although it is most active at night, it will also forage for food during the day if necessary. Its diet consists primarily of insects but will also consume terrestrial and aquatic invertebrates.

In many ways, the moonrat resembles a hedgehog, but it does not have toxic spines on its back. Nevertheless, the two animals share a number of similarities, such as their nocturnal habits and their diet of insects.

The Large-Eared Tenrec is a small, nocturnal mammal native to Madagascar. It is most closely related to hedgehogs and shares many of the same features, including its fondness for insects.

However, the Large-Eared Tenrec is much better suited to life in the rainforest than its prickly cousin. Its diet consists mainly of termites, which it hunts using its keen sense of smell. Sadly, this remarkable creature is under threat from habitat loss and deforestation.

The Highland Streaked Tenrec is a small mammal that can be found in the rainforests of Madagascar. It is closely related to the Large-Eared Tenrec and shares many of the same features, including its love of insects. It’s also covered in quills, which protect it from predators.

These quills detach easily and can work their way into the skin of any would-be attacker, causing irritation. The Highland Streaked Tenrec uses its snout to dig for food in the leaf litter of the forest floor.

The Solenodon is a small, nocturnal mammal that can be found in Cuba and the Dominican Republic. It is closely related to hedgehogs and shares many of the same features, including its poor eyesight and love of insects.

You may also like:  10 Unique Animals with Prehensile Tails (Pictures & Facts)

The Web-footed Tenrec is a small mammal that is found in Madagascar. It is a member of the Tenrec family, which includes other small animals such as hedgehogs and shrews.

The Web-footed Tenrec is unique among its family members in that it has webbed feet, which help it move more easily through its wet environments. The Web-footed Tenrec feeds primarily on insects but will also eat crustaceans and small fish. It is a nocturnal creature, so it does most of its hunting at night.

The echidna is a small, spiny mammal. Like the hedgehog, it has a body covered in long, sharp quills. However, there are several differences between the two animals.

The echidna feeds on ants and termites, using its long, sticky tongue to catch its prey. It is found in various habitats, including forests, deserts, and grasslands. While the majority of echidnas are found in Australia, a small population can also be found in New Guinea.

The golden mole is a small, burrowing mammal found in southern Africa. It is the only member of its family, the Chrysochloridae. Golden moles are generally solitary animals, and they are seldom seen above ground.

They spend most of their time in burrows, where they feed on insects and other small invertebrates. Golden moles are somewhat similar in appearance to hedgehogs, with short, spiny fur and a small, pointed snout.

However, they lack the hedgehog’s distinctive quills. Golden moles are also blind, and their tiny eyes are covered by skin.

Despite their poor vision, golden moles are skilled diggers, using their powerful claws to excavate burrows. These subterranean homes provide protection from predators and the harsh African sun.

Rothschild’s Porcupine is a small, spiny mammal found in the rainforests of Central and South America. It is a member of the New World porcupine family, which includes other animals such as the Andean porcupine, Coandumirim, among others.

It feeds on a variety of fruits, vegetables, and nuts. One fun fact is that it’s named after British zoologist Lionel Walter Rothschild.

The North American porcupine is a large, spiny mammal found in the forests of North America. It is a member of the New World porcupine family and is one of the largest porcupines in their family, with an average length of 24 inches, and they can weigh up to 27 lb.

You may also like:  10 Flightless Birds That Evolved To Live Life On Land

This nocturnal creature feeds primarily on insects and earthworms. It typically lives in forests and grasslands near bodies of water. The Mindanao Gymnure does not have spines on its back. However, it does have long claws that it uses for digging and grooming. Although rarely seen by humans, the Mindanao Gymnure is an integral part of the ecosystem in which it lives.

The Indian crested porcupine is a large, spiny mammal found in the forests of southern Asia. It is a member of the Old World porcupine family. These animals are nocturnal and generally solitary, spending their days in dens that they have dug out beneath the roots of trees or in abandoned burrows.

At night, they emerge to forage for food, which consists mainly of fruits, vegetables, and nuts. The Indian crested porcupine is often compared to the hedgehog; however, they cannot roll themselves into a tight ball. Instead, they will curl up with their quills facing outwards to deter predators.

The Brazilian porcupine is a member of the rodent family that is closely related to the African porcupine. These animals are found in the tropical forests of South America, where they spend most of their time in trees.

Brazilian porcupines are nocturnal creatures that subsist mostly on fruits, nuts, and seeds. These animals have sharp quills that cover their bodies and provide protection from predators. When threatened, Brazilian porcupines will erect their quills and make loud noises in an attempt to scare off their assailants.

This is a small mammal found in the forests and grasslands of Madagascar. It is a member of the family Tenrecidae, which includes other animals such as the common tenrec and the Greater hedgehog tenrec.

The lowland streaked tenrec is nocturnal and feeds mainly on earthworms. It has yellow or chestnut-brown stripes running along its back and sides. Its quills are mainly found on its head and nuchal area.