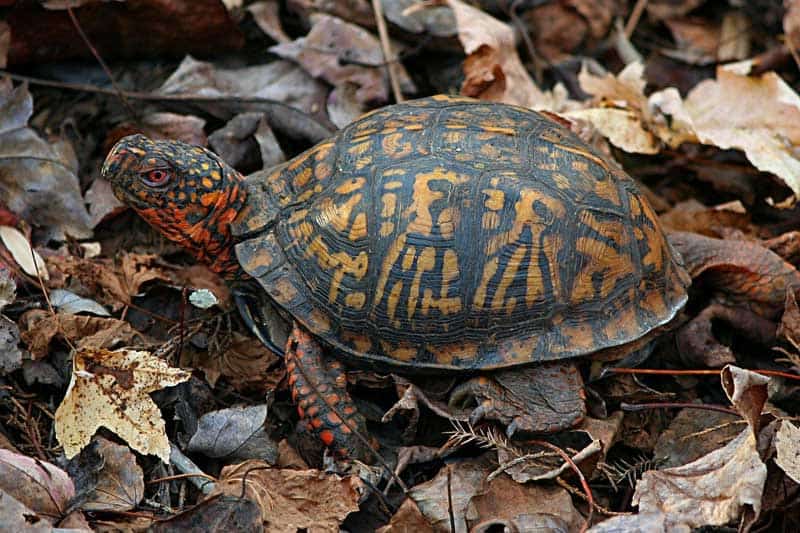 An animal’s shell is much more than a mobile home. Made of bone, cartilage, and calcite, shells help an animal hide from other animals. They protect their organs and provide shelter from the weather. A shell also helps an animal navigate its surroundings, much like whiskers on a cat.  Most are invertebrates. Animals with shells are unique creatures. Read on to find out more about them.

9 Types of Animals With Shells

The Common Snapping turtle is a reptile that lives in freshwater and on land. They can be found in most of the United States, east of the Dakotas.

A snake-like head and powerful jaws that have a strong bite force are its distinctive characteristics. The average weight is 10 to 35 pounds. Common Snapping turtles live in shallow streams or ponds with lots of vegetation. You will often see them burrowing in the mud with just their head protruding.

Being omnivores, they will eat anything they can swallow, like fish, frogs, and snakes. The snapping turtle is quite combative on land but will retreat and swim away when in the water.

Older snapping turtles have few predators, but the eggs and hatchlings are often eaten by crows, skunks, and foxes. 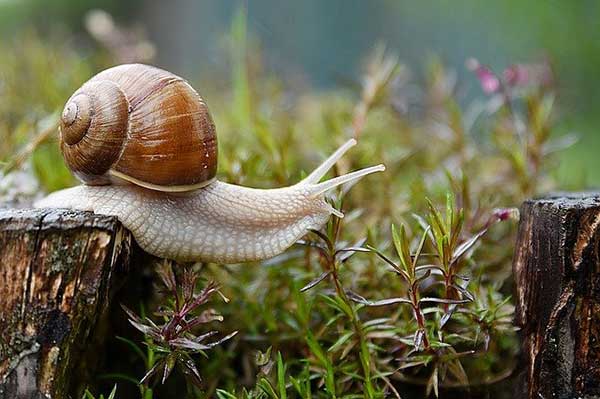 The Garden snail is a land animal. It’s probably the only shelled animal thought of as both food and a garden pest.

Though its body is soft and slimy, the Garden snail has quite a beautiful shell. Varying in color and shade but having a pattern of flecks, streaks, and colorful bands. The snail has no eyes but tentacles that act as sensors.

When sleeping or scared, the snail will retreat into its shell. It’s only defense is it’s mucus. It will shoot the mucus when threatened. They can also form a dry layer of it around the opening of their shell. This gives them some protection from predators. They also use their mucus to move around.

The Garden snail can live in temperatures as low as 5 below zero. They can usually be found under rocks or in soil. They will eat just about anything in your garden along with insects, algae, and animal waste.

One of the largest of the 121 crab species. The King crab can weigh up to 28 pounds and has a leg span of up to 6 feet. They can be found in the cold seas off the coast of Alaska.

King crabs are brown to bluish red. They have 3 pairs of legs, one pair of claws, and sharp spines all over their shell.

Molting (shedding of the shell) will occur on a regular basis so the crab can grow. This leaves it vulnerable to predators like octopus, cod fish, and even other King crabs! Their diet consists of smaller crabs, worms, mussels, and sand dollars.

They are considered an invasive species. This means they were introduced to their environment, have become over populated, and are now upsetting the balance of their ecosystem.

Armadillo means little armored one in Spanish. The people of South America gave the animal this name due to its leathery shell that looks a bit like medieval armor. The armadillo has the distinction of being the only mammal with a shell.

The Nine Banded Armadillo is the only one of its species in the United States. Found mostly in the Southern region. They will grow to be about 30 inches long and weigh up to 120 pounds. Even with their short legs, they move quickly.

This armadillo feeds mostly on termites and ants. Grasslands and dry scrub are where they make their homes. Their sensitive noses allow them to smell through 8 inches of soil. Coyotes, bobcats, and cougars are the armadillo’s enemies.

The Giant clam is the largest of the mollusk family. Weighing in at up to 550 pounds. Some live to be about 100 years old.

Thanks to the algae that live on them, the Giant clam has a colorful shell of blue, pink, and green tones. They live among coral and once they secure themselves on a reef, they will stay there the rest of their lives.

They eat plankton and take in nutrients from the algae that live on them. Eels, snails, and reef fish prey on the giant clam.

The Hermit crab is a crustacean, related to crabs, lobsters, and shrimp. They are the only shelled animals that cannot make their own shell. Having a soft exoskeleton that needs protection, they will seek out shells to live in. These are usually empty snail, whelk, or periwinkle shells.

A Hermit crab can weigh as little as one ounce. They are scavengers that eat dead, rotting matter. The lifespan of this tiny crab can be up to 40 years.

However, its greatest predator, humans, shortened the lifespan  of many by trying to make them pets. Hermit crabs need a very balanced ecosystem in which to survive. They are not meant to be pets in someone’s house. 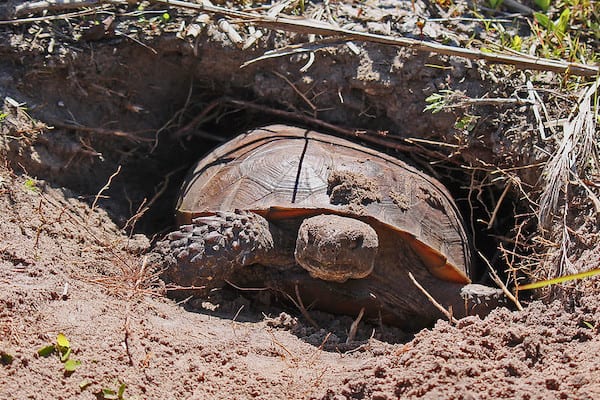 Gopher tortoises live in the Southern United States. They make their homes in grasslands and flatwoods. This tortoise will grow to be between 7 to 19 inches long.

They are called gophers because of their ability to dig large, deep holes up to 40 feet deep. Grass and berries make up most of their diet, but they have also been known to eat sand, shells, and charcoal.

They mate in the spring and females will lay 3 to 15 eggs. The gopher tortoise can live 40 to 80 years. However, they are on the “threatened” list as their numbers are dwindling.

Often thought of as an insect, the tick species is part of the arachnid animal family. The Wood tick is found all over the United States.

This particular tick is famous for carrying a life threatening disease called Rocky Mountain spotted fever. The disease is spread to both animals and humans when the tick burrows under the skin to suck on a host’s blood.

They live in wooded, bushy areas. Spiders, birds, and ants will sometimes eat these ticks, but not enough to reduce the population.

The Northern lobster, also known as the Maine lobster, can be found in the waters of the North Atlantic Ocean.

These crustaceans live on the floor of the ocean. They will burrow into rock crevices to hide from  eels, seals, and various fish that hunt them for food.