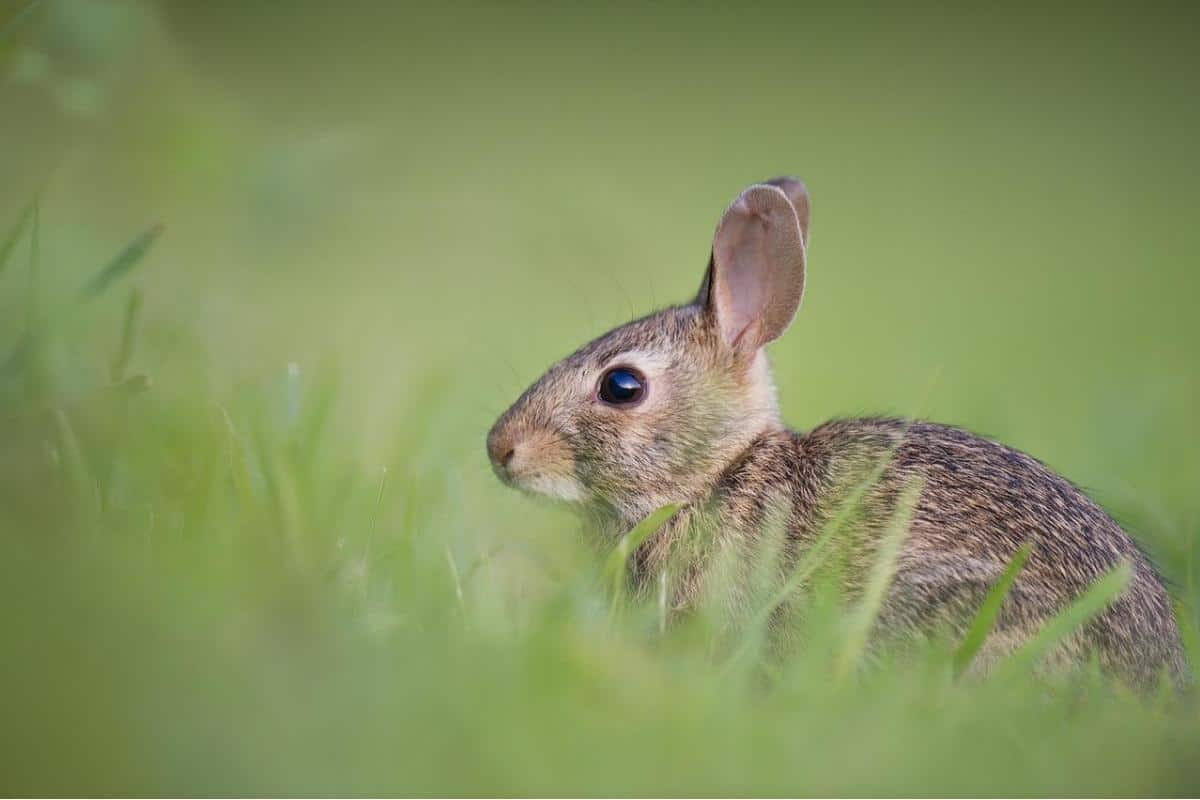 Bamboo is a type of grass with a woody, hard, hollow stem. They are one of the fastest-growing plants, with some species reaching over 30 feet tall. You can most commonly see them growing in sub-tropical, tropical, or temperate zones. You’ll typically find that animals that eat bamboo, are herbivores in these environments.

These animals can process the toxins in raw bamboos, such as cyanide, which would be deadly to humans in high doses. In fact, some animals eat bamboo for up to 99% of their diet. Others only occasionally indulge in this fascinating plant that creates more oxygen than trees.

Let’s find out 18 animals that eat bamboo, including interesting facts about them.

Some have bamboo in their name, while others may come as a surprise to you. Read on to learn more about these bamboo-eating animals.

Giant pandas are typically the first bamboo-eating animal that comes to mind. They are the only bear species that depend almost entirely on bamboo for their diet and eat around 20-40 pounds of bamboo per day, mostly the shoots and leaves. The other 1% of their diet includes carrion, eggs, and small animals.

Chimpanzees are omnivores with a diverse diet, including bamboo, fruits, bark, insects, meat, leaves, and nuts. However, they only eat bamboo occasionally since around 60% of their diet is fruit. This species of great apes live in complex communities of around 20-150 individuals.

Golden monkeys have a distinctive orange mark on their forehead, back, and upper flanks. Their diets vary depending on the season and include buds, flowers, fruit seeds, and bamboo shoots, leaves, and branchlets. These social primates are native to the Central Africa volcanic uplands.

With bamboo in their name, there’s little surprise around 98% of their diet consists of bamboo. Adults can eat around 18 ounces of bamboo each day. The remaining 2% of their diet is leaves, flowers, soil, and fruits. There are 5 species of bamboo lemurs in this genus found only in Madagascar and some neighboring islands.

There are 2 species and 2 subspecies of gorillas that can be found in tropical or subtropical African habitats. Most of them eat both bamboo shoots and leaves as well as fruits. However, some species like the western lowland gorilla also enjoy ants and termites.

Bamboo borers are a species of a wood-boring beetle that mostly attack bamboo timber products, such as furniture, baskets, and poles. They also damage rice, flour, dried fruits, grains, sugarcane, and cacao. Although native to Asia, they’ve spread through infested bamboo wood and products traded to other continents.

Sometimes called bamboo borer, the bamboo worm is an orange-brown moth and white caterpillar. The moths lay their eggs in the bottom of the bamboo, and hatched larvae will eat their way up the shoot. You can find large numbers of them inside the hollow plant.

Termites are small insects found worldwide, except in Antarctica, and are commonly seen as pests. They eat cellulose from wood, leaves, grass, materials with vegetative origin such as paper and cotton, and manure of herbivore animals. Untreated bamboo furniture or raw bamboo plants with sugar and starches are also part of their diet.

Bamboo partridges are colorful, loud birds that are commonly found in bamboo forests. These small birds rarely fly and weigh around 4 to 8 ounces. They prefer eating the young shoots and foliage of bamboo but also eat seeds, berries, and insects in their diet.

Rabbits can eat a little bit of bamboo shoots and stalks, but too much at once can upset their stomachs. They also like to chew on wood or hard plants like bamboo to grind their teeth down. However, most of their diet is vegetables such as carrots and cabbage and the occasional fruit.

Although they have low nutritional levels, bamboo is high in fiber and its leaves and shoots can be eaten by guinea pigs. They tend to avoid the stalk, root, and seed. These herbivores also eat leafy greens, hay, and fruits.

Giraffes are the tallest living animals growing up to 19 feet tall. They prefer eating tall foods, especially leaves off acacia trees. However, their diet also includes bamboo, climbers, vines, and herbs. They spend most of their day eating and can consume up to 75 pounds of food per day.

Zebras are black and white herbivorous animals eating only plants. Although their main food is grass, leaves, and stems of different trees, their stomachs are adapted to eating bamboo. Typically they would eat bamboo if there isn’t any grass available.

As their name suggests, bamboo rats eat mostly bamboo shoots and roots. They will use their teeth to create burrows that allow them to feed on the bamboo roots. However, their diet also includes sugarcane, leaves, seeds, and fruit.

Red pandas rely on bamboo as their main food source and can eat around 20 thousand bamboo leaves per day. The remaining 5-10% of their diet consists of roots, bark, grasses, and leaves. Despite their name and look, red pandas aren’t bears, foxes, or raccoons. They belong to their own taxonomic family, Ailuridae.

Although bamboo is a type of grass, its large pores are perfect for female powderpost beetles to lay their eggs. These beetles will consume the whole bamboo culm leaving just an outer shell. Their larvae also grow by feeding on the starch from bamboo. They are the second species after termites that are known for damaging wood and raw bamboo products.

Although it’s not typically part of their regular diets, parrots can safely eat bamboo shoots and leaves. The branches aren’t really edible for them but you might see them gnawing on it. There are around 400 species of parrots worldwide, most with bright colors, including green, brilliant blue, and orange.