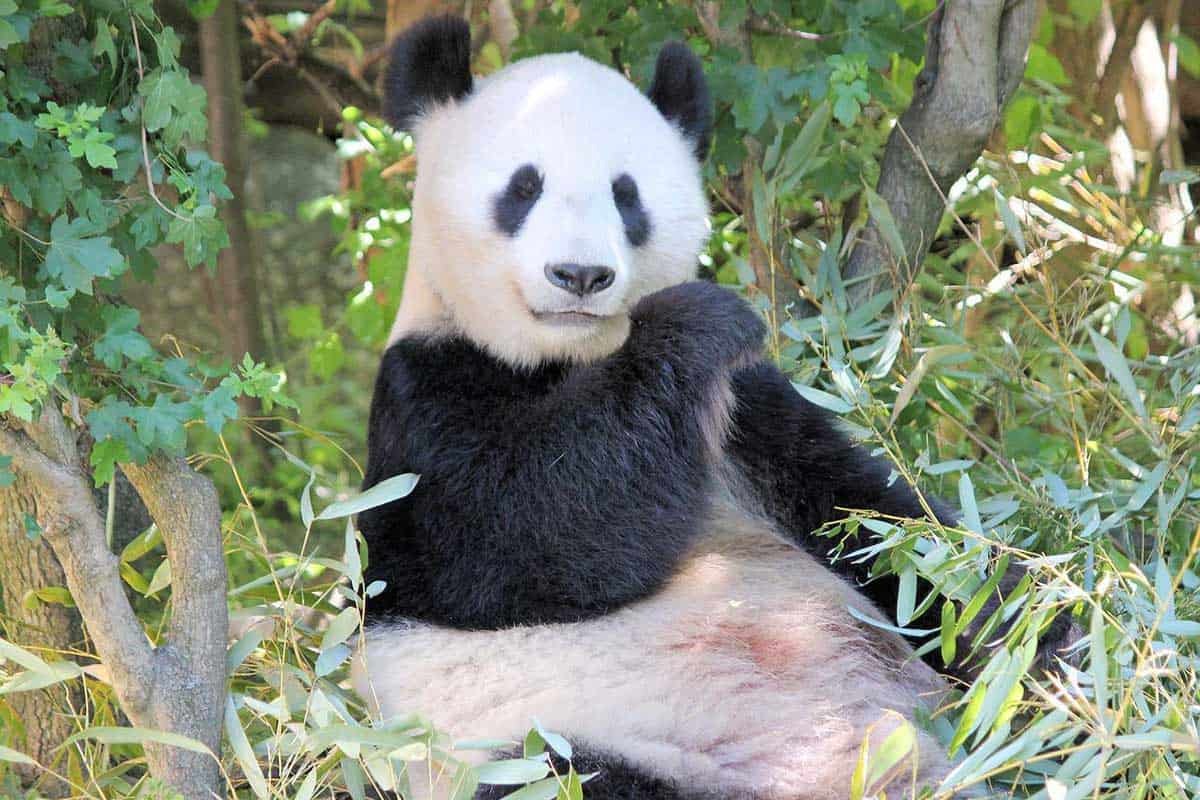 You’ve probably seen plenty of videos of adorable pandas playing or eating bamboo. Pandas are native to South Central China and are often described as being cute and lazy. It’s easy to assume these fluffy, cuddly-looking black and white bears are friendly and non-threatening. However, they are still bears. So, are pandas dangerous? Will they attack humans?

It’s best to learn the answers to these questions first before deciding to approach a panda in the wild. Find out how dangerous pandas are and whether or not you can hug them.

Although they look cute, pandas are dangerous to humans and can severely hurt you. They have strong jaw muscles and large molar teeth that can deliver powerful bites, with a biting pressure of around 292 pounds. That’s one of the top bite powers among living carnivores and enough to harm a human leg easily.

Their physical strength and strong grips also shouldn’t be taken lightly. Adult males can weigh up to 280 pounds! These bears are also very agile and possess great climbing and swimming abilities, making them less clumsy and lazy than some people assume.

Are pandas calm or aggressive?

Generally, pandas are considered solitary and calm animals that prefer to avoid confrontation. However, they will fight back if they feel threatened and can’t escape. When a giant panda attacks a human, it is more from feeling irritated or threatened – not aggression.

However, if you come across a panda cub, the mother can act aggressively to protect her young. Male pandas can also be aggressive with each other when they are competing for females or trying to establish dominance.

Are pandas as dangerous as other bears?

When compared to other bear species, the giant panda is one of the species that is considered the least dangerous. The American black bear is also known to be less hostile than most species, preferring to run away from people if they have the option. However, mother bears of any species that are protecting their cubs are considered highly dangerous.

One of the most aggressive and dangerous bear species known to hunt and eat humans is the polar bear. Grizzly bears are also aggressive and known to cause fatal attacks on humans. Additionally, sloth bears and Asiatic black bears are more likely to attack people and considered more dangerous than pandas.

Will a panda attack a human?

Yes, pandas can attack humans. In the wild, they are less likely to approach humans and instead prefer to find food and keep their distance. However, if they feel threatened, they will defend themselves. This is also true for pandas in captivity.

At least three separate panda attack incidents occurred at the Beijing Zoo alone. In one case, the giant panda bit someone’s leg who entered the enclosure and tried to pet them. The panda refused to let go of the leg, causing significant damage.

You may also like:  Do Camels Eat Cactus? (Answered)

No, pandas do not eat humans. There hasn’t been a case where a panda has been found eating human flesh. Typically, a panda attacks humans in self-defense, not to find their next meal.

Their diet is typically herbivorous and made up almost entirely of bamboo shoots and leaves. However, their stomachs can digest meat in small quantities. On rare occasions, you can see them eating the flesh of rodents, birds, or dead animals. Sometimes zoos will also feed them eggs. 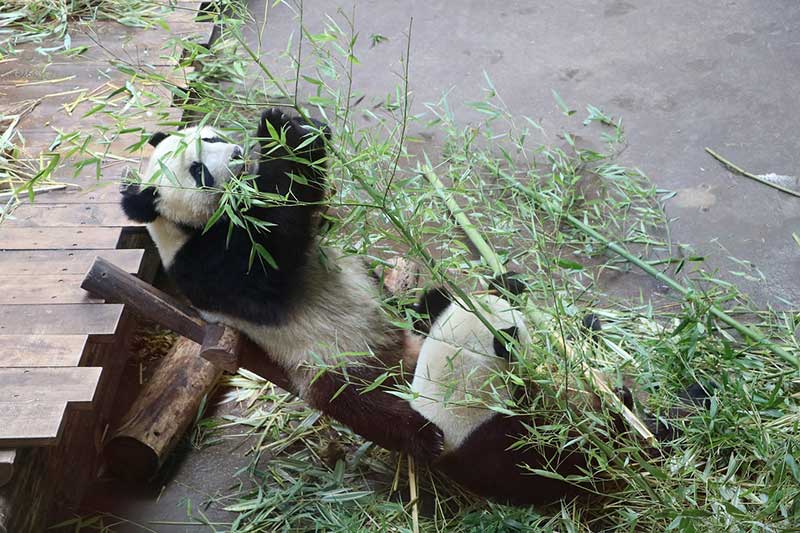 Can you hug a panda?

You probably shouldn’t. Pandas are still bears with developed claws and canines and unpredictable behaviors. Approaching a wild panda to hug it could come across as a threatening act that triggers an attack. Pandas also have fleas, ticks, and mites that should make you think twice before hugging them.

However, in China, there are places where visitors can hold or hug a panda to take pictures or sign up to volunteer for pandas. The government rules around this are uncertain, though, and the activity could easily be shut down and is questionably monitored.

Pandas may look cuddly and cute, but these bears are still powerful with claws and strong jaw muscles that can deliver powerful bites. They aren’t as aggressive as other bear species but still are protective of their young and will fight when they feel threatened. Pandas are also no stranger to attacking humans, so be cautious around them and think twice before trying to hug one!