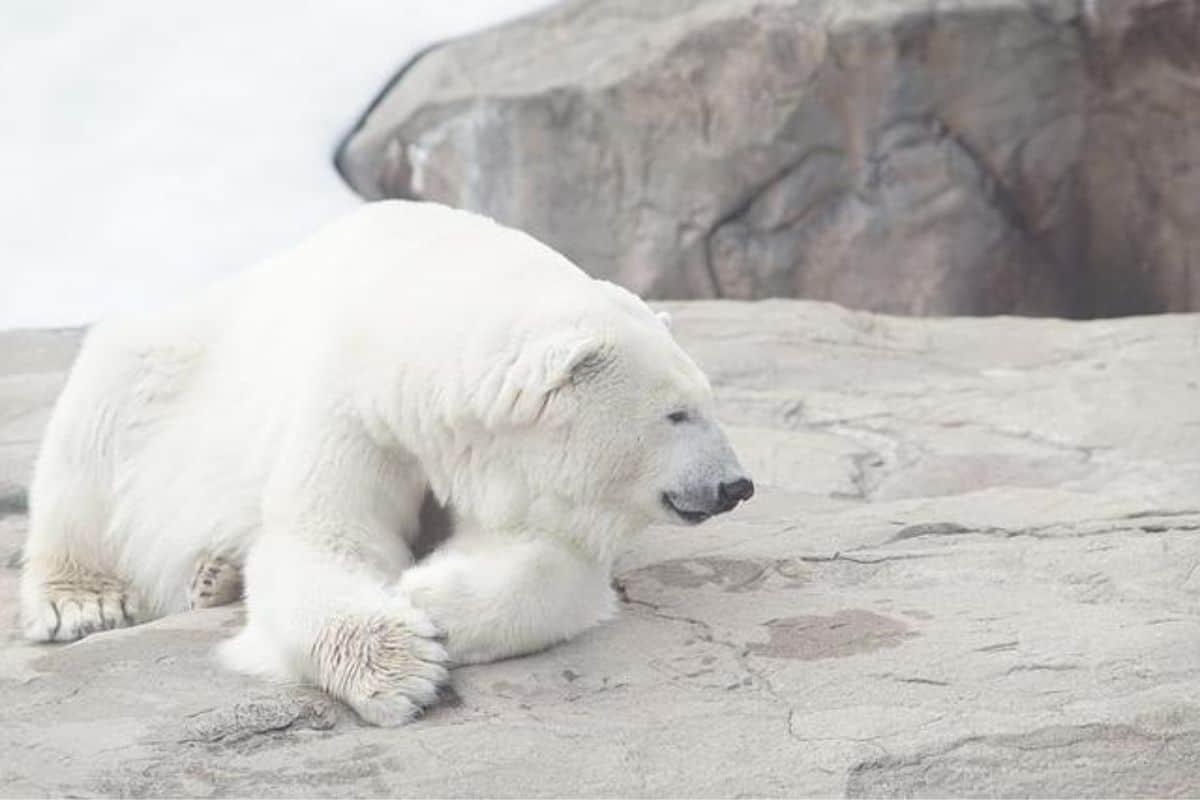 In the Arctic, there are a few animals that have adapted to survive the harsh habitats, and one of these animals is the polar bear. These large carnivores, Ursus maritimus, are the top predators of the Arctic, and the largest bear species in the world. Because of the polar bear’s adaptations, it can thrive in a harsh environment.

The Arctic regions where polar bears thrive can be harsh, but these animals have developed several adaptations to allow them to keep thriving. This list will look at ten different polar bear adaptations and how useful they are for these large mammals.

Thermoregulation is the way that polar bears maintain their body temperature and survive below-freezing temperatures. This is achieved through their thick layer of fat, extra fur, and slow-moving habits.

The paws found on polar bears are specifically adapted for helping them thrive in the Arctic regions where they live. They have massive paws reaching around eleven inches wide, which is around the size of an average dinner plate. Not only are polar bear paws ideal for walking across thin areas of the ice, they also allow these large mammals to be great swimmers and ferocious predators.

The Arctic regions where polar bears live are known for being frigid and cold, and not many animals are equipped to survive it. However, polar bears have two layers of fur that help them regulate their own body temperature and stay warm.

These animals actually risk overheating due to how much fur and fat is on their bodies. Despite their appearance, polar bears don’t have white fur, but hollow and pigment-free hair. This type of fur reflects light, making it look white from a distance.

Polar bears are also equipped with a thick layer of fat that keeps them warm. This layer of fat can reach more than four inches thick. Having extra fat is what allows these bears to swim through icy Arctic water without freezing. The cold of the water is not able to get through this layer of fat.

However, young polar bears don’t have this yet and are less likely to be seen in the water. Having extra fat is also the reason these bears can stay in Arctic waters for so long.

Polar bears have curved and long claws that are useful in moving along the ice and hunting for prey. Adult polar bears can have claws almost two inches long, which are regularly used for hunting and holding on to seals. These curved claws also let them gain traction when walking across slippery ice.

One of the most useful polar bear adaptations is their slip-proof padding on their paws. Just like their curved claws, this lets them gain traction when walking across their ice-covered habitats. Polar bear footpads are covered in papillae, small bumps that can grip the surface of the ice. They also have a small amount of fur between their toes to help them keep from slipping.

The tails and ears that polar bears have are small and rounded, which help these large animals to retain too. Having such small and compact tails and ears keep polar bears from losing too much heat and is part of the adaptations that help them regulate their body temperatures.

While the small ears and tails are a trademark of polar bears, they are large animals in every other way. When on all fours adults can be up to five feet tall but standing up on just their back feet they can reach ten feet tall.

When polar bears are hunting prey they can dive under the water. They usually don’t dive deeper than 14.8 feet, but they can stay underwater for over a minute. However, there is no exact time for how long polar bears can stay under long, but some have been known to go more than three minutes without surfacing. In addition to diving for hunting purposes, they will also do so to find kelp and move through ice floes. When they are submerged their nostrils will close. 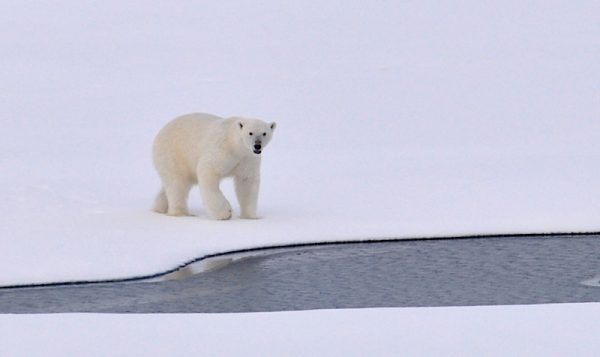 While polar bears are strong divers, they are even stronger swimmers. They have been known to swim for several hours at one time, reaching long distances. Their large paws are the main reason they are such strong swimmers, acting as rudders and propellers to move them through the icy water. Polar bears can swim at speeds of over six miles an hour.

Polar bears are slow movers because of how easily they can overheat. This happens often when they run, which is why polar bears are usually seen moving slowly through their habitats. In addition to moving slowly, these large animals will rest often and even get in the water if needed for cooling down. The excessive heat produced by polar bears gets released through their footpads, nose, shoulders, inner thighs, and muzzles.

There are ten polar bear adaptations that allow these animals not to just survive harsh Arctic regions but also thrive in them. There are adaptations that help them withstand freezing temperatures, journey through vast water, and keep from overheating.