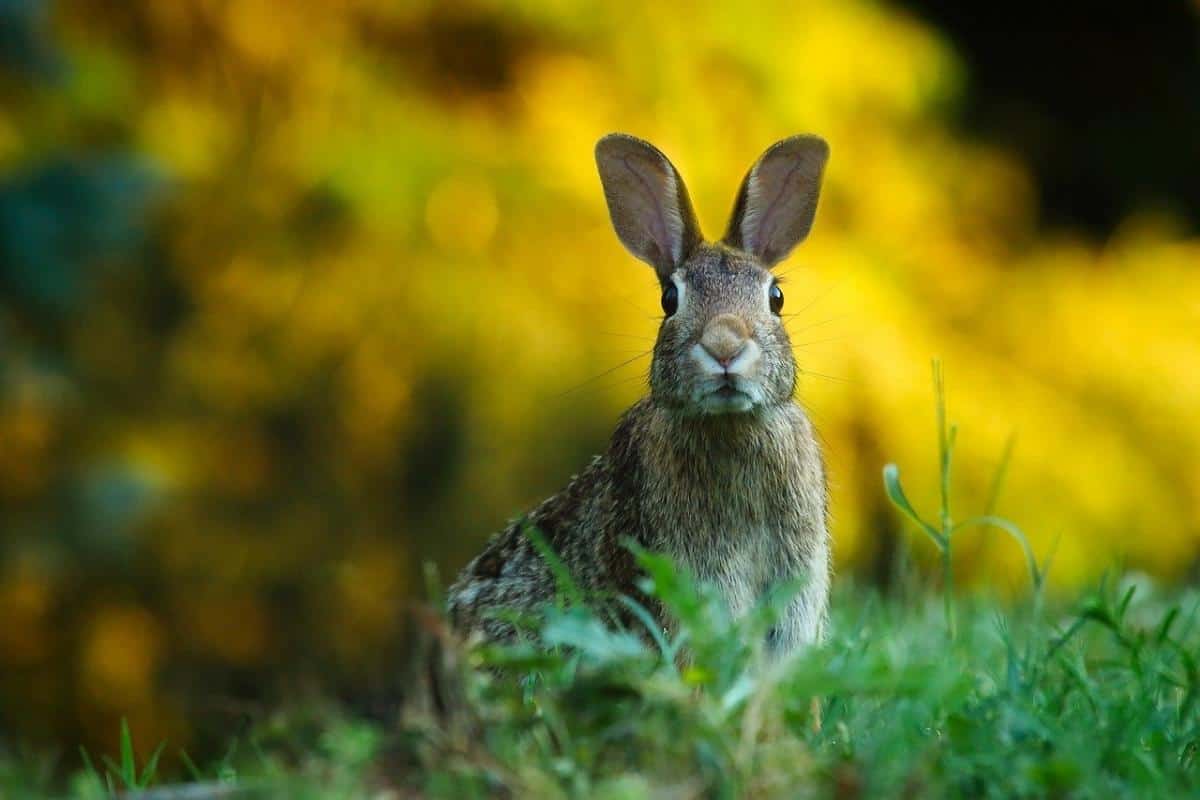 There are a lot of features said to make an animal cute, from chubby cheeks to fuzzy tails or small, wet noses. However, not all animals with chubby cheeks are seen as cute, despite having these distinct features. Animals like hippos and sloths are less well known for cute chubby cheeks, unlike bunnies and hamsters.

This guide goes over eight of the most common animals out there that have chubby cheeks.

One of the first animals that people think of when they picture an animal with chubby cheeks is the chipmunk. This small mammal is commonly found throughout the United States, and they look similar to squirrels. Unlike squirrels, they have shorter tails and less bushy tails.

These animals will also usually have dark stripes down their bodies and faces. Chipmunks are usually seen with chubby cheeks because they will store food they gather in their cheeks until they take it back to their burrow. They eat seeds, nuts, and fruit in addition to bugs and earthworms.

Hamsters are small rodents that have become popular pets around the world, and just like chipmunks, they have cheek pouches used for sorting food. This gives these small animals the appearance of having chubby cheeks. The most common type of hamster seen as a pet is the golden hamster, and many species are found in the wild as well.

Hamsters will dig burrows for shelter, and are typically nocturnal. In the wild, they may even take over abandoned dens of other small animals. While various types of pet hamsters can be found around the world, wild hamsters will only be found in specific regions.

Seals are marine mammals that thrive in the cold waters found in Arctic regions. As adults, but mainly as pups, these animals appear to have chubby cheeks. This may be due to the extra fat these animals have to help them survive below-freezing temperatures and icy water.

Seals are also fierce hunters, using sharp teeth and fast swimming abilities to take down fish, penguins, or squids. These animals spend most of their life in the water but will go on land to give birth and raise pups. Seals have also been seen just basking in the sun on land.

Two and three-toed sloths can be found in the rainforests and tropical regions of Central and South America. These animals have several distinct physical features, including long claws, thick fur, long arms, and chubby cheeks. Sloths are known as slow-moving mammals, using long limbs and claws to help them get from one tree to the next.

However, when these animals start to swim they can actually move quite fast. These animals are also known to sleep anywhere from 15 to 20 hours a day. The two types of sloths found in the world are divided into six species.

You may also like:  18 Animals That Start With the Letter K (Photos)

Pocket gophers actually get their name from the pockets in their cheeks used to hold and transport food. These pouches are similar to the ones hamsters and chipmunks have, and make pocket gophers appear to have chubby cheeks. This is especially true when these small mammals are transporting a lot of food with their pouches.

Gophers can be found throughout North America, and are most common in the Great Plains and western regions. They are burrowing animals and will dig their shelter in soil of woodlands, deserts, or even yards. Pocket gophers have to deal with various predators, such as snakes, coyotes, dogs, hawks, and badgers.

Bats may not be the first thing people think of when they try to picture an animal with chubby cheeks, but many types of bats have cheeks just as prominent as those of sloths or gophers. Bats are flying mammals, and despite popular belief, most of them do not feed on blood. The ones that do only feed on blood from cattle.

Megachiroptera, the group of bars called megabats, are larger and have more pronounced chubby cheeks and big eyes. The other group of bats is called Microchiroptera, and these are smaller. Multiple types of bats are common in the United States, and other countries around the world.

Hippos are one of the largest land mammals in the world, and they can be found thriving in semi-aquatic habitats. They have colorings that range from brownish pink to gray, and have webbed toes to help them swim. Hippos are known for their massive incisor teeth and powerful jaws.

When their mouths are closed, these animals have rounded, chubby cheeks. Hippos have been known to reach 50 years old in the wild, and their main predators are crocodiles, lions, hyenas, and humans. The main threat that wild hippos are currently facing is overhunting.

Bunnies, also called rabbits, are popular pets found around the world. These animals are considered cute due to various physical characteristics, including their round fluffy tails, long ears, soft fur, and chubby cheeks. When not seen in captivity, bunnies can be found in the wild thriving in a number of environments.

These animals can live in deserts, wetlands, forests, and even residential areas. They will dig a burrow in the ground or under trees and shrubbery, and some prefer to make dens in open prairie landscapes.

The world is full of animals with chubby cheeks. Some are animals traditionally seen as cute, while other types of animals are not well known for their rounded cheeks or cute features.