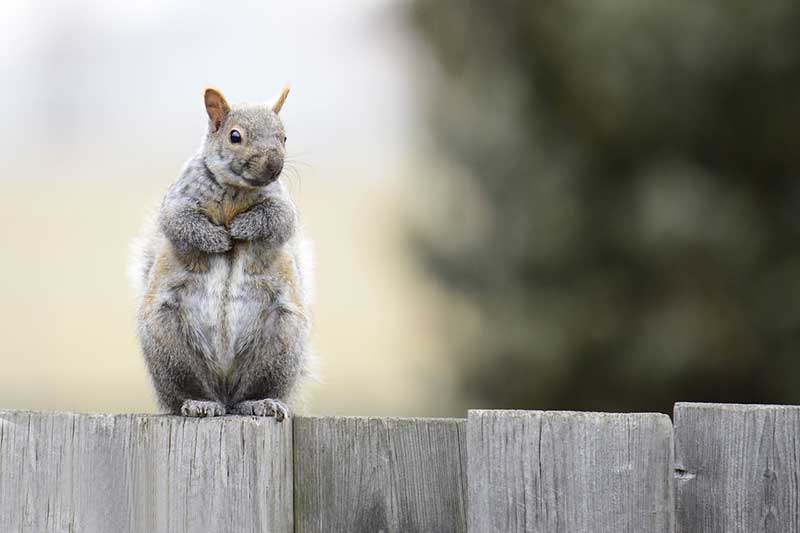 Squirrels are small rodents known for their bushy tails and habit of storing food in tree holes during the cold season. These cute animals also have cheek pockets where they keep their food before burying it! Squirrels can be found all over the world and range in color from gray to brown to red.

It’s hard to believe that so many animals resemble and share characteristics with squirrels. So, here are nine animals like squirrels. Let’s learn more about them!

Lodgepole chipmunks are small mammals that live in western North American mountain forests. They have a distinct coloring pattern, with white stripes on their cheeks, black stripes along their backsides, and a white belly.

This type of chipmunk also has black paws with white toes, making them easy to spot if you come across one! Squirrels and Lodgepole Chipmunks both store food in their cheek pouches before eating it.

This allows them to take their food with them and eat in a place where they feel safe, such as a tree branch or cave.

The hoary marmot is often called “the squirrel of the Rocky Mountains,” because it has such a similar appearance to a squirrel—though it’s usually larger than most rodents of its species. Hoary marmots are also more sociable than other types of ground squirrels.

They live in family groups known as “coteries,” which are made up of one male and several females with their young. Hoary marmots and squirrels are both rodent family members; that’s why they look very similar.

While both species have large bodies covered in fur, hoary marmots have a darker gray color than squirrels. Both of them have bushy tails that aid in their balance when running along branches or climbing trees.

Moles are small, furry creatures that live underground for most of their lives. They live in tunnels dug by themselves and eat worms, insects, snails, and other small animals found in the dirt.

Moles also enjoy collecting sand and pebbles from the ground in their tunnels, and they use these sand grains as a tool to move dirt around when looking for food or building new tunnels. Squirrels and moles share one characteristic.

They store food in their burrows for later consumption. Squirrels collect nuts, while moles hoard earthworms dug up from beneath the ground. But, they’re both hoarders.

You may also like:  Are Hyenas Dogs or Cats?

Hamsters are small rodents with short ears and long, hairless tails. These little creatures are nocturnal animals that spend most of their time sleeping during the day, though they occasionally venture out at night to explore their surroundings.

When threatened, these animals can be quite aggressive, but they are generally friendly to humans. Hamsters, like squirrels, are herbivores who eat mostly grains and seeds, as well as some fruits and vegetables.

They also have cheek pouches that allow them to transport food back to their burrows or nests without putting it down whenever they need to free their hands.

White-tailed Prairie Dogs are the most common species of prairie dogs in North America. They live in colonies, and they have been known to have up to 50 individuals in a single colony!

These animals are very similar to squirrels because they both have a long tail that they use for balance when running or jumping. Both of them also store food for winter and live in underground burrows.

Groundhogs are rodents that are closely related to squirrels. They are native to eastern North America, and their name derives from the fact that they spend the majority of their time on the ground, rather than in trees, as other rodents do.

Groundhogs are omnivorous, which means these animals consume both plants and animals. These creatures primarily consume grasses, weeds, leaves, and berries, but if given the opportunity, they will also consume insects and small animals.

Both groundhogs and squirrels are rodents. Since both of them are related, they have similar characteristics. But, aside from their similar appearances, they store food for consumption during the winter.

Groundhogs also eat similar to squirrels, but they are less active and spend most of their time sleeping in their burrows.

The plains pocket mouse is a rodent native to North America. It has long fur, soft fur, and big eyes. They are small, weighing between one and two ounces.

The plains pocket mouse is among the few species that can survive in grasslands without being attacked by predators. Both animals also have a unique method of storing food in their cheeks: when a squirrel or pocket mouse is storing food, it will put it in its mouth backward (so that it is upside down), and then move it into its cheek pouch.

It can then chew on the food without having to worry about losing it from its grasp inside its mouth!

Muskrats are rodents. They are similar to squirrels in appearance, but they live in water and have a long tail that allows them to swim. These animals have webbed paws and a thick fur coat.

You may also like:  11 Hybrid Animals That Are Real (Pictures)

Muskrats can be found in marshes, lakes, streams, and rivers throughout North America. Muskrats and squirrels are both rodents that live in burrows. They are not closely related and have evolved to live in different types of burrows, but they both have the same lifestyle.

Both muskrats and squirrels spend their lives living underground in order to avoid predators.

Both of these animals will gather food and store it in their nests, which is why they are referred to as “hoarders.” A short-tailed shrew carries its food to its nest or burrows in its mouth; a squirrel stores its food for later use in tree cavities or holes near the ground where it lives.

Both animals have acute senses of smell, which aids them in finding food and avoiding predators.