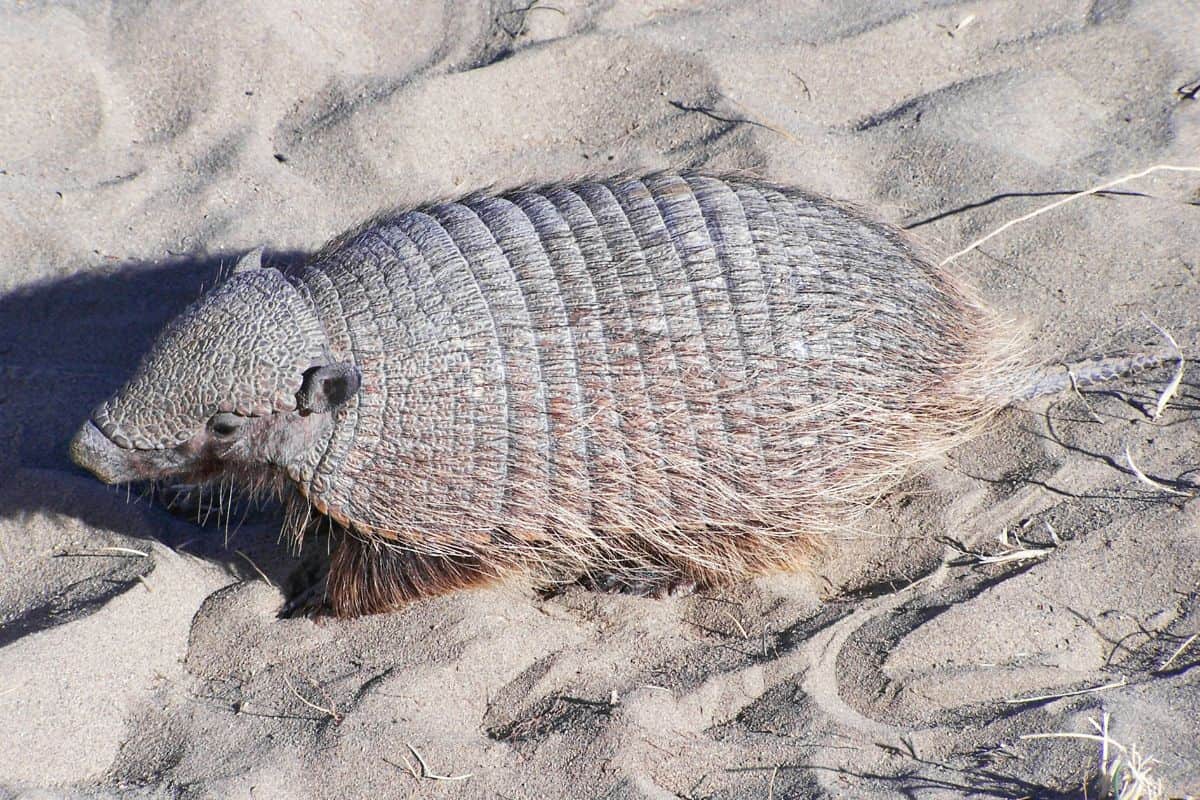 Armadillos are protected from predators by thick, armored plates. Their limbs and tails are also covered in hard bony plates, making them difficult to eat. These armored creatures can also use their claws to dig into the ground and hide there for protection. In this article, we’ll look at some examples of animals that are like armadillos in various ways and share their characteristics!

Here are nine incredible animals that, in one way or another, are similar to armadillos:

Chinese pangolins are Asia’s small, scaled mammals. These animals eat ants and termites and have scales made of keratin, the same material that human fingernails are made of.

Their natural habitat is in southern Asia and Africa, and are found in tropical forests, where they can easily evade predators. Both animals have a keratinized scale covering that protects them from predators.

The scales under their skin, which are made of bone, allow them to curl up into a ball when threatened by predators.

A diabolical ironclad beetle is a species of beetle that is known for its resilient exoskeleton. Ironclad beetles’ armor is made of chitin, protecting them from predators such as birds, rodents, and other insects. This armor also makes it difficult for predators to consume them whole because they must chew up the tough outer shell.

Armadillos and ironclad beetles have similar armored shells that protect them from predators. However, Armadillos’ armor is made of bone instead of chitin, which sharp teeth or claws cannot penetrate. It also makes swallowing them whole difficult.

Galapagos tortoises are large land tortoises found in the Galapagos Islands. These giant animals, which can weigh up to 900 pounds, are one of the biggest species of living tortoises. They have armored shells made of bony plates that can be an inch and a half thick in some places.

The plates are linked by flexible membranes that allow them to move freely. Their legs also have dry, scaly skin that is covered in hard scales to protect them from sunburn and sandstorms. These two animals are similar in this way because they both have a protective layer that keeps predators at bay.

Tortoises have a hard shell that is soft on the inside, whereas armadillos have an armor-like shell made of bone.

Hedgehogs are small animals that have thick spines to protect themselves from predators such as other hedgehogs. The majority of their time is spent foraging for food and sleeping in shrubs or under rocks. When it gets too cold in the winter, hedgehogs may retreat underground into burrows.

Crocodiles are large aquatic reptiles found in rivers, lakes, and swamps. They are extremely aggressive and will attack humans if they believe they are being threatened. Fish, birds, small mammals, and reptiles make up the crocodile’s diet.

Crocodiles are known for their powerful jaws with a gap at the end that allows them to swallow their prey whole. These majestic animals can also eat preys that are three times their size! Armadillos and crocodiles are both protected from predators by armor-like layers.

Crocodiles have thick hides that make it difficult for predators to bite through, and the armadillo has a hard shell that serves as a shield against predators.

Sloths are tree-dwelling mammals native to South and Central America’s tropical rainforests and have a slow rate of metabolism. These animals are also known to sleep for 15 to 20 hours every day. In the wild, they can live for about 25 years.

As herbivores, sloths consume the leaves, shoots, buds, fruit, and flowers of the trees in their natural environment. The sloth and armadillo are two animals that belong to Xenarthra. The Xenarthra order of mammals includes sloths and armadillos.

These animals are distinct because their backbones have unique joints that allow them to pursue their climbing or burrowing lifestyles.

Porcupines are animals with sharp spines that protect them from predators. They can be found in North America, Europe, and many other parts of the world. These animals are nocturnal that sleep during the day and forage for food at night.

Porcupines and armadillos are similar in curling up into a ball. They both do this to defend themselves against predators. Armadillos have back armor that protects them from predators.

To protect themselves from predators, they will roll up into a ball and expose their armor when threatened. Porcupines have quills that protrude from their bodies and serve as armor. They will also curl into a ball and thrust their quills outward at the predator if they feel threatened.

Armadillo Girdled Lizards are a type of lizard found in South Africa. They can reach 3-4 inches in length and have small, rounded heads with large eyes and vertical pupils. Their bodies are covered in scales that range in color from gray to brown, with lighter coloring on the underside.

Armadillo Girdled Lizards eat insects as well as spiders. Because they have poor chewing abilities, they swallow their food whole rather than chewing it first, as other lizards do.

You may also like:  12 Examples of Primary Consumers (Pictures, Diagram)

Their resemblance to armadillos is obvious, as the name “armadillo” refers to their ability to roll up like the armadillos. This defense mechanism is only used when the animal is under duress; otherwise, they are docile creatures.

Anteaters are Central and South American mammals. Anteaters, tamanduas, and antbears are other names for them. These mammals get their name from the fact that they eat ants and termites.

These animals have long snouts and a sticky saliva-coated tongue for catching prey. They also have long claws on their front legs, which they use to dig into nests and catch ants or termites. Anteaters and armadillos are both xenarthrans, which means that they share the same evolutionary history.

These two animals have long snouts, narrow jaws, and small eyes. Additionally, they have short legs that make it simple for them to dig underground.