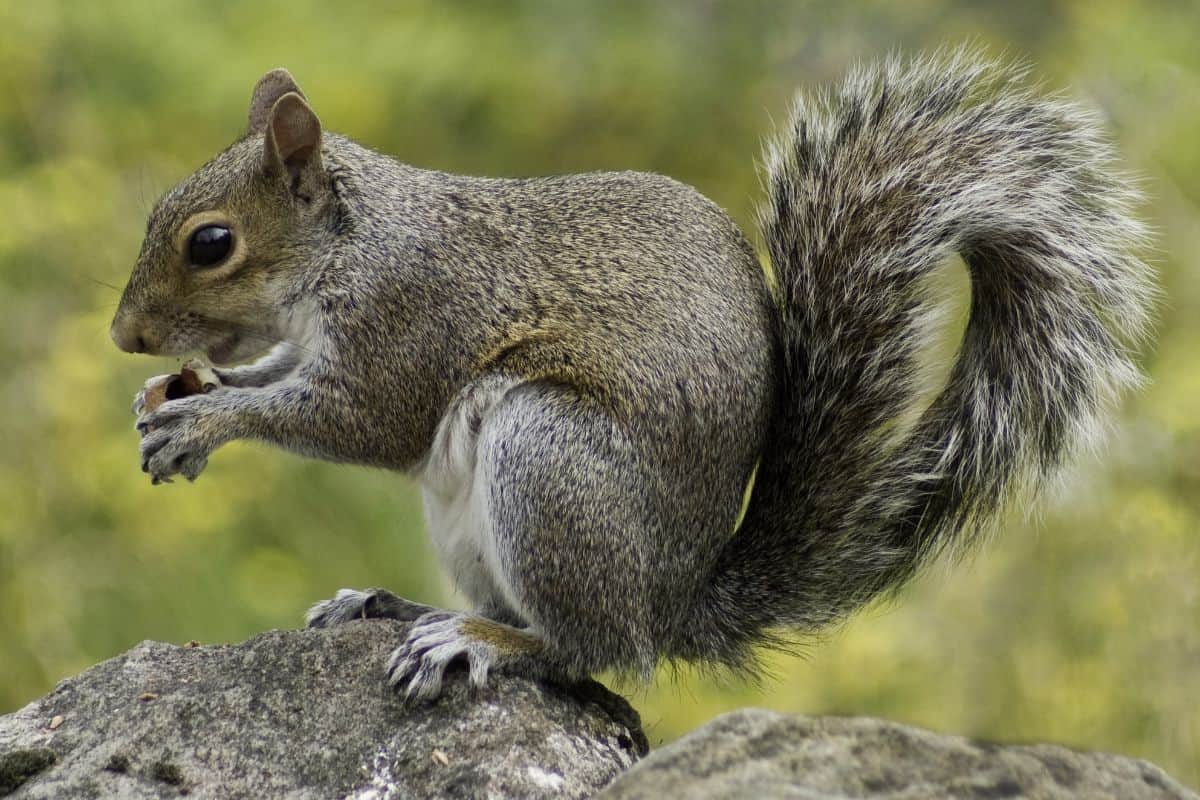 Arizona is a state full of natural beauty. However, if you look closely, you will notice that it is also teeming with wildlife! Many different types of mammals live in the state, including ground squirrels. Let’s look at 5 of them!

The harris’ antelope squirrel is one of many rodents that you can find in Arizona. The range of this small animal extends from central Arizona to southeastern California and western Texas. While they do not appear to have a strong preference for any particular habitat, they seem to prefer open spaces such as grasslands and shrublands.

During the winter, harris’ antelope squirrels do not hibernate because they need to stay active to stay warm enough to survive. These animals also require a lot of food all year! They are especially fond of seeds and beans, and those in Arizona typically eat mesquite beans and yucca plant seeds.

When other food sources are scarce, these squirrels will eat insects. Coyotes and bobcats are among the many predators of harris’ antelope squirrels. They can flee from the majority of their predators by moving quickly away from them or hiding from danger by burrowing into the ground.

Round-tailed ground squirrel is a type of squirrel found in Arizona. These animals live in open areas such as grasslands and shrublands. These ground squirrels can also be found in California and Northern Mexico.

These mammals prefer a mix of grasses and shrubs, with little to no trees or other tall vegetation. The squirrels live in burrows dug into the ground or under logs and rocks, where they forage for food and raise their young. Their diet is also primarily composed of greenery, with insects making up just 5% of what they eat.

The round-tailed ground squirrel does not hibernate at all, in contrast to the majority of ground squirrels (which do so during the winter). Instead, they are active all year with the exception of periods when temperatures drop below freezing. During these times, they live in burrows, which helps them stay warm on cold nights.

The White-tailed antelope ground squirrel is a type of animal that can be found in the southwestern United States and northern Mexico. They range from southern California to Texas, with a small extension into New Mexico and Arizona. You will most likely find these squirrels in semi-arid shrublands and desert grasslands.

This type of ground squirrel is an omnivore, which means they eat plants and other small animals. White-tailed antelope ground squirrels mainly eat seeds, but they will also eat arthropods and vertebrates.

Some examples are lizards and rodents if they need more food than what they can find in their natural habitat. These animals are active during the day, which helps them avoid predators who would be hunting at night.

The spotted ground squirrel is native to the western United States. It can be found in the following states: Arizona, California, Colorado, Idaho, Montana, Nevada, New Mexico, Oregon, Utah, and Wyoming.

They are diurnal, which means they are active during the day. Since they are herbivores, they consume a variety of plants and seeds. Spotted ground squirrels are occasionally found in large groups known as colonies, where they nest and share food and resources.

This type of ground squirrel usually lives in sandy soil burrows. They have brownish-gray coats with white spots and rings around their eyes. These markings help it blend into its sandy habitat, making it difficult for predators to see it when it comes out for food or water during the day, when predators such as foxes or hawks may be looking for prey.

Rock squirrels are small mammals that live in rocky canyons and cliffs. They are a common species in Arizona, American Southwest, and northern Mexico.

These squirrels are diurnal animals that spend their days burrowed underground or hiding beneath bushes and rocks, only emerging to forage for food or find mates. Their diet is primarily made up of seeds, leaves, and stems, but they will eat insects if they can find them. Rock squirrels have been known to eat small reptiles as well as eggs from other birds such as quail or grouse if given the opportunity!

The mating season of these animals is during the springtime, which is from February to March. Females will begin building nests beneath stones or bushes on the ground after the mating season has ended, where their young will be born at the end of summer.