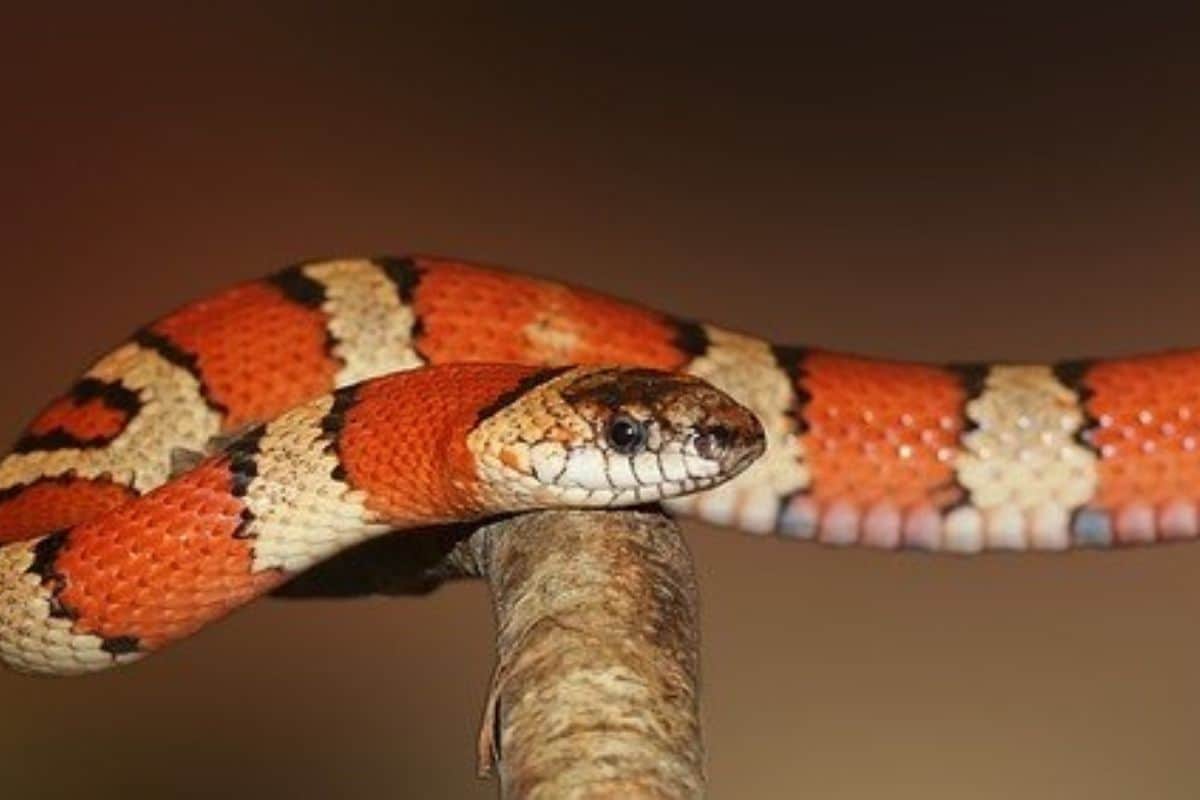 Ophiophagy refers to animals that eat snakes, and there are several types of animals known to do this. From large mammals to other snakes, there are animals found in North America and around the world known for commonly preying on snakes.

There are several animals that prey on snakes, from mammals like wolverines and badgers to other snakes like King Cobras. This list looks at the top ten animals that are known for feeding on snakes.

Mongooses are small carnivores that will commonly prey on various types of snakes that they come across. These animals are quick and have sharp teeth great for taking down their prey. When hunting snakes, a mongoose will strike on the back of the head to immediately kill them. These mammals can be found in Europe, Asia, and Africa.

Wolverines are a large mammal and type of weasel commonly found in Asia, Europe, and North America. These animals are ferocious hunters, and one of the most common predators that snakes have. While they often eat snakes, wolverines will go after pretty much anything they come across.

These can be snakes, in addition to birds, insects, fish, or even other large mammals. Wolverines are aggressive hunters, and they kill snakes by either crushing them or biting them in half.

One of the most ferocious reptiles found in North America is the crocodile. They have sharp teeth and strong jaws which, when paired with powerful swimming abilities, make it easy for them to hunt down snakes.

Crocodiles will swallow snakes whole, or crunch them with their teeth. While common in North America, crocodiles can also be found in Australia, Asia, Africa, and South America..

The harpy eagle can be found in South and Central America. This large predatory bird frequently preys on various types of snakes, in addition to small mammals, fish, and other birds.

Harpy eagles have sharp talons and beaks, which are both useful in hunting snakes. They use their talons to catch their prey, then use their beaks to tear them apart.

Another bird that commonly preys on snakes in addition to the harpy eagle is the Secretary bird. This is a predatory bird found in Africa, with powerful wings, long legs, and a strong beak. They can use their legs or wings to stun snakes by either stomping or hitting them.

After this, the Secretary bird will use their beak to kill the snake. In addition to their large size, these birds can be identified by light-colored feathers and yellow marks between their eyes and beaks.

American badgers are common badgers found in North America. They can be spotted from Mexico to Canada, and are omnivores. American badgers will eat sunflower seeds and corn, in addition to hunting down small mammals and reptiles.

These animals are common hunters of snakes, and will also prey on voles, fish, skunks, rats, and lizards. American badgers are well-known for eating rattlesnakes. Even though American badgers look similar to European badgers, they are closely related to each other.

Commonly found throughout North America, Europe, and Asia is the long-eared owl. This owl frequently preys on snakes, using their keen eyesight and sharp talons for hunting.

Long-eared owls are also known to prey on small mammals like voles and rabbits, as well as fish and amphibians. In some countries, these owls are helpful in controlling vole populations. Very rarely they will hunt other birds, like blackbirds and starlings.

The largest venomous snake found in the world is the King Cobra. They are also extremely dangerous to people and are frequent predators of other snakes. These snakes can reach over 18 feet long in areas where they have a lot of animals to prey on.

King Cobras actually have a diet that consists of mostly other snakes, and they prefer to eat nonvenomous snakes. King Cobras are also known to be cannibalistic. They have to swallow their prey whole, and can even eat snakes larger than them.

There are other non-venomous types of snakes like the kingsnake, that also eat other snakes.

The brown snake eagle is found throughout multiple African regions and is a fierce predator of snakes. They eat various types of snakes, both venomous and nonvenomous, and use their great eyesight to do so. These eagles can hunt while perching in trees or flying, and use their talons and beaks for killing snakes.

Bobcats are fierce hunters that will go after nearly anything, with the ability to eat poisonous animals too. In addition to eating snakes, bobcats are also known to go after lizards, skunks, house cats, deer, and birds.

Snakes are not usually their first choice when it comes to prey, as bobcats prefer to go after larger mammals that offer more meat. However, they are opportunistic hunters and don’t mind eating snakes when they come across them. These big cats can be found in regions across North America.

There are ten animals that frequently feed on snakes, and this even includes the King Cobra snake. The behavior that involves animals feeding on snakes is called Ophiophagy, and many animals that partake in this can even eat venomous snakes. Many of these Ophiophagus animals are found in North America, as well as around the world.