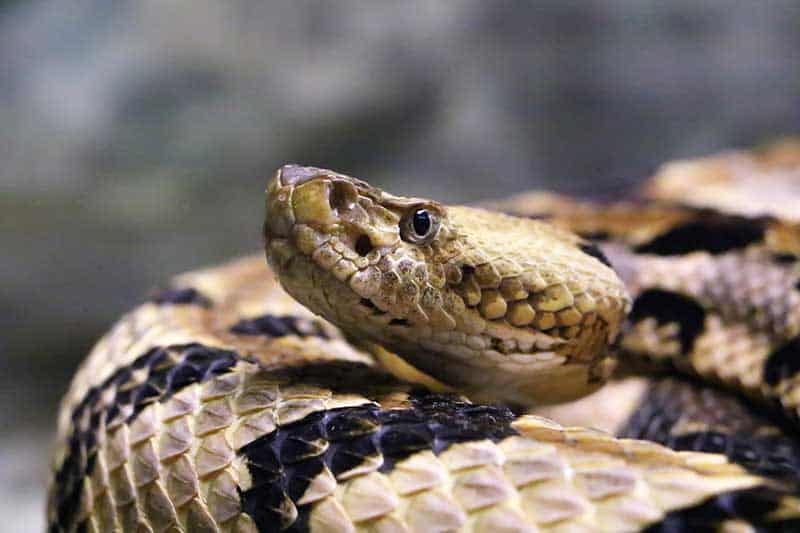 Knowing when wildlife is most active can be great for wildlife enthusiasts wanting to catch a glimpse of certain animals. But it can also be helpful information for people actively attempting to avoid certain animals.

When are rattlesnakes most active?

Rattlesnakes are most active when ambient temperatures and sunlight reaches optimal conditions- which is typically around 70-80℉ during daylight hours. However, during certain seasons Rattlesnakes may shift their active hours to stay cool or warm up.

For example, during summer months where daytime temperatures are at an all time high, Rattlesnakes may shift their activity to early morning or later in the day.

What time of day are rattlesnakes most active?

As a general rule, Rattlesnakes are most active during daylight hours. However because Rattlesnakes can in fact get too hot, they may take shelter during the hottest parts of the day, depending on the season. This means that during late mornings and late afternoons on a sunny day is the best time to see Rattlesnakes.

Are rattlesnakes nocturnal or diurnal?

But in certain conditions, Rattlesnakes may change their behaviors and shift to a slightly more nocturnal lifestyle. Animal activity can be plastic or flexible when need be.

Do rattlesnakes come out at night?

In some cases, yes. Rattlesnakes occur in many US states that have very diverse climates or environmental conditions. In hotter, more extreme climates like the desert, Rattlesnakes may limit their activity during the day and become more active at night during the summer months when daily temperatures are much higher.

Or on cool nights, Rattlesnakes may actually move to roads which are excellent at absorbing heat throughout the day to try to stay warm.

Technically, no. Hibernation actually only occurs in mammals and happens when hibernating animals during the winter severely depress their metabolism through limiting all activity and slowing their heart rate, entering a deep sleep.

Instead, some snakes like Rattlesnakes living in cool, temperate climates brumate. During brumation, Rattlesnakes may greatly limit their movement, but they don’t go into a deep sleep like hibernating animals do.

During brumation, Rattlesnakes may move small distances from their burrow to a water source or to just outside their shelter sites to bask on sunny days.

When do rattlesnakes hibernate?

Rattlesnakes brumate, which is similar to hibernating, during winter months when temperatures become too cold for normal activity. When temperatures start to drop into the 60’s is when Rattlesnakes will start behaving differently and will most likely begin their brumation period. 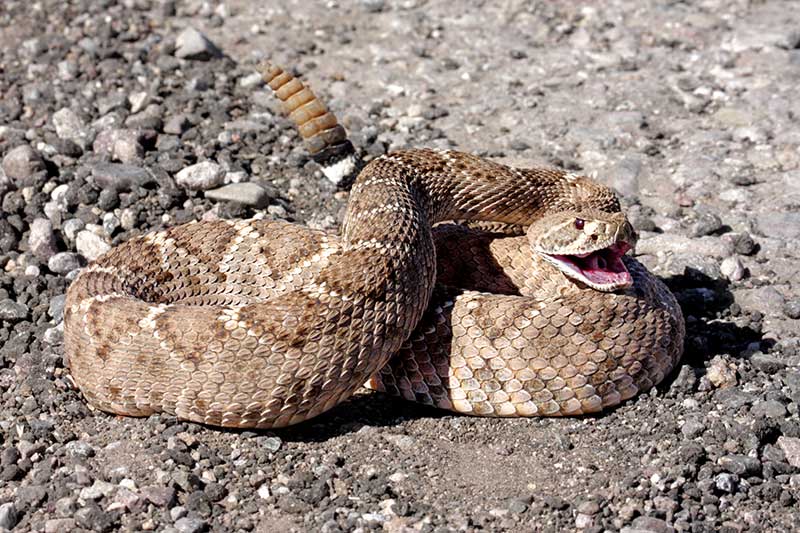 What temperature is too cold for rattlesnakes?

There are some species of Rattlesnakes that are able to survive in cold, temperate environments like those found in the northern United States. But these snakes cannot survive in cold temperatures in the direct elements, instead they need to find a burrow or some other shelter site to survive.

Rattlesnakes can survive in burrows during the winter so long as the temperatures in these burrows do not dip below the mid 30’s. However, in the direct elements, temperatures lower than 60℉ will be too cold for Rattlesnakes.

Do snakes hibernate in the same place each year?

Snakes will often return to the same place each year to brumate during the winter months. This is called site fidelity, and it’s actually quite common for snakes or other animals to leave an area or shelter spot and return- sometimes weeks, months, or even a year later.

Snakes have amazing navigational abilities and are able to find their way back to shelter sites or other important areas. This ability is extremely useful for snakes and allows for them to be able to relocate important resources, such as safe places to brumate and take shelter.

For more information about snakes and brumation read here.

How to avoid rattlesnakes – 3 tips 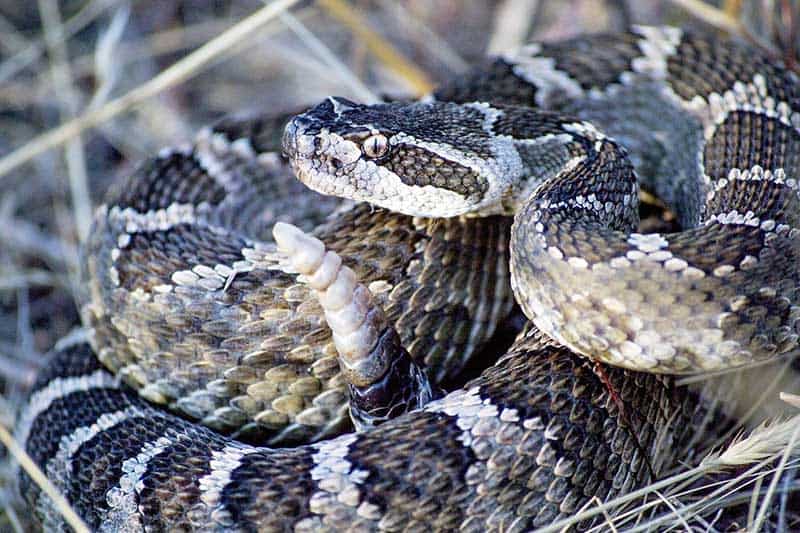 Rattlesnakes occur in many of the states in the US. While snakes are not antagonistic animals and are only dangerous when provoked, that doesn’t change the fact that many people are terrified of snakes and will do anything to avoid them!

While it’s impossible to guarantee that you will never encounter a Rattlesnake, there are several things you can do to avoid Rattlesnakes as well as steps to take if you encounter a venomous snake.

1. Know when they are most active

If you’re out for a walk or hike, one way to stay safe is to stay on the designated paths or trails. Snakes like to be hidden and therefore will most likely avoid a clear-cut path. Not only that, but by staying on a maintained trail you increase your visibility, meaning that the chances that you will accidentally stumble upon a Rattlesnake are low.

Snakes love to hide under brush piles, trash heaps, or anything else laying around. You can prevent Rattlesnakes from setting up camp in your yard by making sure that there are no good places for them to hide. This also decreases the chance that you will encounter a surprise, unwanted visitor during your yard work!

You may also like:  Do Snakes Have Bones? (Here's What You Should Know)

Whether you like Rattlesnakes or want to avoid them at all costs, knowing when they are active can be useful information! As a general rule, Rattlesnakes are diurnal, daytime animals. That being said, snakes are an impressive, adaptive group of animals that can shift their behaviors in response to the conditions surrounding them.