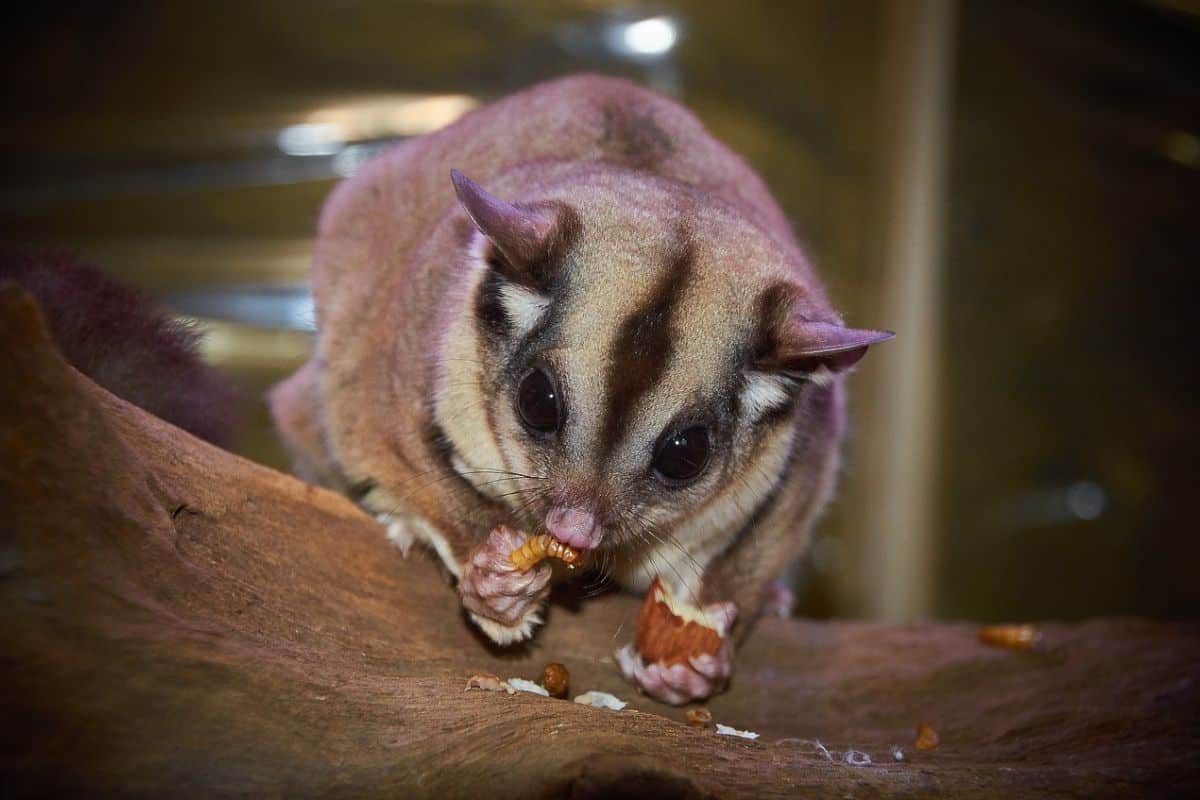 Sugar gliders are small animals known for their special features that allow them to glide through the air, giving the impression that they have wings even though they do not! Sugar gliders are also marsupials, meaning they carry their young in pouches on their mothers’ stomachs. They are, in fact, related to kangaroos and opossums!

And if you think they’re the only animals with these abilities, you’d better reconsider. This article will teach you everything you need to know about animals like sugar gliders!

The following list of 10 animals includes characteristics that are unique to both sugar gliders and those animals. So they may not all look like sugar gliders, or even be the same type of animal… but they’ve all got something in common!

The feathertail glider is a nocturnal animal found in Australia’s rainforests. These marsupials, as their name suggests, have long tails that look like feathers. During their nocturnal activities, such as hunting for food or searching for mates during mating season, their tails assist them in maintaining balance when they jump from tree to tree.

Because they are both marsupials, feathertail gliders and sugar gliders are related. They both have a pouch in which they can carry their young, which has four nipples. Both also have long tails that aid in balance when jumping from tree to tree.

The Southern greater glider is a marsupial native to southeastern Australia’s forests. They grow to the size of a domestic cat and have a large rat’s body structure.

The dark morph is black with white sides, whereas the white morph is white with gray sides. Their long tails and small ears aid in their balance as they glide through the trees.

The Northern flying squirrel is a small rodent native to North America. They are one of three Glaucomys species that have developed the ability to glide through the air.

They have long, bushy tails covered in fur and two large membranes running from their wrists to their ankles. The membranes, known as patagia, allow them to glide up to 100 feet (30 m). These nocturnal squirrels primarily consume nuts, seeds, fruits, and insects.

The ability of these two species to glide long distances through the air is their most obvious similarity. This is because both animals have membranes between their front and back legs that allow them to stretch out and glide through the air as they leap from one location to another.

The Wallace’s flying frog, also known as the gliding frog, is a Rhacophoridae family frog. They are endemic to Malaysia and Thailand, and their natural habitats include evergreen forests, shifting cultivations, and vegetation near forest pools.

Their body is greenish-yellow with black spots on the back and legs. Although the juvenile’s back has more white patches than the adult’s, both colorations are similar.

Gliding frogs and sugar gliders are both small, nocturnal tree-dwelling animals that glide from one tree to the next by spreading their limbs and skin.

Striped possums are native to Australia and New Guinea, but have since spread to New Zealand and Tasmania. They are distinguished by their black body with white stripes running from head to tail.

In Australia, you can find striped possums in a variety of habitats, including forests, grasslands, and open areas near water sources. They are omnivores, which means they consume both plants and animals.

Striped possums and sugar gliders are very closely related, and they look similar in many ways. Both are marsupials (they have pouches for their young) and have a similar stripe pattern on their bodies.

These creatures are folivores, meaning that they only eat young plants, fruits, and sometimes insects. They have large eyes, ears, and nostrils for catching their prey at night, when it comes out to search for food.

Sugar gliders and Philippine flying lemurs are similar in that they can glide from one tree to another. Both of these creatures have a membrane that stretches between their limbs, and they can use it to glide from tree to tree

The Fergusson island striped possum, also known as the tate’s triok, is endemic to Papua New Guinea. They are nocturnal and live in tropical dry forests, primarily feeding on insects. These small animals are distinguished by two white stripes on their back and a white tip on their tails.

Tate’s trioks, like sugar gliders, are small marsupials in the Petauridae family, which explains why they have similar appearances. Apart from that, they are both nocturnal and live in trees.

You may also like:  18 North American Animals That Start With E (Pictures)

A Draco lizard, also known as a flying dragon, is a type of lizard native to Southeast Asia. With a maximum length of 9 inches (22 centimeters), Draco lizards are small animals. They’re distinguished by their bright colors—usually green or yellowish orange with black spots—and their ability to fly short distances.

Draco lizards and sugar gliders have developed special adaptations that allow them to glide when needed. They have skin flaps that act as parachutes when they jump from trees or other high places. Draco lizards will frequently glide downward on these flaps before landing back on their feet.

There are many things you may not know about the pygmy scaly-tailed flying squirrel, also known as flying mice, but one thing you should be aware of is that these animals are neither squirrels nor mice. They are, instead, miniature versions of anomalures, the largest genus in the rodent family.

The ability to glide by extending their limbs makes Pygmy Scaly-Tailed Flying Squirrels similar to Sugar Gliders. They also have an air-gliding membrane that runs from their wrists to their ankles.

Feather-tailed possums are native to Papua New Guinea and can be found in all types of forests, though they prefer undisturbed ones. They also have long tails that look like feathers, which gives this possum its name. These small animals consume nectar and pollen found in the forest.