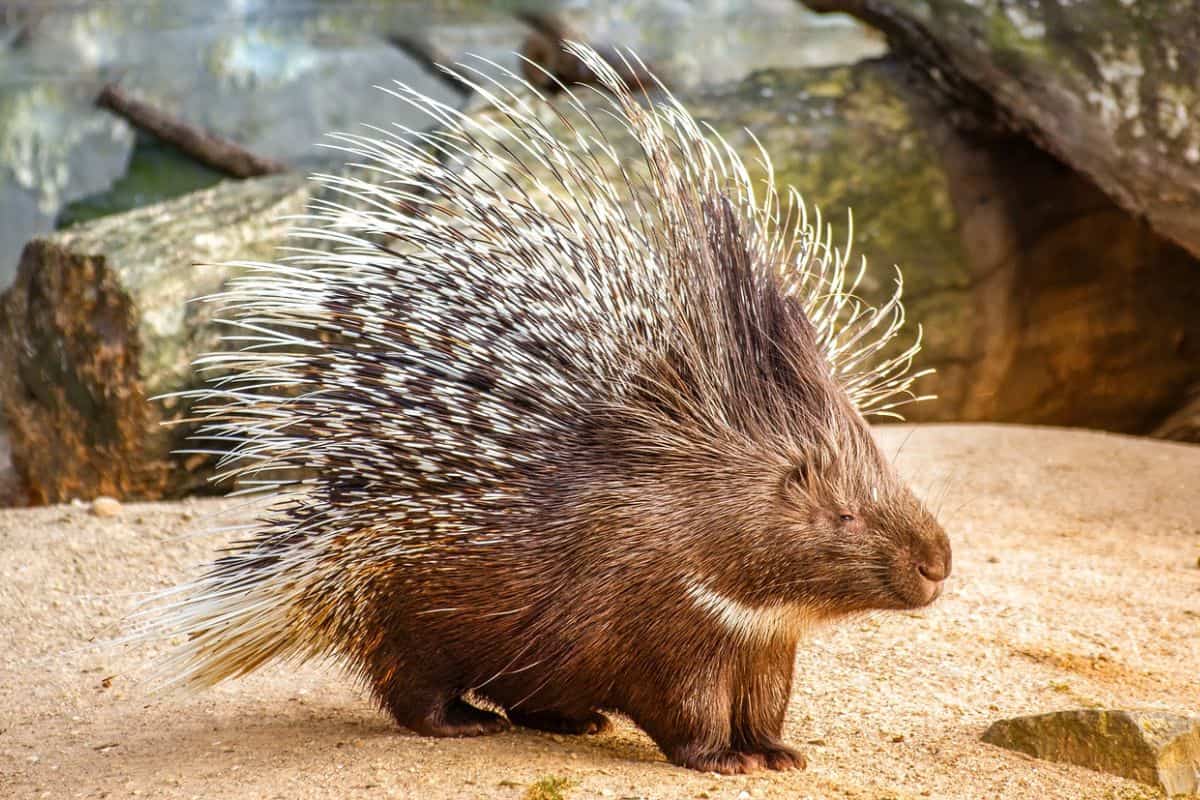 Porcupines are fascinating creatures that are most well known for their quills, which are modified hairs that they can use to protect themselves from predators. Because these quills have a special coating that helps them stick to your skin, you should exercise caution when handling them. There are other animal species similar to porcupines in some ways. In this article we’re going to learn about some animals like porcupines, and look at some pictures of them!

The following are the ten animals that are like porcupines in one way or another.

Hedgehogs are small mammals that can be found all over the world. They are nocturnal, meaning they sleep during the day and emerge at night. They are also available in various colors, but the most common are brown and gray.

Both animals protect themselves from predators by using their spines. Hedgehogs will curl up into a ball if they feel threatened, while porcupines will stand on their hind legs and puff themselves up to frighten off any potential predators.

Muskrats are semi-aquatic creatures that inhabit wetlands such as marshes, bogs, and swamps. They construct their dens on the banks of lakes or streams, forming a protective barrier around their home with sticks and grasses. Their webbed feet make it easy for them to move through the water, and their tails serve as rudders when they’re swimming underwater.

Echidnas are small, egg-laying mammals native to Australia and New Guinea. They are members of the Monotremata order, which also includes the platypus.

They dig for worms, insects, and other small prey with their snout. Since they lack teeth, they can’t chew their food; instead, they use their tongues to mash it up before swallowing it whole!

The behavior of porcupines and echidnas is strikingly similar. They both have quills on their bodies that protect them from predators and from one another.

Like porcupines,  Echidnas also defend themselves with their quills and can use them as weapons to stab predators when they get too close.

Raccoons, also known as “masked bandits,” are nocturnal mammals that live in forests, swamps, and deserts. They are widespread throughout Asia, Europe, and North America.

As omnivores, raccoons eat both plants and animals primarily. They also consume insects, crawfish, crayfish, frogs, snakes, and rodents. Porcupines and raccoons are both known for their climbing abilities, but they also share another skill: swimming!

Sea urchins are sea creatures with sharp spines that grow all over their bodies, limiting their ability to move quickly. These spines protect them from predators like fish and lobsters. They also use their spines to attach themselves to rocks, preventing them from floating away in the water.

Both sea urchins and porcupines have spines to protect themselves from predators. Sea urchins, on the other hand, are marine animals, whereas porcupines are land animals.

Opossums are marsupials that live in both North and South America. They use a long tail to keep themselves balanced when hanging upside down (which they do a lot).

To avoid its predators, the opossum can make itself appear larger by raising its back legs and flashing its teeth. If this fails, it will play dead by rolling over and pretending to be killed by a predator.

Opossums and porcupines both live underground in burrows, though their methods differ. Porcupines use their front paws to dig their burrows, whereas opossums do not dig their own holes but instead occupy abandoned ones.

These rats are known as agouti and are native to South America. They are found in forests and jungles, but they can also be found in cities. Like porcupines, their bodies are covered in sharp quills that protect them from predators.

The armored rat has evolved a unique defense mechanism against predators. When attacked, instead of fleeing or fighting back, it curls into a ball and exposes its spiny backside to the attacker. This allows it to defend itself without harming its attacker, similar to how porcupines defend themselves.

Long-spine porcupine fish get their name from their resemblance to porcupines. Their fins are long and spiny, resembling quills. These fins are used to protect the animal from predators.

However, the quills of porcupines are much sharper than those of porcupine fish, allowing them to cause serious injury when they attack someone attempting to eat them.

Tenrecs are a type of animal that lives in Madagascar. Because their spines resemble those of hedgehogs, they are also known as hedgehog tenrecs.

You may also like:  16 Animals That Start with P (With Pictures)

Tenrecs have shrew-like round bodies with short legs and short tails. They also have long snouts for digging in the soil for insects and other small animals. Although both tenrecs and porcupines have spines, they use them in very different ways.

When threatened, tenrecs’ small spines can be used as a defense mechanism; however, unlike porcupine quills, these spines are used to communicate with other tenrecs.

Porcupine quills, on the other hand, have large barbs that allow them to defend themselves against predators. When these barbs get stuck in an attacker’s skin or eyes, they can cause serious injury.

Pufferfish are a type of fish that lives in tropical and subtropical waters. They are distinguished by their ability to inflate their bodies when threatened or terrified, allowing them to avoid predators. They also have sharp teeth for crushing crustaceans and mollusks.