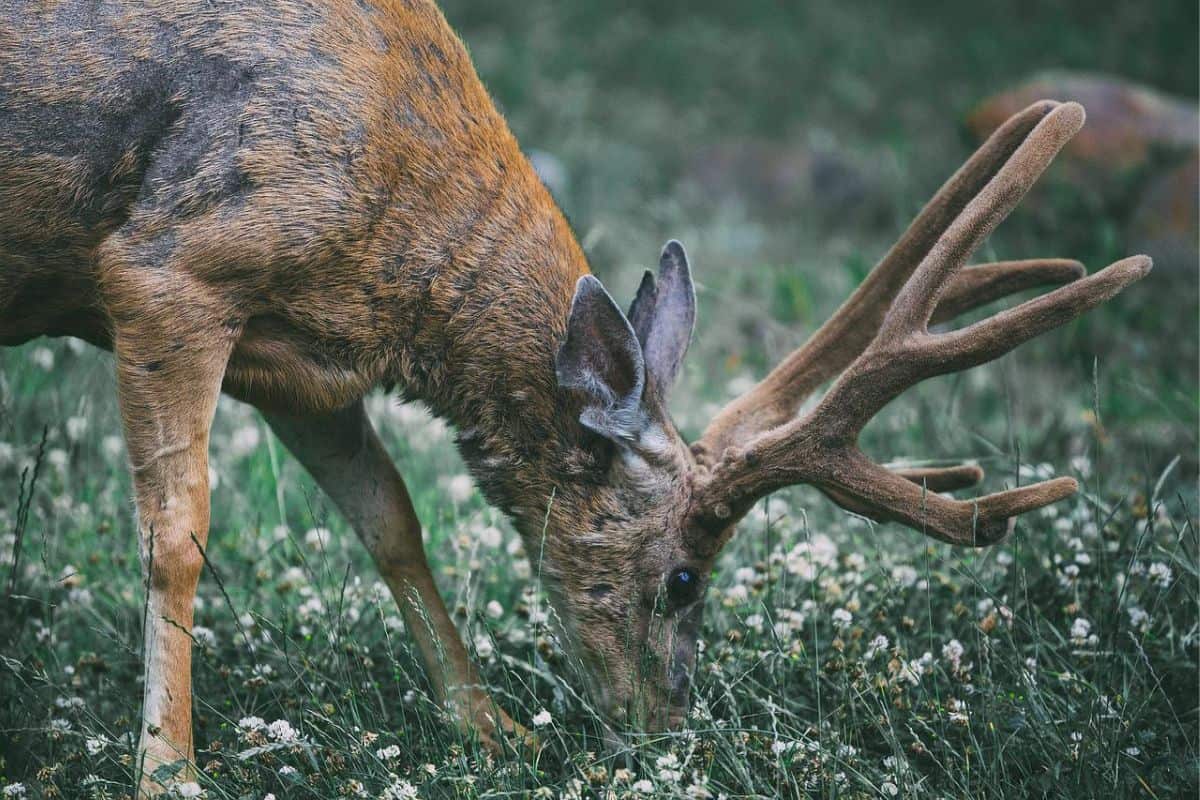 But here’s the thing: while you’re thinking about how to care for this flowering plant, deer are probably thinking about how to eat it for lunch! If you live in a rural area, you may wonder, “do deer eat impatiens?”. Don’t worry! In this article, we’ll cover all of these topics as well as what you can do to resolve them.

Impatiens are lovely flowers that are also easy to grow. They’re an excellent option for anyone who is new to gardening. These lovely flowers can be planted in almost any type of soil and grow quickly, so they’ll bloom soon after you plant them. They are also low-maintenance, so you won’t have to spend hours caring for them!

The quick answer is yes. Deer will happily graze on almost any garden plant they can find, and while they won’t go out of their way to hunt for impatiens, they will still happily munch on these plants if given a chance.

Impatiens are colorful flowering plants that come in a variety of patterns and colors. Because of their early flowering season and low maintenance requirements, they are a popular gardening plant.

Impatiens are originally from Africa and Asia, but they are now grown all over the world, most notably in North America, where they are one of the most common flowers.

Impatiens are known by many different names, including jewelweed, touch-me-not, snapweed, and patience. They’re commonly used as groundcover in gardens and containers, particularly by people who live in areas where deer are a threat.

Why do deer eat impatiens?

Deer are common in many parts of the United States, and their diet is diverse, containing over 100 different types of foliage, but they will happily consume some impatiens. Because of their sweet flavor, deer prefer to eat them as a treat rather than a regular part of their diet.

You can also find impatiens in gardens and along the sides of roads across the United States, making them accessible and easy for the deer to find.

Nutritional benefits of impatiens to deer

Impatiens are a species of flowering plants, and they have a variety of nutritional properties that make them appealing to certain animals. Studies have found that impatiens have a lower fiber level than other plants, which makes them less palatable to other deer.

However, they do have other nutrients that can attract deer. For example, these plants are high in phosphorus and calcium, both of which are necessary for bone development. This makes impatiens an ideal food for pregnant or nursing deer.

The iron helps their young build strong bones, while the calcium supports their developing teeth and bones. Just keep in mind that deer do not eat impatiens to stay healthy; rather, they eat them to supplement their diet when other plants are scarce.

Deer enjoy a wide range of flowering plants, such as rosemallow, sunflowers, and daylilies. They prefer plants that produce nectar or pollen because they provide protein.

These animals also enjoy eating the buds of plants such as roses and tulips because they are high in starch and sugar and provide a good energy source during the mating season.

Deer do not commonly consume impatiens because they are not a staple in their diet. In fact, impatiens are not so popular in the deer diet that studies have found them to be occasionally severely damaged by deer in the wild.

Deer are herbivores, which means they eat only plants. However, they have a very diverse diet and will consume a wide range of vegetation, including:

Deer are also known as “browse specialists,” which means they eat mostly young twigs and leaves on trees. These creatures also consume tree bark and fungi on occasion.

What other animals eat impatiens?

You must have known that impatiens had few natural predators before planting them and the majority of the animals that consume impatiens are typically found in the wild, including rabbits, chipmunks, and rats. A few other animals will also consume impatiens, but they are not very common.

Insects like earwigs and spider mites also enjoy munching on impatiens. Aside from deer, these could be the culprits eating your impatiens.

Tips if you want deer to stop eating your impatiens

Deer are a problem for many gardeners, but they can be stopped from eating impatiens with these simple tips:

Will impatiens grow back after getting eaten by deer?

Yes, impatiens grow back quickly. Despite their popularity with deer, impatiens are much more resilient than people think. They’re a durable plant that can recover from deer eating them.

If there is still some stalk on your impatiens after they have lost their leaves, you might be able to get them to bloom again! Simply remove any damaged stems and immerse them in water until they begin to grow again. Then replant them in soil with plenty of sunlight and water (and hopefully not any more hungry mouths).

Deer, like all animals, are motivated by instinct. This means they will eat anything to survive, including plants like impatiens. It may not be their favorite food, but they can and will eat it as a snack when no other options are available.

If you want to keep hungry deer out of your garden, it’s important to understand what attracts them and what doesn’t, and we hope this article has been of great help to you!