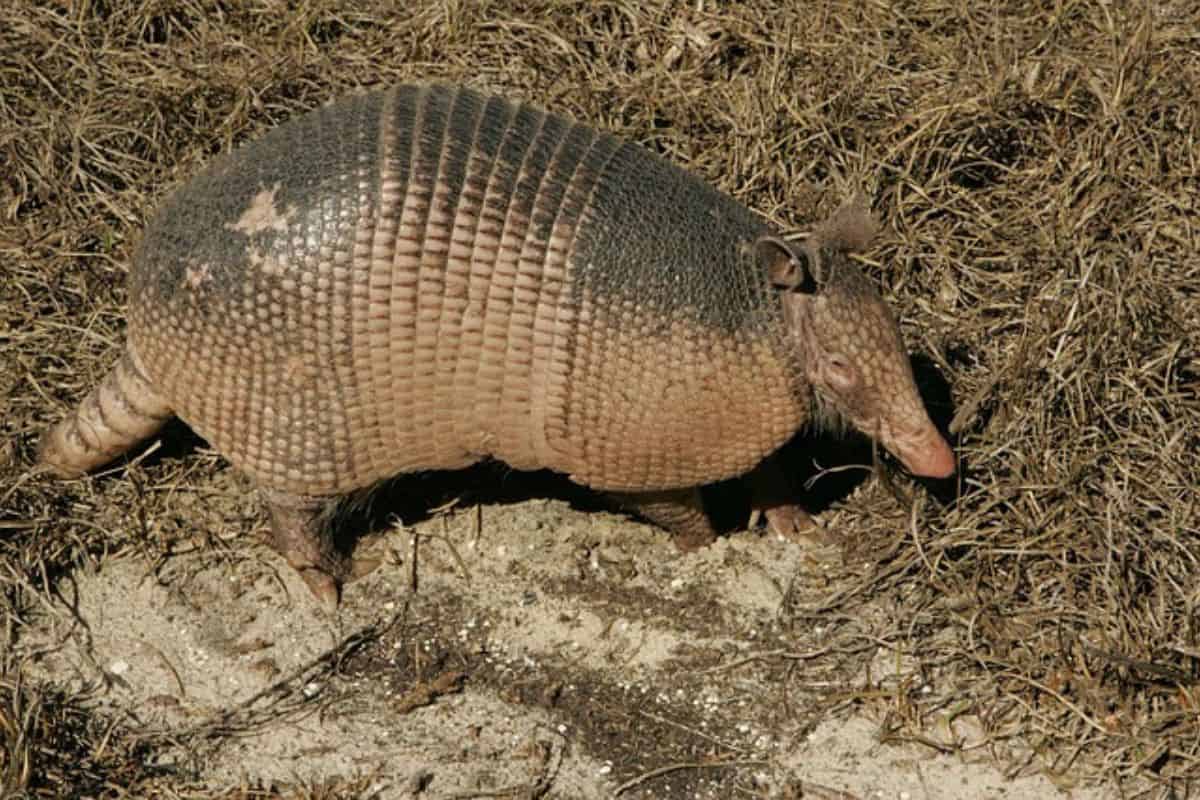 The nine-banded armadillo is one of the most common animals seen in Florida. These nocturnal mammals can be found everywhere in the state, foraging in residential areas or crossing roads and ponds.

11 Facts About The Nine-Banded Armadillo in Florida

The only armadillo found in the state of Florida, and the rest of North America, is the nine-banded armadillo. These small mammals have been a common sight in Florida and nearby states for years, having just recently spread to places like Texas.

There are several interesting facts to learn about these small Florida mammals.

Armadillos in Florida have poor eyesight, which can contribute to them falling prey to a number of predators in the state. Their thick armor does not make them invincible, especially to animals that are much larger. 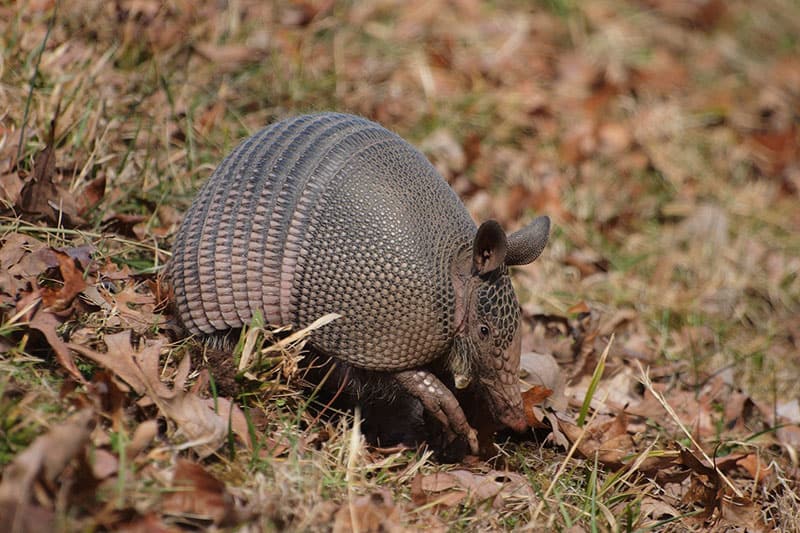 When they are babies, nine-banded armadillos are the most vulnerable because they have not grown their armor yet. Common predators of armadillos are:

The armadillos seen throughout Florida have a wide-ranging diet and will spend much of their time foraging and digging for food.

The armadillo’s diet can include:

Since these animals routinely dig up their food, they can be considered pests in residential Florida areas.

The scientific name for the nine-banded armadillo found in Florida is Dasypus novemcinctus Linnaeus. They also fall under the order Cingulata and are known by the common name of armadillo, no matter where in North America they are spotted.

3. They have thick armor and sharp claws

The nine-banded armadillo found in Florida has an appearance unlike any other mammal found in the state. These unique animals have a protective armor-like shell that is their best defense against predators.

However, it is a myth that this kind of armadillo is able to roll up into a ball. Instead, they will leap high into the air if surprised. They also have sharp and long claws that can be used for defending themselves or digging for food.

Even though this armadillo has nine-banded in their name, they can actually have anywhere from 7 to 11 bands across their backs. They have a bony appearance, and when they reach adulthood can be up to two and a half feet long.

Armadillos in Florida can weigh about 12 pounds, but some have been known to weigh 20 pounds. These animals are frequently said to be about the same size as a house cat.

Florida’s nine-banded armadillo has an impressive ability to leap straight into the air. They do this when startled, and can reach about four or five feet high.

This jump is usually enough to scare away potential predators, but it gets them into trouble when they are seen crossing the road. Armadillos are common roadkill, both because of how often they cross the road and their tendency to jump and hit moving vehicles.

In Florida, the nine-banded armadillo has a lifespan that can be anywhere from seven to twenty years long when in the wild. How long these animals live will depend on the exact region they are in, and the mind of predators around them. In captivity, these armadillos can get even older, with one captive armadillo reaching twenty-three years old.

When armadillos give birth they will have four live babies at once. Females always have quadruplets, and these young are extremely vulnerable to predators.

This is because baby armadillos have thin armor, almost like a human’s fingernail. It takes a few weeks for their armor to be completely developed, and until then baby armadillos will stay with their mothers.

8. They have a wide range in Florida

The nine-banded armadillos are one of the most common mammals found in Florida and can be spotted in every county in the state. These animals are common in residential areas and frequently fall victim to being roadkill. Since they are nocturnal, they are most likely to be seen wandering around at night.

Since armadillos are so common in Florida and frequently forage for food in yards and gardens, many residents consider them to be a nuisance. They have been known to cause extensive damage by digging up dirt and plants. However, it is hard to remove armadillos because of how many there are, so Florida residents instead have to work on deterring them completely.

There is only one kind of armadillo found in North America, with several other types being found in South America. The closest relative that these animals have are anteaters and sloths. Nine-banded armadillos originally came from South America, to begin with.

It might not look like it, but armadillos found in Florida are good swimmers. They can hold their breath for six minutes, and walk across the bottoms of ponds or creeks. These animals can also swallow enough air to help them swim across the top of the water.

Armadillos are one of the most interesting animals in all of Florida, and there are plenty of facts about them that not even residents of the state know.