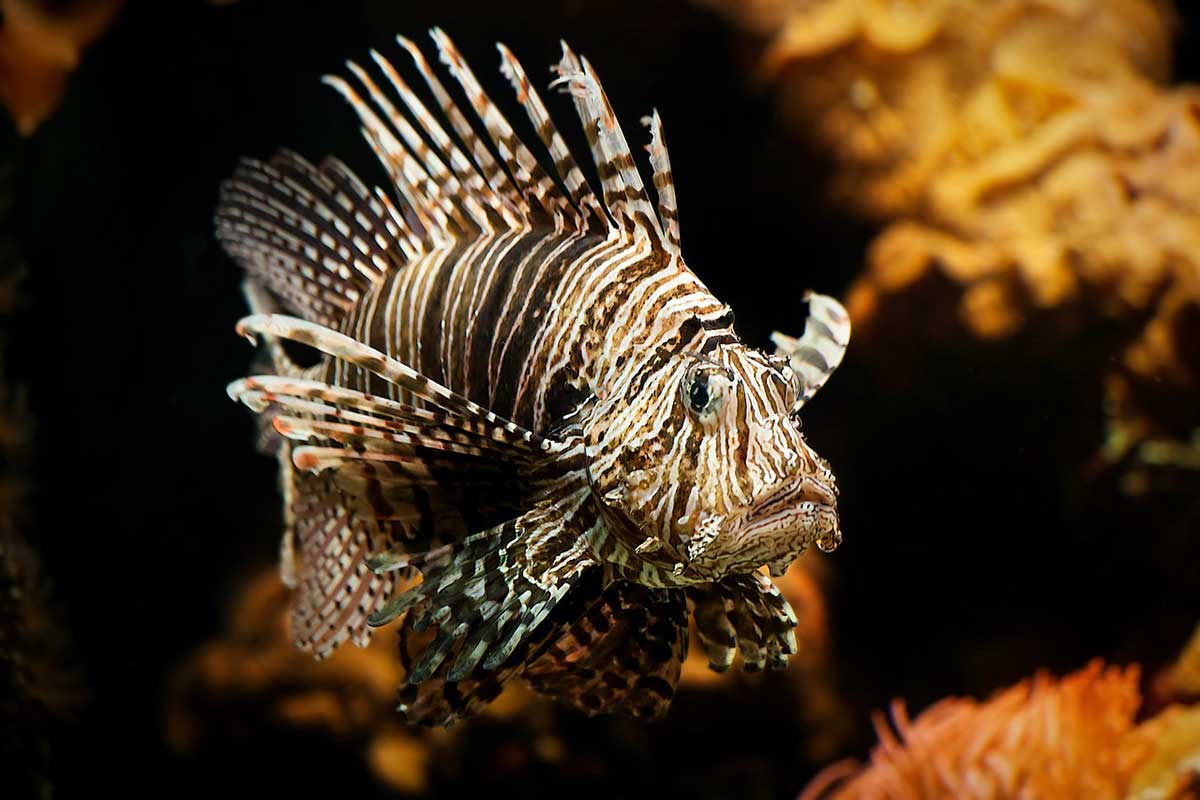 While lions and leopards spring to mind when thinking of animals that start with L, can you come up with North American animals? If not, we have you covered with this list of 20 species. From a state mammal to a constrictor snake, read on to learn more about each animal, including their preferred habitats.

20 animals that start with the letter L

Let’s find out how many of these North American animals starting with L you already knew. One may surprise you about how long they’ve existed!

The Louisiana black bear is a subspecies of the American black bear and the state mammal for Louisiana. You can find them in forested areas in Louisiana, western Mississippi, and East Texas.

They can grow up to 6 feet tall and weigh over 400 pounds. Despite their size, these intelligent bears are known to be shy and secretive and hard to spot in the wild.

Little brown bats are as small as their name suggests, growing only 2 to 4 inches long. They roost in colonies that can contain over 100,000 individuals.

These bats have a large range from Alaska and northern Canada to southern U.S. states. They prefer living in caves and forests near water sources.

The long-eared myotis bat is a dark brown to pale brown bat growing around 3 to 3.7 inches in body length, with wingspans around 9 to 10 inches.

You can find these bats in Mexico, Baja California, western U.S. states, and western Canada. They roost alone or in colonies, especially underneath bark and tree cavities.

The lowland paca, also called the spotted paca, live in tropical or sub-tropical habitats from east-central Mexico to Argentina. They are large brown to gray rodents with distinctive white spots on their sides.

These animals also mate for life and will only have one or two babies each year.

Leatherback sea turtles are the largest species of sea turtles worldwide, growing up to 5.5 feet long. They are deep divers, reaching depths around 4,000 feet.

Their distribution is almost worldwide, including in the Atlantic and Pacific oceans as far north as Alaska. They are also known to be spotted nesting on Florida beaches.

The lion’s mane jellyfish is a large jellyfish, growing up to 120 feet long and 200 pounds in weight. However, they have short lifespans of only one year.

These jellyfish prefer cooler waters of the North Pacific, North Atlantic, and Arctic oceans. They are commonly found in the waters near British Columbia and between Washington State and Alaska. 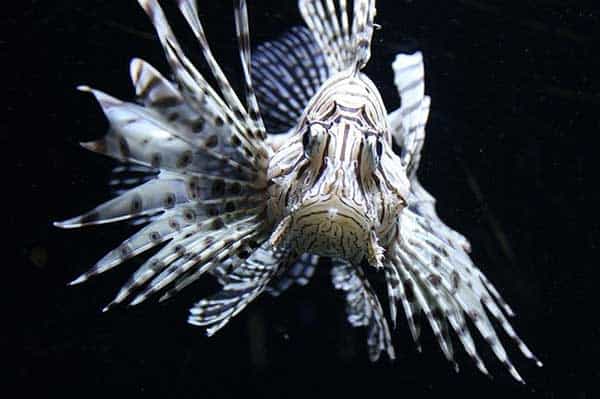 Lionfish get their name from their long spines and brilliantly colored striped body markings. Their colors warn predators to stay away from the venom in their spines.

You can find them in tropical reefs and rocky crevices, including in the Gulf of Mexico and along the U.S Atlantic coast from the Florida Keys to Cape Hatteras.

The Lucifer hummingbird is a brightly colored hummingbird known for its bright purple throat contrasting against a green or brown body.

These hummingbirds are common in the central Mexican plateau, but you can also find them in southwestern U.S. states, particularly the Big Bend region of western Texas. Besides feeding on nectar, they also eat spiders and small insects.

The least grebe is a small waterbird with a short, pointed bill and shaped like a duck. You can identify them by their bright golden eye and white tuft on their head.

Although widespread throughout Central and South American wetlands, they have a population in southern Texas, particularly the Lower Rio Grande Valley.

The lesser nighthawk is smaller than the common nighthawk, with more buffy coloration and less deeply forked tails. These nightjars forage near dusk or dawn and are known to catch insects while flying.

They breed in open country habitats from southwestern U.S. states to South America.

Long-eared owls don’t actually have long ears but long ear tufts that make their ears look bigger. They are medium-sized birds, growing up to 14.5 inches tall and able to fly at top speeds of 31 miles per hour.

You can find these owls in temperate climates throughout the world. In North America, their breeding areas include central Canada, California, Virginia, and northern Baja California.

Long-beaked common dolphins live in warm and shallow coastal waters of the Indian, Atlantic, and Pacific Oceans. There are common sightings in California and Washington.

They live in large social groups and often ride the bow waves of boats. These small dolphins are around 6 to 8.5 feet long and 160 to 500 pounds.

Long-tailed weasels have reddish-brown coats in the summer and develop lighter coats for the winter. They aren’t picky eaters and are active all winter without hibernating.

You can find them in southern Canada, most of Mexico, and throughout the U.S., except for areas in southwestern states. They thrive in various habitats, including thickets, farmland, and woodlands.

Lined snakes are small brown to olive-green non-venomous snakes with tan or yellow stripes. You can find them in the Great Plains state, from Texas to southeastern South Dakota.

They typically live in open woodland and grassland habitats but will sometimes wander into urban areas. During the winter, they hide in animal burrows or rock crevices below the frost line to survive.

Louisiana pine snakes are large, powerful constrictor snakes that reach up to 5 feet long. They are brown, russet, or black with dark blotches on their body and black markings on their belly.

You can only find them in Louisiana and Texas where they prefer well-drained, sandy soils and open pine forests.

Ladder-backed woodpeckers are small desert birds with black and white coloring, including stripes on their back that look like ladder rungs. The males also have a bright red crown.

These non-migratory birds live year-round in southwestern U.S. states and most of Mexico. While they mainly eat insects, they sometimes also feast on cactus fruit.

Little brown skinks are small lizards with fragile tails that break off easily when running from predators. These ground-dwellers feed mostly on earthworms, millipedes, and small spiders and insects.

They have a large range in the U.S. extending from New Jersey to Florida, west to Texas, and north to southern Illinois.

Although small, you can easily identify them by the white dot in the middle of their brown backs.

The longnose gar is a long-bodied fish growing up to 6.5 feet long, with beak-like mouths. This species from the gar family have potentially been around for 100 million years.

You can find them in different North American water habitats, including the Rio Grande, Gulf of Mexico, and river basins in Michigan and Wisconsin. They also live in the brackish waters of the Perdido Bay and Mississippi River.

Lake trouts are the largest of the freshwater char species, with the largest fish caught at 72 pounds. These fish are native only to North America, ranging throughout the Great Lakes and from Alaska to Nova Scotia.

They prefer cold waters with high oxygen levels, where they feed on insects, crustaceans, freshwater sponges, and fish.