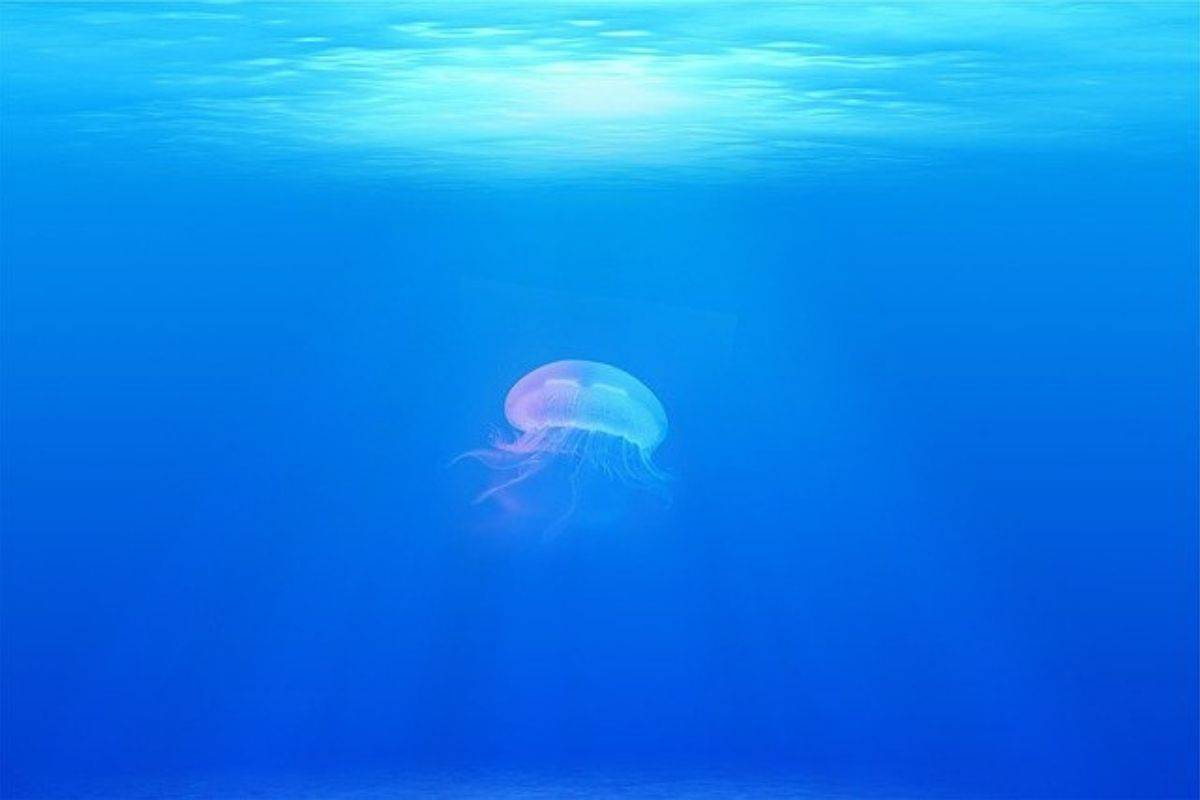 The jellylike, prehistoric marine creatures called jellyfish have been drifting in our ocean currents for millions of years. They are known for their sting and can be found in cold and warm ocean waters worldwide. There are around 220 different species of jellyfish.

However, they aren’t actually fish. These animals are invertebrates that don’t have backbones or a centralized nerve center like a brain. So, how do they survive or sting? And do jellyfish have tentacles? If not, what are the characteristic strings hanging from their bodies?

Find out answers to these questions and more with facts about jellyfish, their anatomy, and stinging capabilities.

Do jellyfish have tentacles?

Yes, most jellyfish have tentacles that are covered with thousands of stinging cells called cnidocytes or nematocytes. These cells are small compartments with mini barbed stingers and each stinger has a tiny bulb holding venom. The tentacles act as a powerful defense mechanism against predators and when capturing prey.

However, not all jellyfish have the characteristic long, swaying tentacles. Depending on the species, the length of the tentacles can vary from an inch up to 120 feet. For example, the upside-down jellyfish (Cassiopea and andromeda) looks like a tentacle-less circular body.

Their short tentacles are used to catch free-floating foods such as plankton and have no stingers. Instead, they release clouds full of autopiloted stingers into the water for protection.

How many tentacles does a jellyfish have?

Many jellyfish have four to eight tentacles hanging from their bell, but some species have hundreds or thousands. For example, one of the world’s smallest jellyfish is the Irukandji box jellyfish (Malo kingi), that’s only around 0.2 to 0.9 inches big.

They have only four tentacles ranging from an inch to 3.3 feet long. In contrast, the lion’s mane jellyfish (Cyanea capillata) has up to 1,200 tentacles divided into eight clusters.

What are jellyfish arms called?

Typically when people are referring to jellyfish arms, they are talking about the tentacles. However, some species also have appendages called oral arms scattered among their tentacles.

These long parts aren’t meant for stinging but instead move prey the jellyfish capture into their mouth. The mouth is typically located on the underside of the umbrella-like body known as the bell. Some species don’t have a mouth and ingest food directly through openings in the oral arms instead.

What are jellyfish mostly made of?

Jellyfish are made up of around 95% water, and the remaining 5% are muscles, structural proteins, and nerve cells. Their bodies lack blood, brains, or hearts but are made of three distinct layers:

How do jellyfish stay alive without a brain?

Although jellyfish don’t have a centralized brain like most animals, they do have two complex nervous systems. One nerve network controls their swimming abilities and the other controls all other behaviors, including feeding. Many species also have circadian rhythms, meaning they will behave differently during the day and night.

You may also like:  15 Insects That Destroy Crops (With Pictures)

Since the jellyfish’s nerves run throughout their body without a centralized control area, they can easily continue to function and survive even if a predator bit off part of the bell. However, they will still feel the threat. For example, if you snip off a tentacle, it will swim away very vigorously.

How do jellyfish sting?

Jellyfish don’t purposely attack humans and most stings occur when you accidentally touch them. Brushing against the tentacles will trigger the cells to open and release the stingers and venom into the trigger (i.e. your leg). This whole process happens within a millionth of a second.

However, not all jellyfish can sting. Some species, such as the sea gooseberry (Pleurobrachia bachei), have colloblast cells on their tentacles that produce a sticky substance to trap prey.

Some species, such as the moon jellyfish (Aurelia aurita), lack the stinging power to penetrate human skin. They also have mild venom that only causes irritation and a slight reaction. This characteristic makes them popular pets. Other species with mild stings include:

Why does a jellyfish sting hurt?

Jellyfish stings hurt because of the venom they release. More painful stings typically have a protein called porin in the venom, which is known to punch holes in other types of cells, such as skin, blood, and nerve cells.

Jellyfish stings usually start off like a sharp, burning pain as if you were stung by a bee in a long line. It also gets itchy and you can develop hives when the pain subsides after around 24 hours.

Most jellyfish venom is not harmful. However, some species can be deadly. For example, the Indo-Pacific box jellyfish (Hironex fleckeri) has fast-acting venom that makes the heart contract, so you need to seek medical attention for the antidote immediately. Death could occur within minutes.

What is the fastest way to cure a jellyfish sting?

While you may have heard that you should pee on a jellyfish sting, that’s actually not a wise move. Rinsing your sting in freshwater, urine, ammonia, or rubbing alcohol can worsen the sting. It can aggravate the stinging cells on your skin, leading to more venom being released.

Instead, you should rinse the area in vinegar. The acetic acid content in vinegar deactivates the nematocysts, so the tentacles stop releasing more venom. Besides using antidotes for more serious stings, proper first-aid for jellyfish stings include:

Jellyfish have tentacles of varying lengths to help them defend themselves or comb for food in the waters. While some species only have 4 or 8 tentacles, others have hundreds or thousands protruding from their bell.

The jellyfish may be made up of mostly water, however, their potentially deadly stinging cells make them a force to reckon with in the ocean waters. You should never urine on a jellyfish sting, but instead, rinse the area with vinegar.